Teenage Mutant Ninja Turtles collectibles are some of the most highly sought-after treasures in the market. The comic books alone have grown red hot of late and are among the most desirable in the hobby, but collectors are also grabbing up nearly everything Turtle they can find, the more unusual the better. From toys to artwork to rare statues, anything TMNT is a must-have.

In Event Auction #48, ComicConnect is offering a large, wildly varied assortment of some of the rarest and most desirable Turtle items in existence; some so rare that even the most die-hard collectors may have never heard of them.

We begin with the crème de la crème, a mint CGC graded 9.8 copy of the first printing of the first issue, with recent sales in the $250,000 range. A CGC 9.4 first printing copy is offered, as well. Accompanying these are high grade copies of many of the earliest issues plus dozens of Turtle comics from a wide range of titles, many of which are signature series and sketch covers 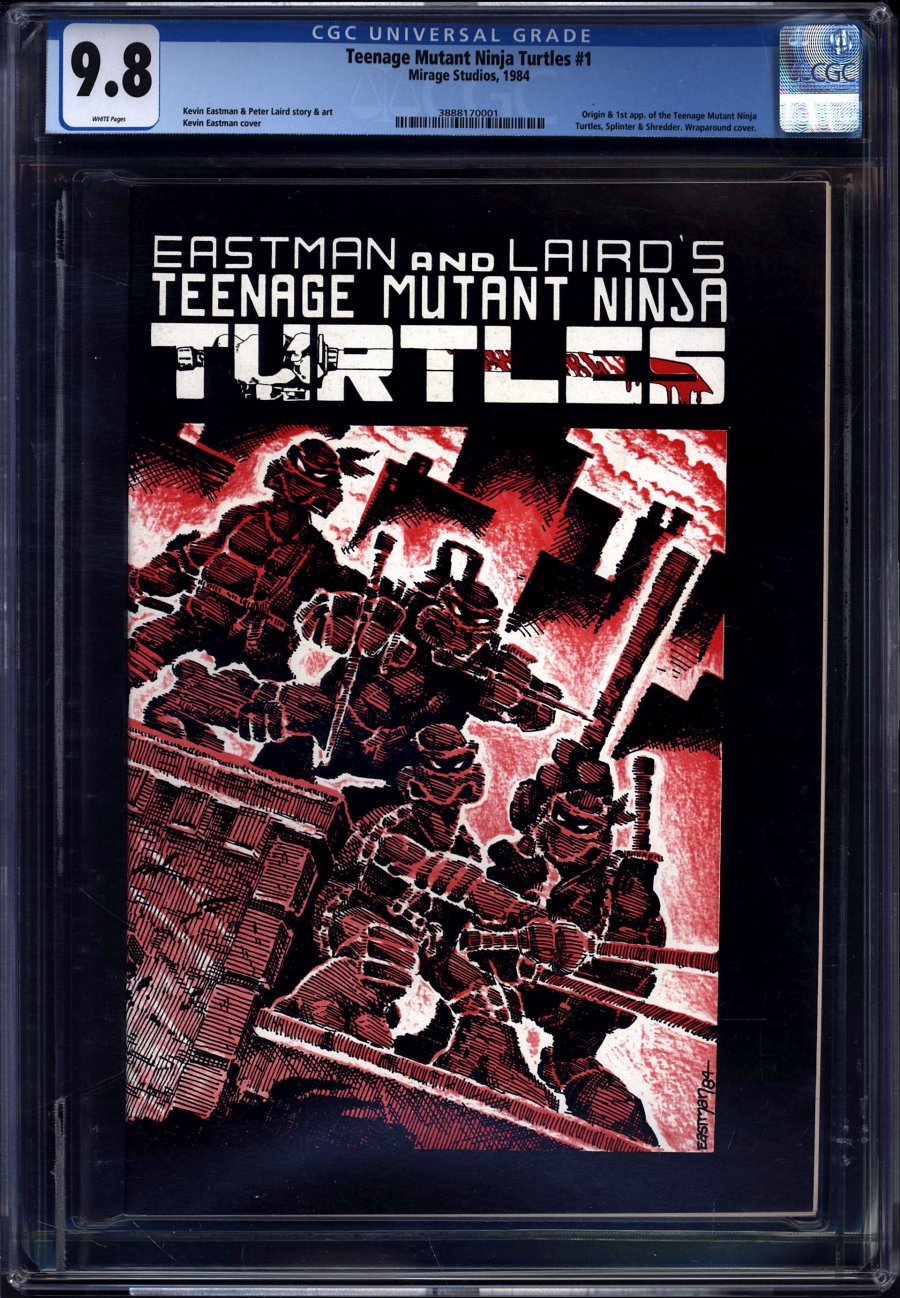 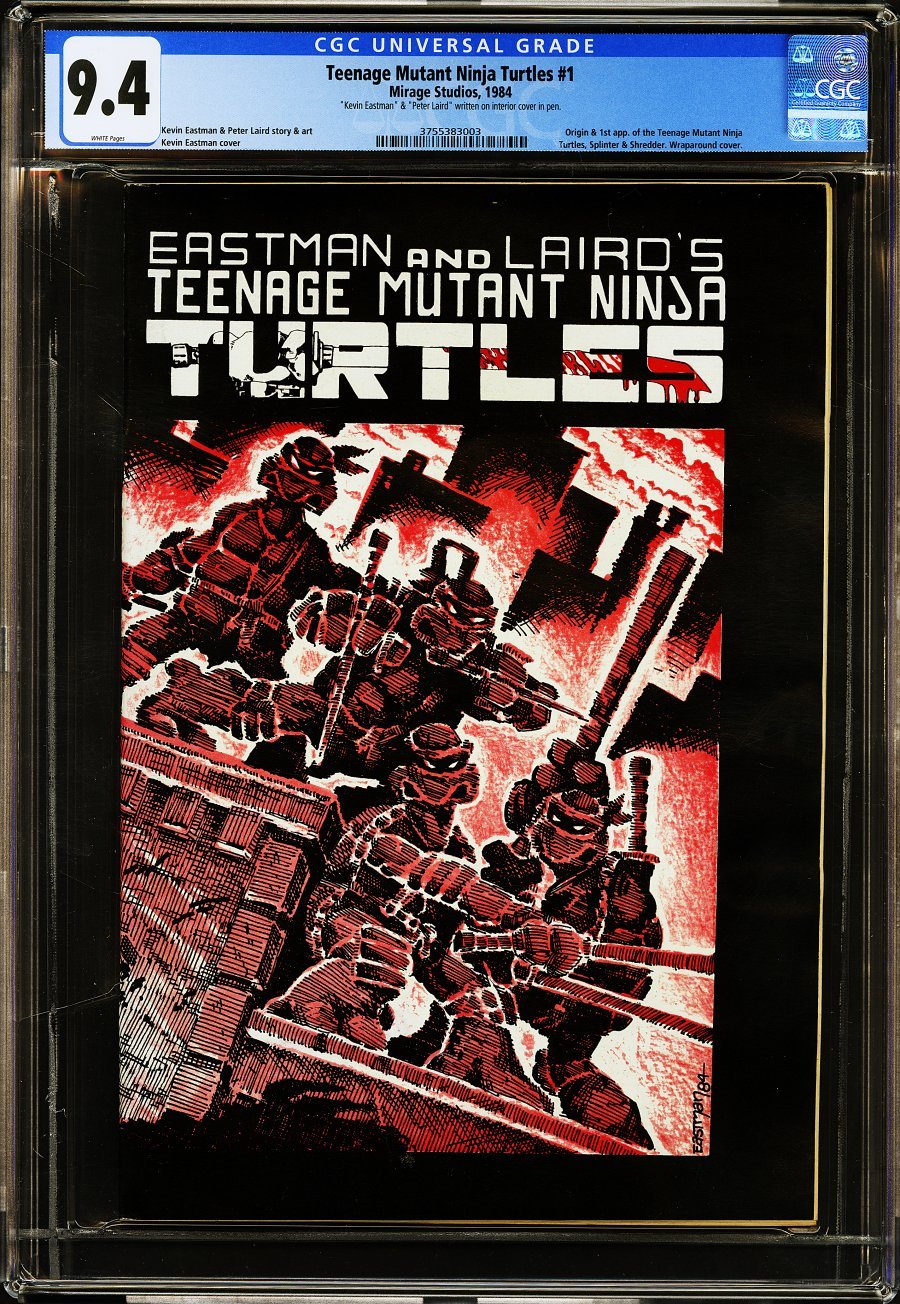 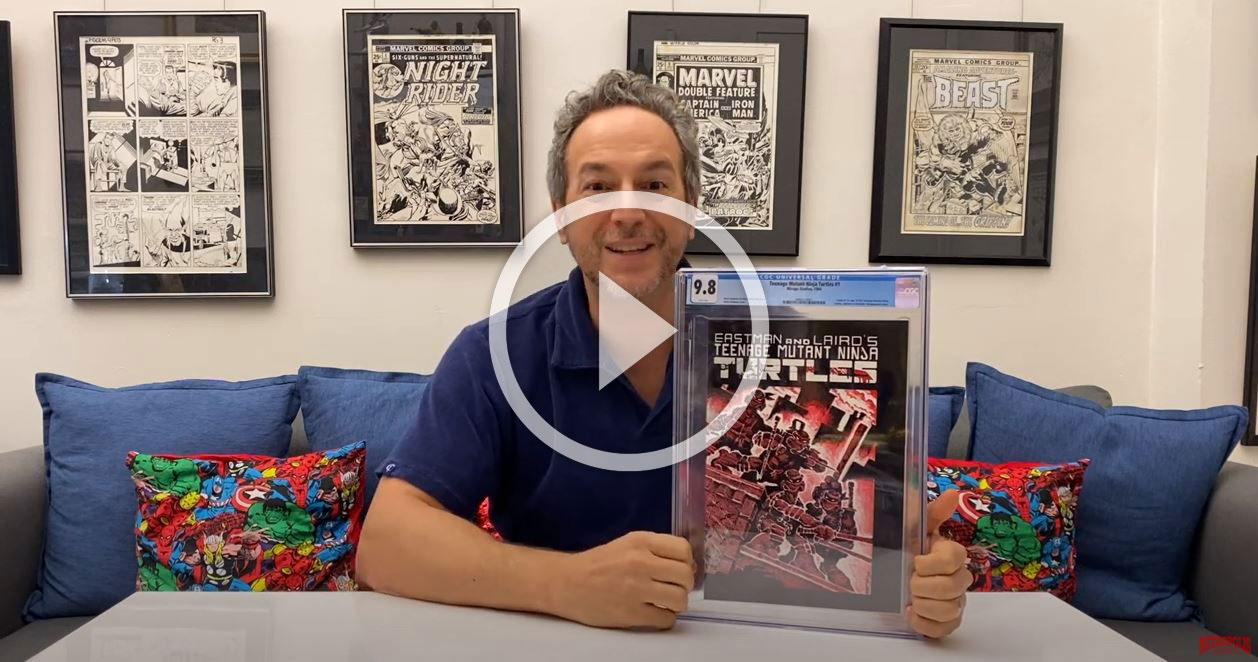 Just as exciting as the highest graded first issue is the inclusion of three of the rarest TMNT books in the world. Gobbledygook #1 and #2, ranked at numbers two and four on Overstreet’s top 25 Copper Age books, were self-published, handmade issues created by Eastman and Laird before the Turtles. The books contain the first ever printed version of the TMNT with each issue sporting a full ad on the back cover for TMNT #1. The comics were produced in incredibly small numbers, with reports as low as 50 copies of each issue published. These two copies are authenticated by Kevin Eastman as genuine and CGC-certified, with the first issue hitting 9.0 (VF/NM). In addition, both issues are signed and sketched on the Turtle ad by both Eastman and Laird, with Laird adding a sketch to the inside cover of each with the inscription “It’s Authentic!” 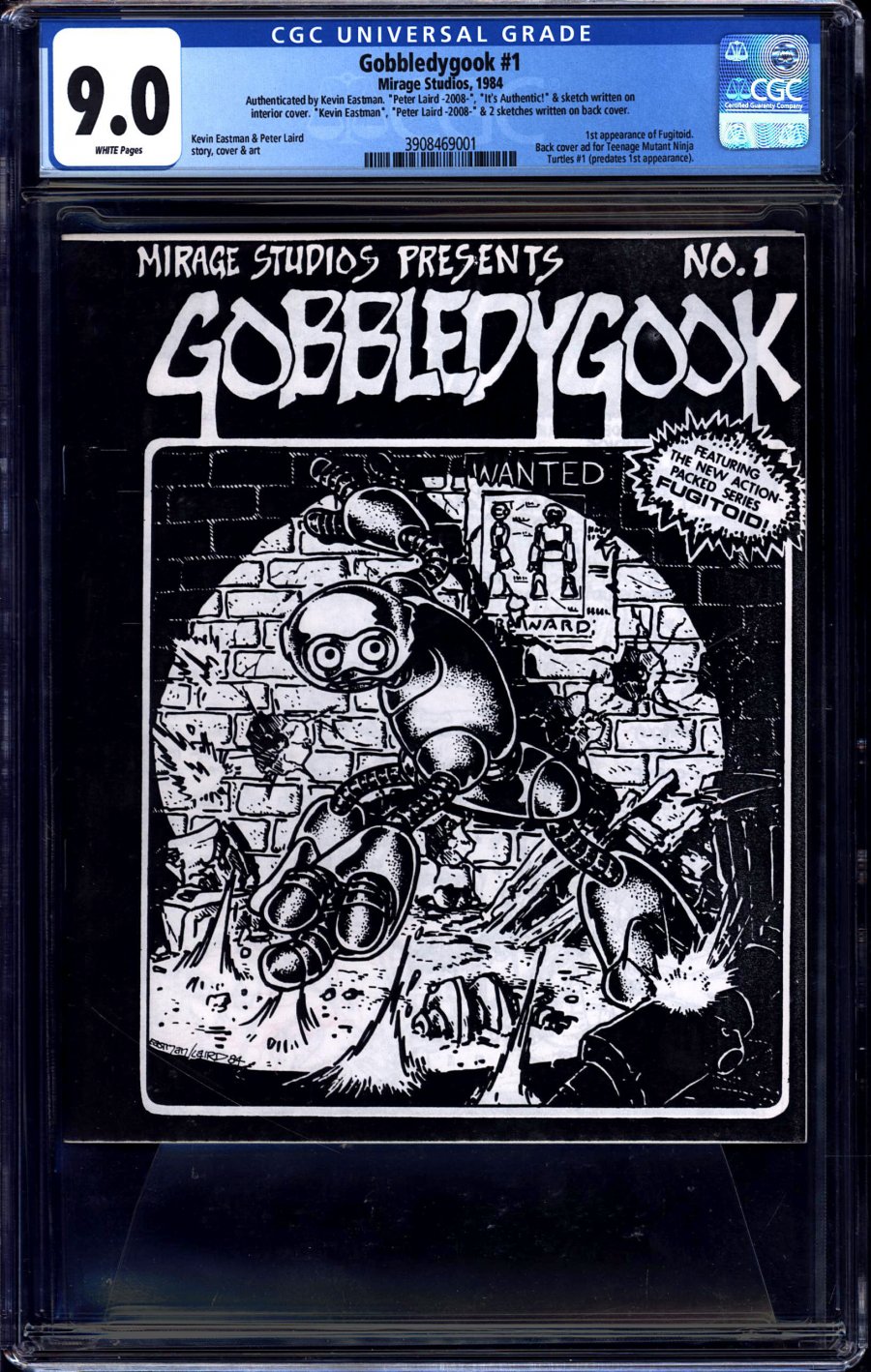 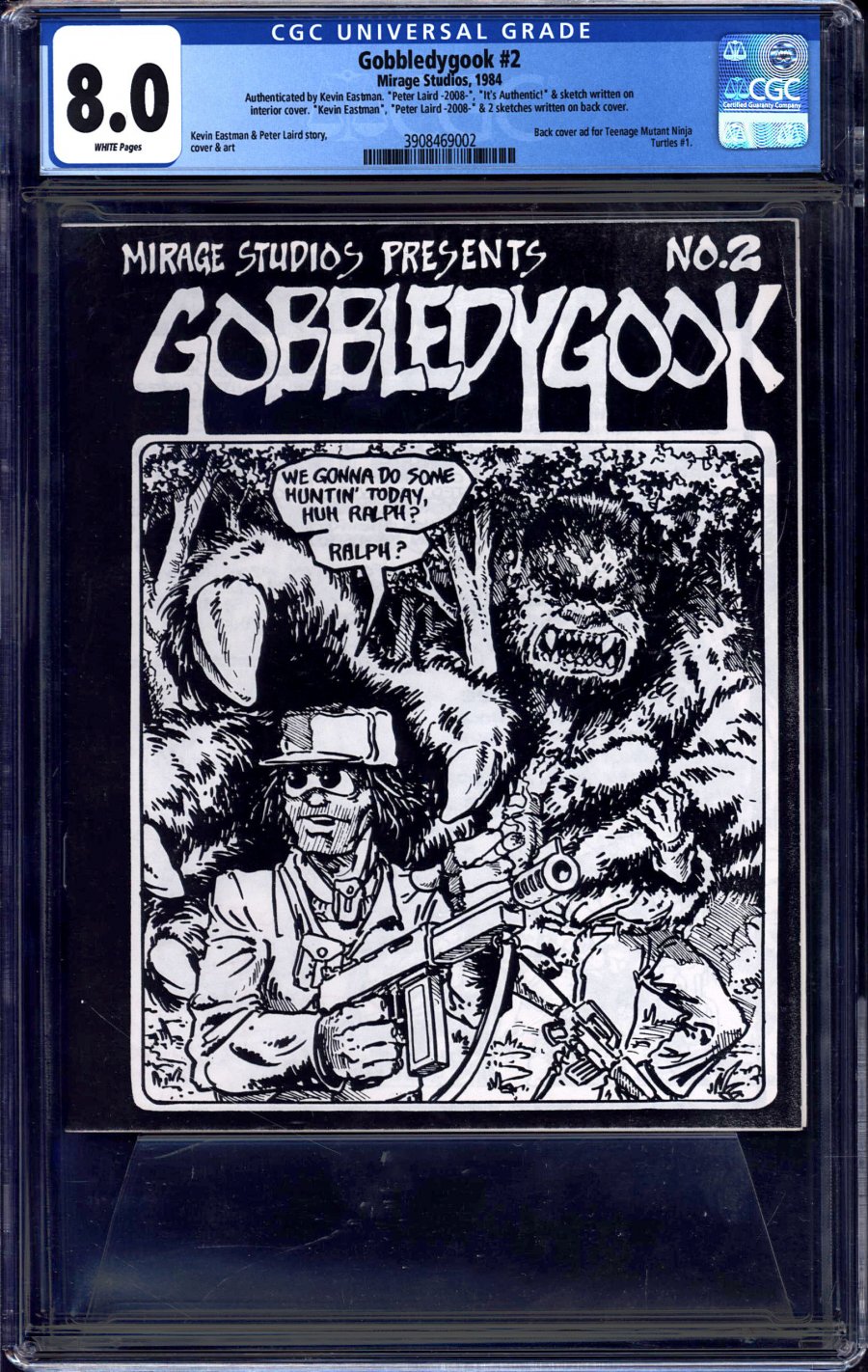 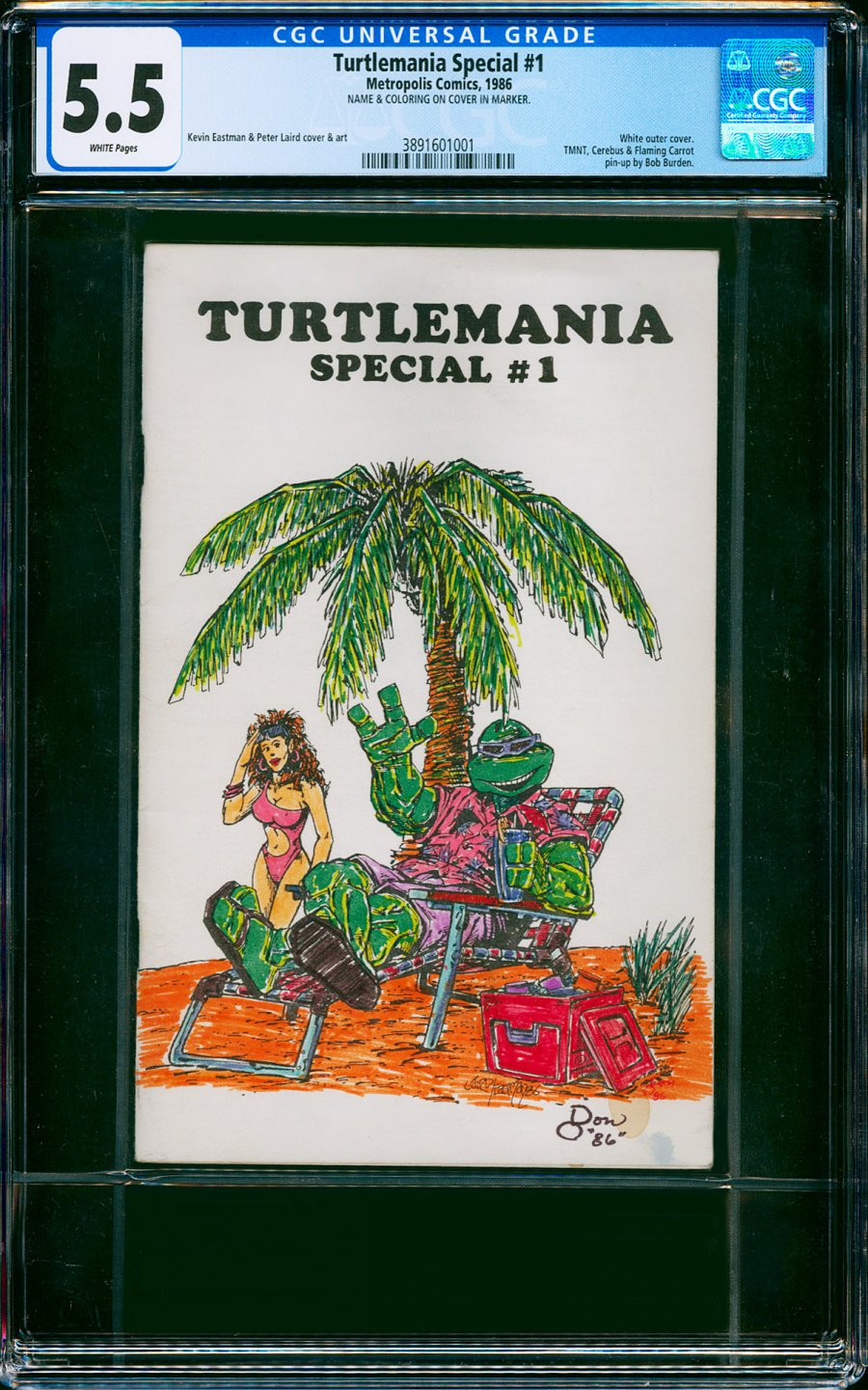 In addition, we couldn’t be happier to offer one of only 100 copies of the already rare and desirable Turtlemania #1, hand-colored at the time of production by Don Oropallo. These copies are so rare that they were unknown to most collectors until very recently, and to the best of our knowledge, no copies have ever been up for auction before. 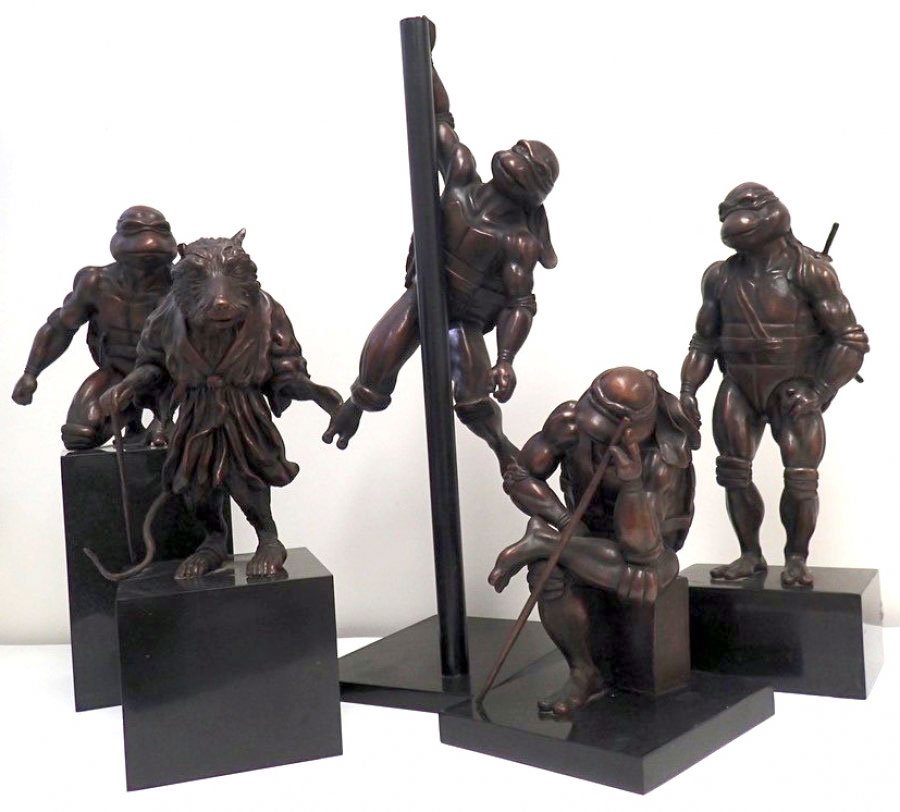 In the early 90s, Kevin Eastman produced a set of five bronze statues to be showcased and sold through his Words & Pictures Museum in Massachusetts. Only twelve sets, which included all four Turtles and Splinter, were produced placing them squarely amongst the absolute rarest of all Turtle items and we’re thrilled to offer these scarcely seen figures at auction. Reportedly, only five sets remain complete with matching numbers as Eastman and Laird each have set, with the other two at Playmates Toys headquarters and one at the University of Massachusetts Amherst Library, making this set likely the only compete set that will ever become available to investment collectors. 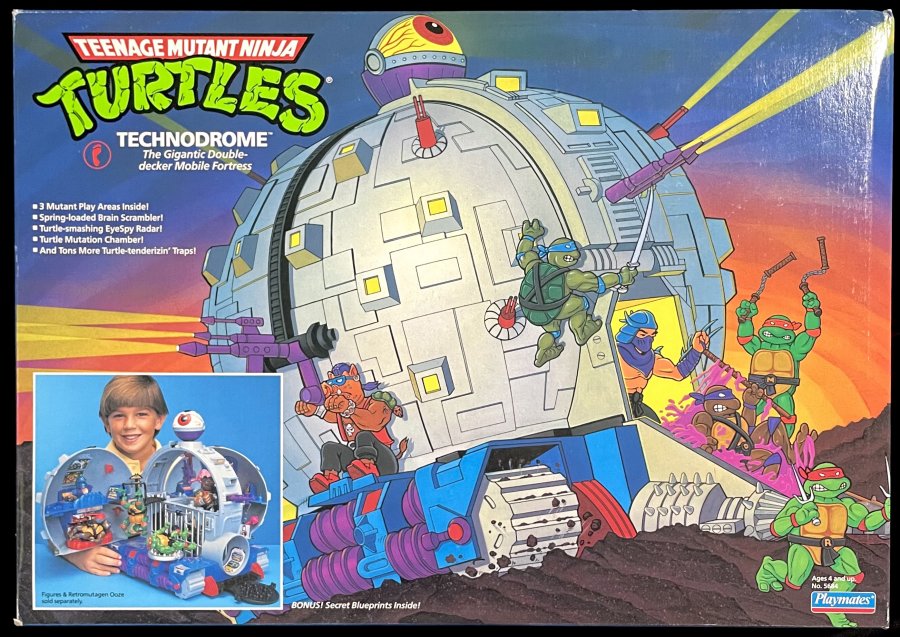 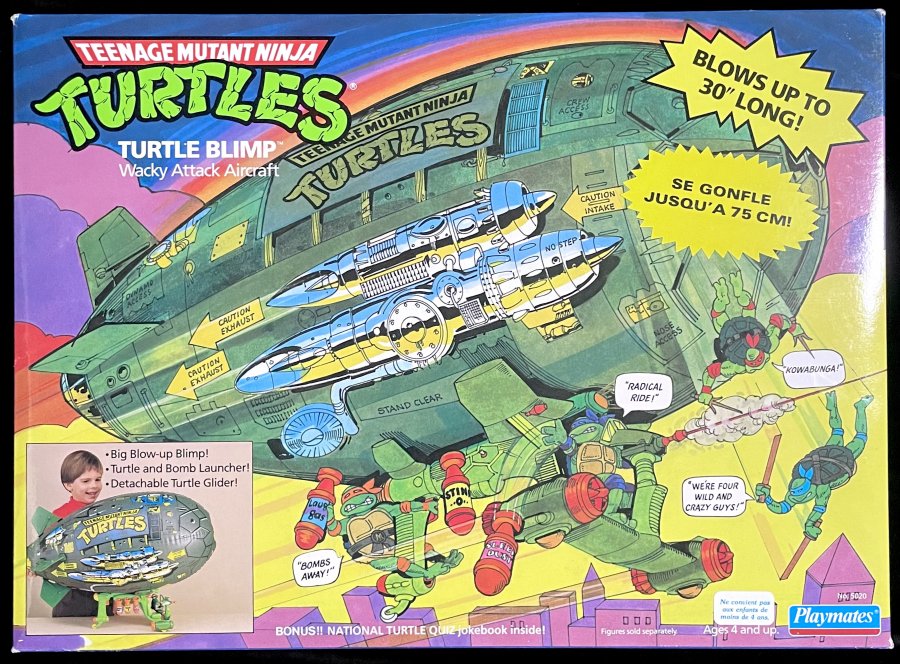 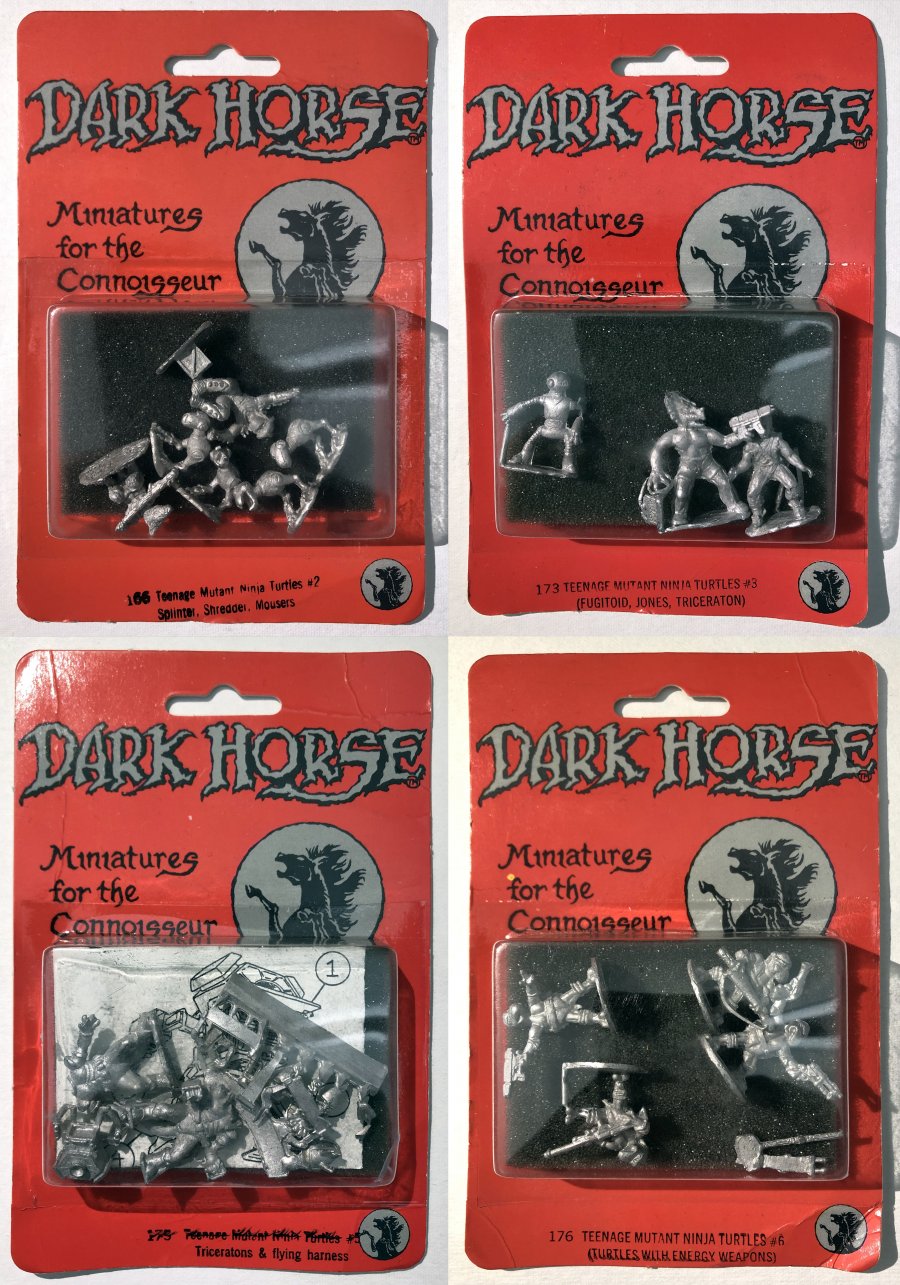 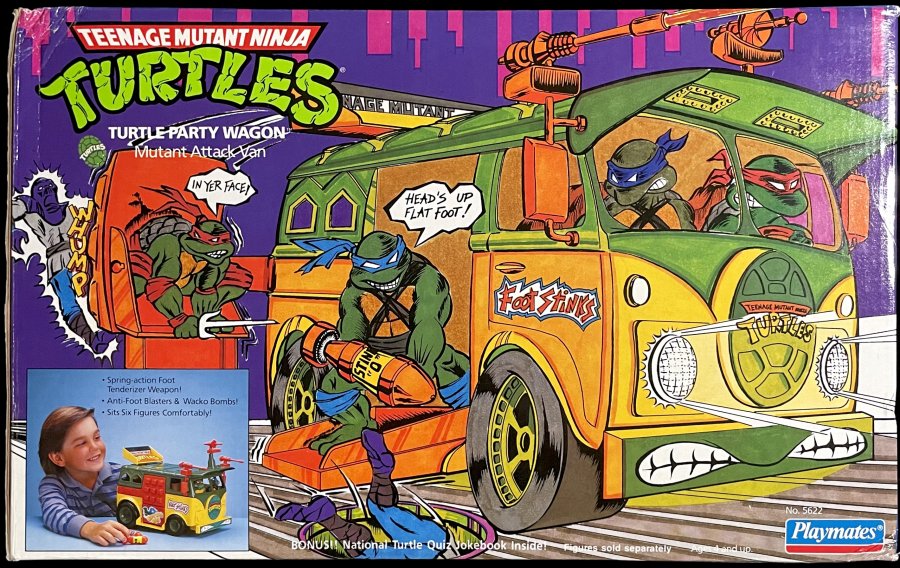 Ninja Turtle madness has also swept the world of toys with prices skyrocketing for 1980s vintage TMNT. In this auction, collectors may choose from a huge variety of early and rare TMNT toys and collectibles, including several unopened vehicles, an assortment of mint on card figures from Playmates, and a rare 2008 New York Comic-Con exclusive set of NECA’s figures based on their appearance in issue #1, signed and sketched by Eastman and Laird. Plus, a group of four sets of one of the first ever pieces of Turtle merchandise, lead gaming figurines produced in 1986 by the Dark Horse Miniatures company. 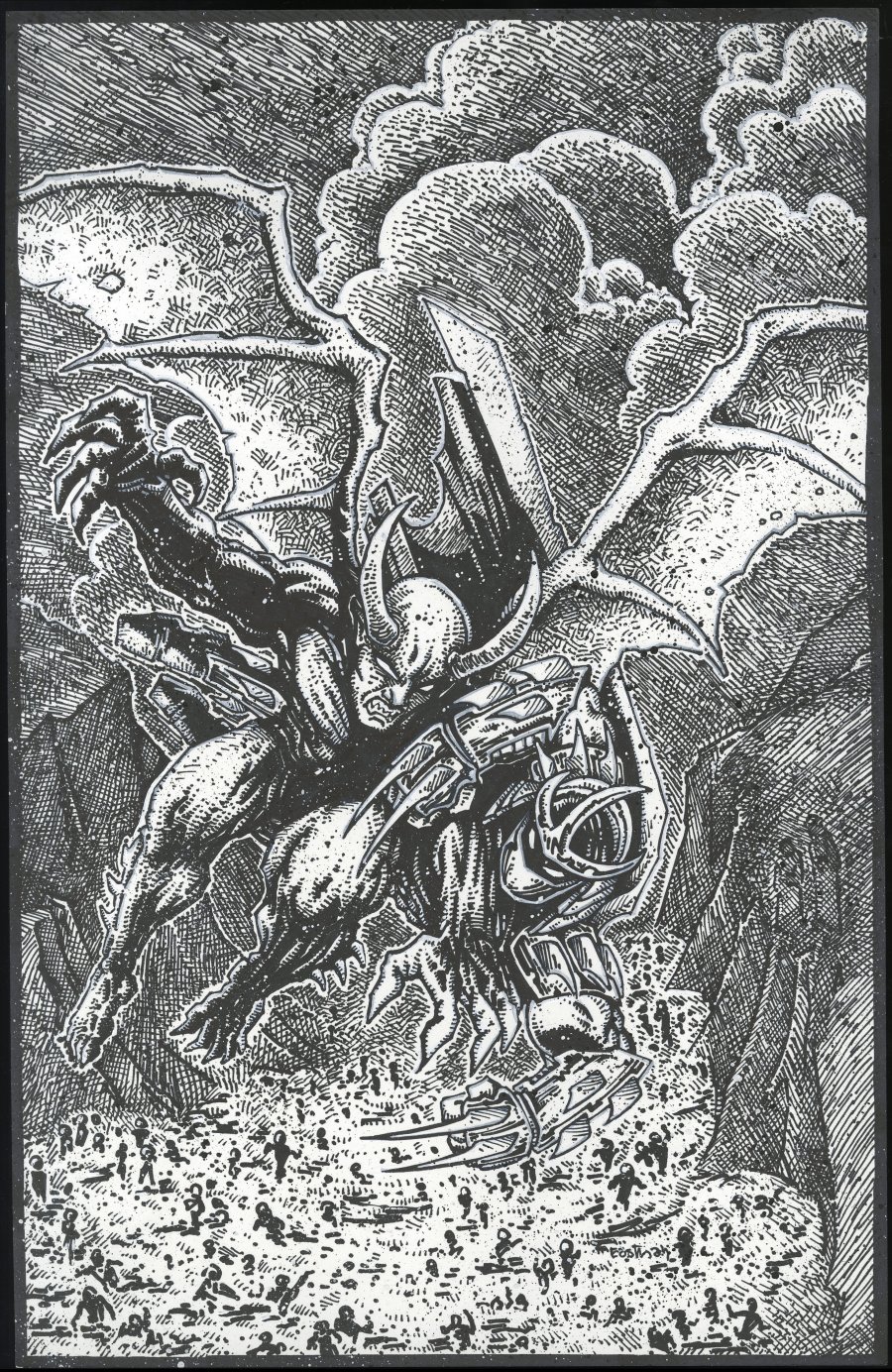 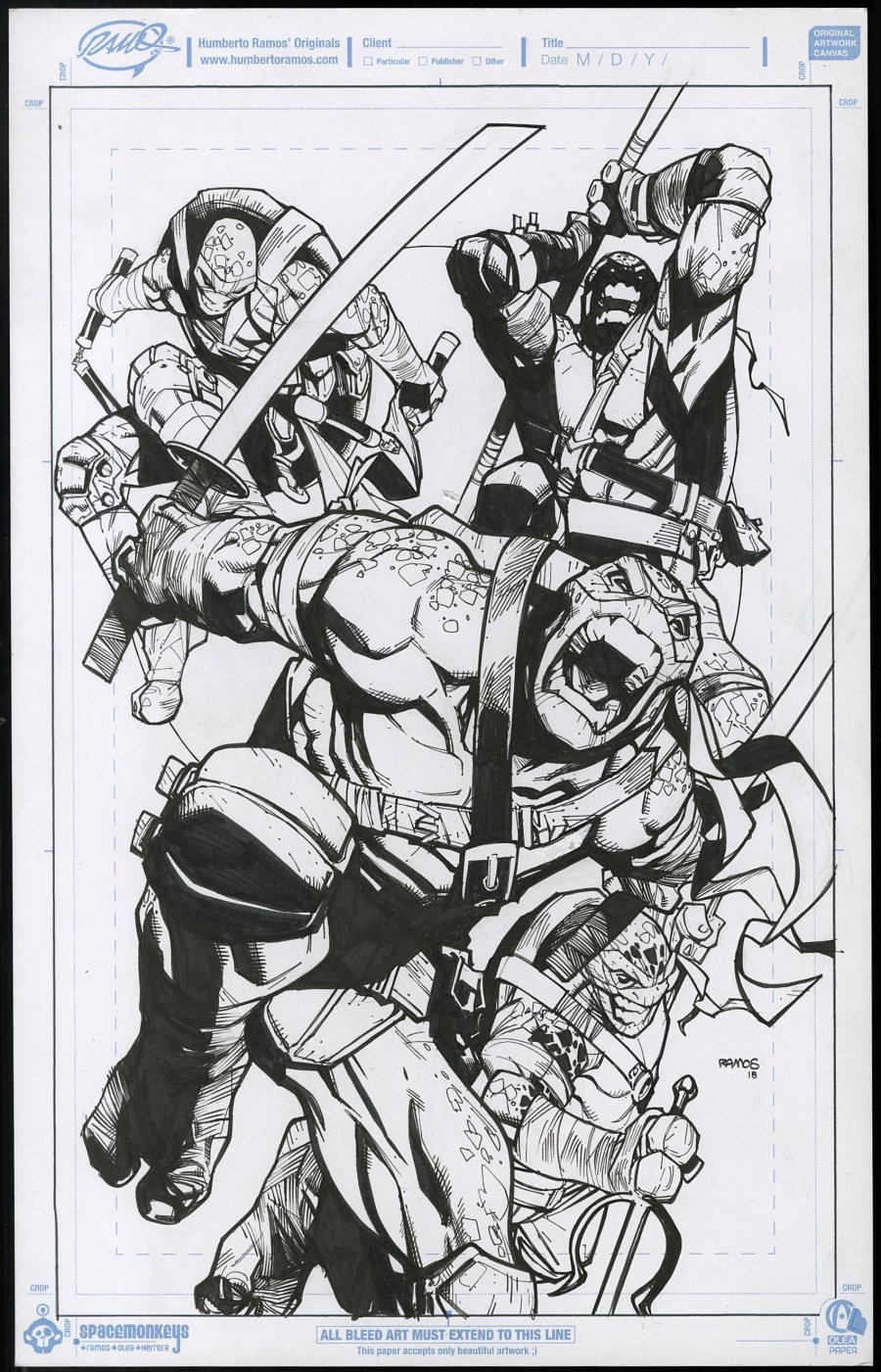 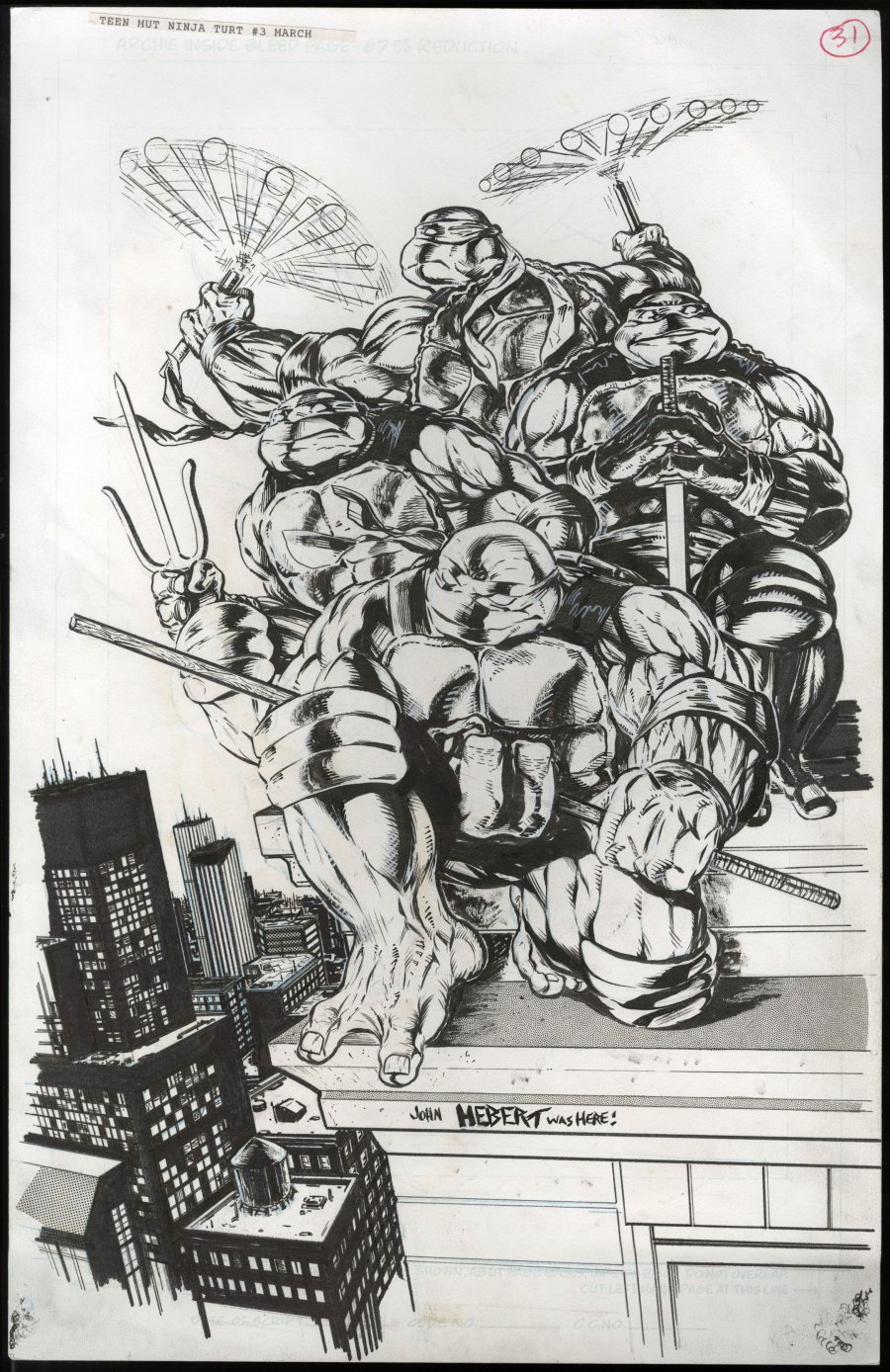 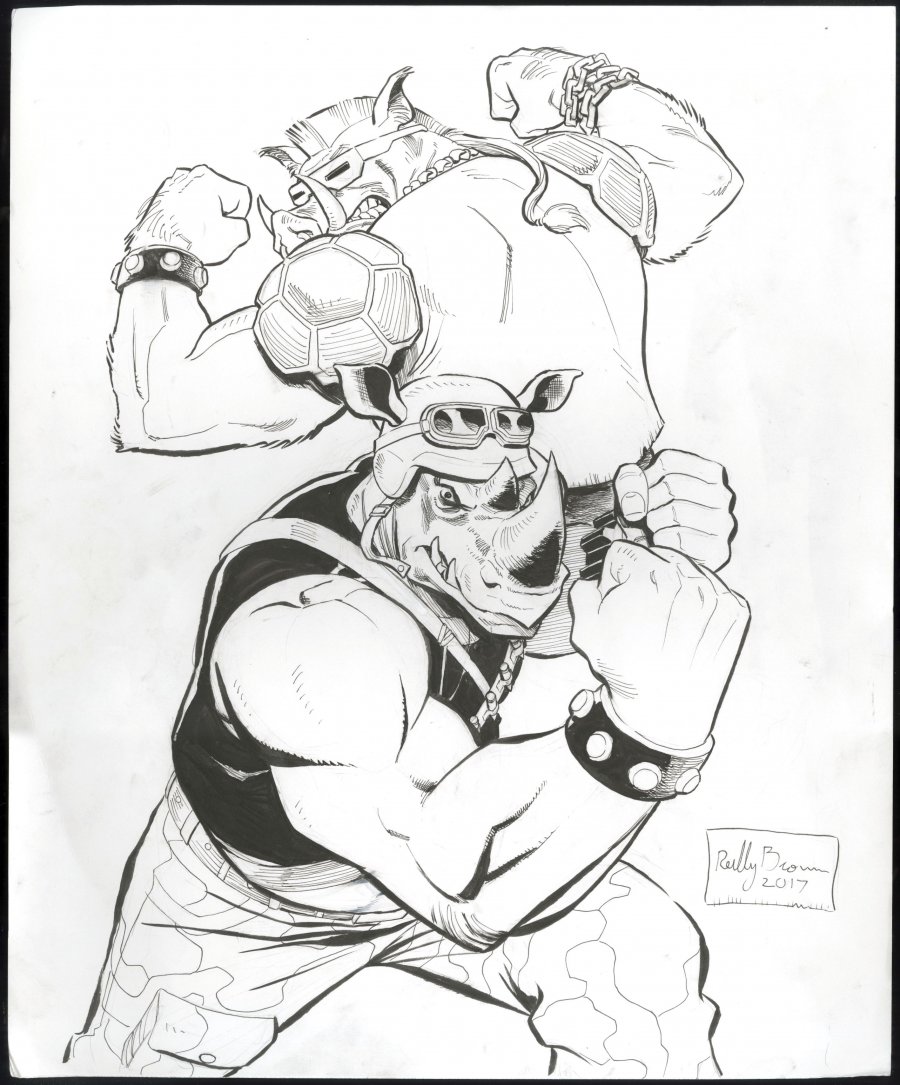 In addition, the special Teenage Mutant Ninja Turtle session includes scores of fantastic items. Original artwork, including a cover by co-creator Kevin Eastman from the Shredder in Hell series, a cover by fan favorite Humberto Ramos, a pin-up from the final issue of Teenage Mutant Ninja Turtles Adventures from Archie Comics, and a Bebop and Rocksteady illustration by Reilly Brown. There’s the full production proofs with notations to the deluxe sixth edition of #1, a sealed 9.0 graded copy of the 1990 feature film VHS tape, a rare San Diego Comic-Con exclusive print, and so many more unique, rare, and extremely collectible TMNT lots.

This is the largest assortment of Teenage Mutant Ninja Turtles items we’ve ever offered in a single auction, and we believe there’s something here for all fans, from long time collectors to new fans just beginning to embrace the pizza loving shenanigans of the Heroes in a Half-Shell.