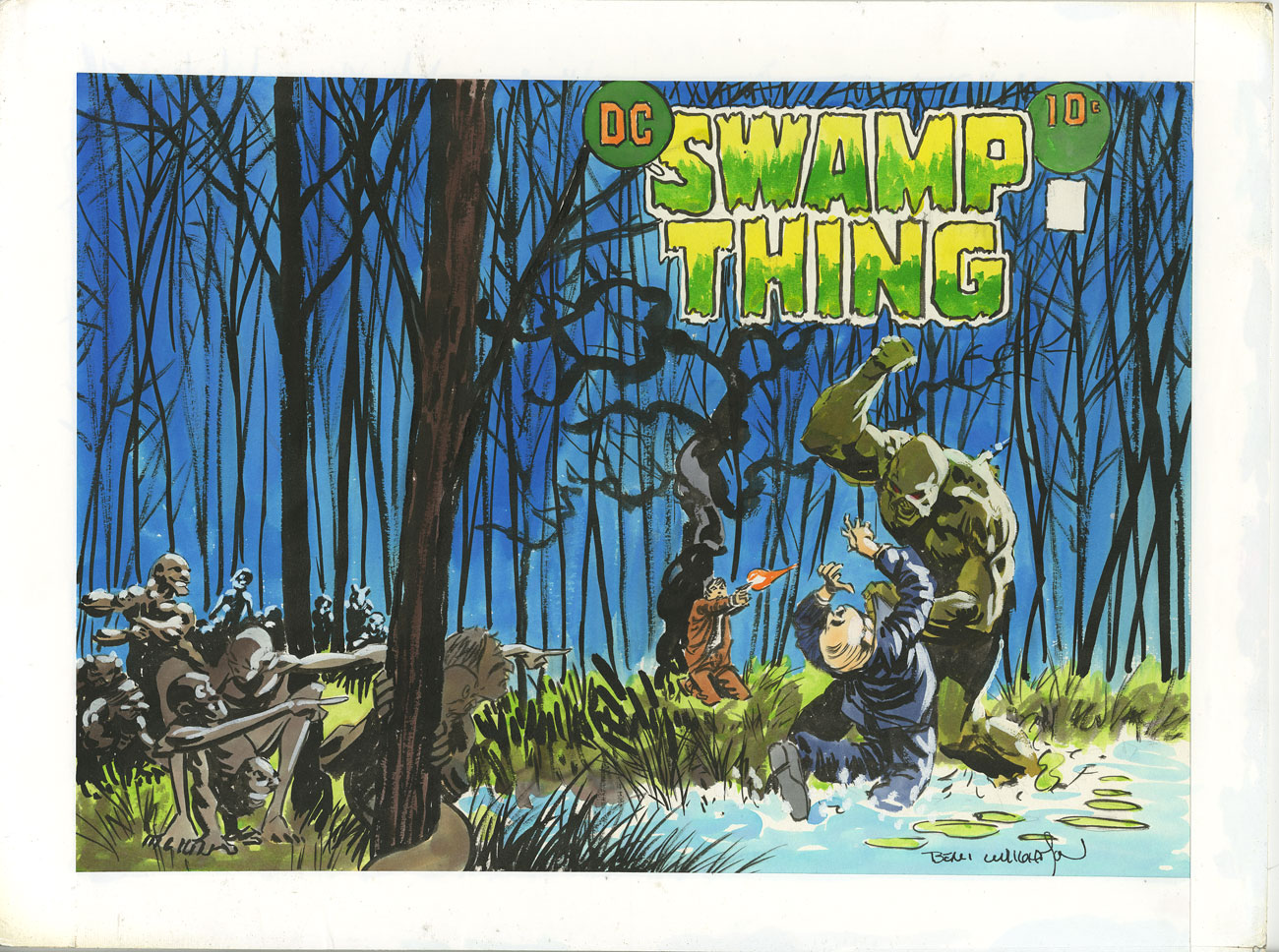 Watch
Prelim Cvr; Bernie Wrightson painted and signed; 12" x 16"
Wraparound cvr; 1977 DC Special SeriesDC Swamp thing vs Arcane & Un-Men, Matt Cable. Painted by and signed by Bernie Wrightson himself, this large thick illustration board features Swamp Thing in an action scene fighting a bad guy and being fired at from behind. A unique and original piece, this is a preliminary art-work that served as the inspiration for the final design of the front-cover of DC Presents The Original Swamp Thing Saga 1. The book was printed in 1977 as a part of the DC Special series that ran from 1977 through 1981 with each issue focusing on a certain hero. Although the comic is labeled as 1, the comic is the second issue in the Bronze Age series. Art is in excellent condition. The final comic cover is shown but not included.
Artist Information