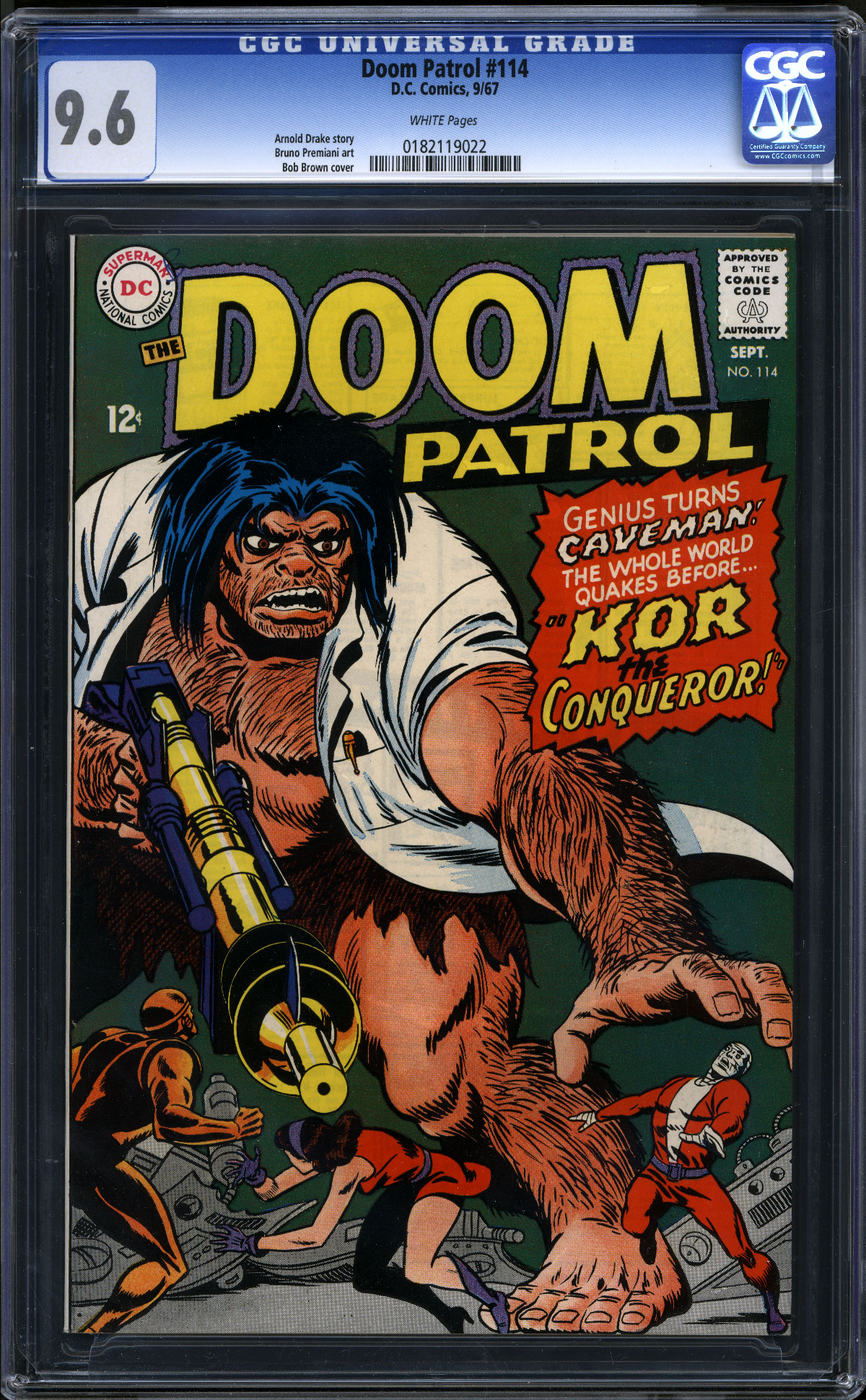 Watch
white pgs
Kor the Conqueror
Highest GradedCover art by Bob Brown. Kor--the Conqueror, script by Arnold Drake, art by Bruno Premiani; A scientist tries to send himself back in time to get away from his governement, but he accidently turns himself into a caveman, and he tries to destroy the city. Cap's Hobby Hints activity half-page by Henry Boltinoff. The Kid Who Was King of Crooks starring Beast Boy, script by Arnold Drake, art by Bruno Premiani; two criminals "rescue" Gar from the jungle, and use him to commit their crimes.
Artist Information