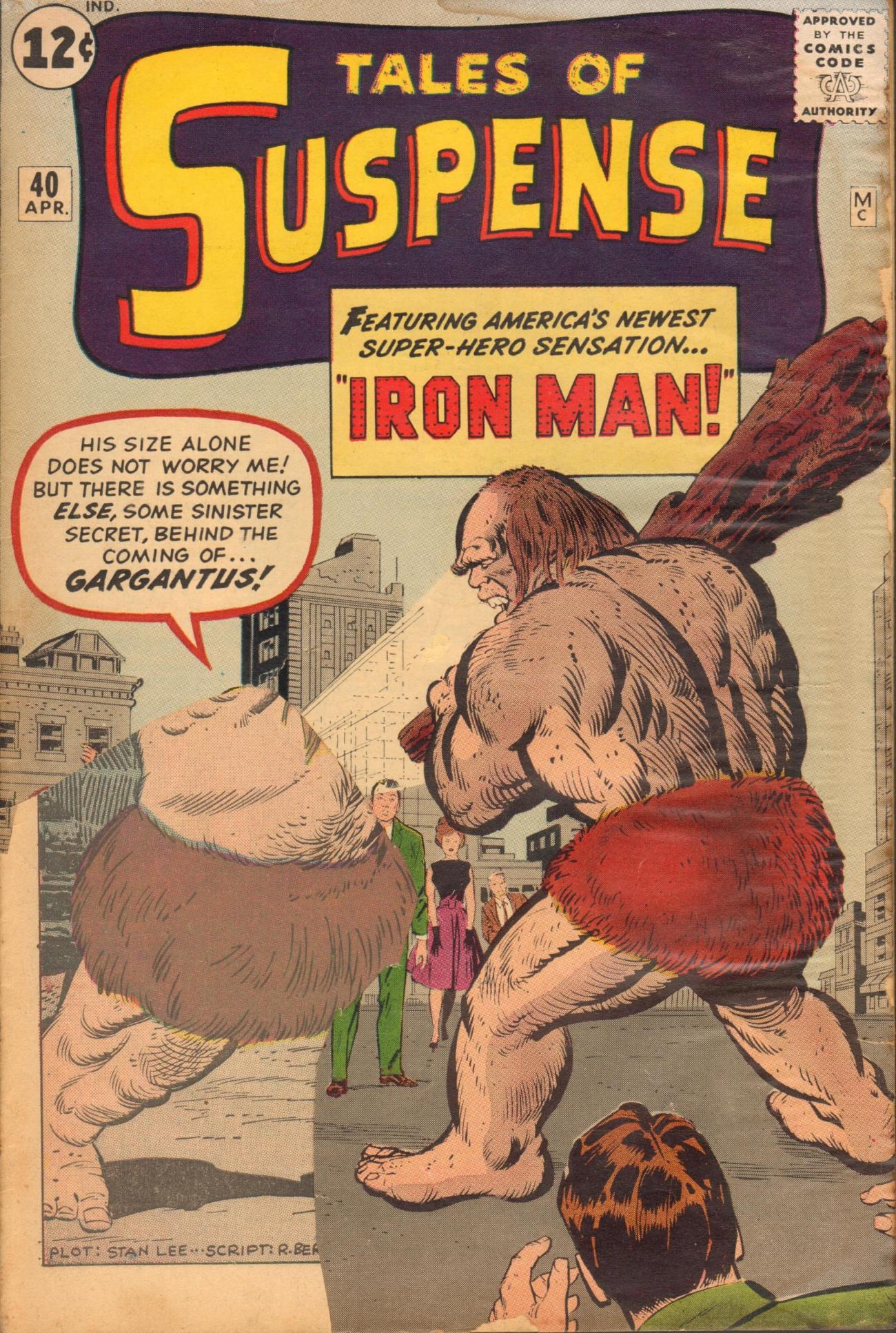 $75.00
Highest Offer
1
Offers
Offer Confirmation
You are about to submit an offer of . If accepted, you are legally obligated to purchase the book. Are you sure you want to continue?
Buy Confirmation
You are about to buy this item for , and will be legally obligated under the terms of our User Agreement to pay for it in a timely fashion. Continue?
PUBLISHER: Marvel
COMMENTS: Cream to off-white pgs; large pc cut out fc; ws fc bc
Kirby, Ditko art; 2nd Iron Man; 1st Gold Armor
Read Description ▼
Sell One Of These Inquire About This

Watch
Cream to off-white pgs; large pc cut out fc; ws fc bc
Kirby, Ditko art; 2nd Iron Man; 1st Gold ArmorAs with the Hulk, the first appearance of Iron Man proved a hit with readers but a pain for the production department, as the characters' initial grey armor design proved tough to pick out in the dizzying interior art squeezed into his short but memorable debut. Back to the drawing board, and the simple solution of recoloring his armor into a dazzling expanse of shimmering gold. The look still wasn't complete, and fans of the modern Iron Man will still be puzzled by his utilitarian design, but it was a step closer to perfection, and boy did it pop on the cover. Note, also, that Marvel still wasn't above hedging its bets, laying out this cover to somewhat resemble the monster mash imagery that were its bread and butter before the shift to hero books, especially the cave-dude on the right, who looks like he could have wandered in from one of the pre-hero horror covers by accident.
Artists Information