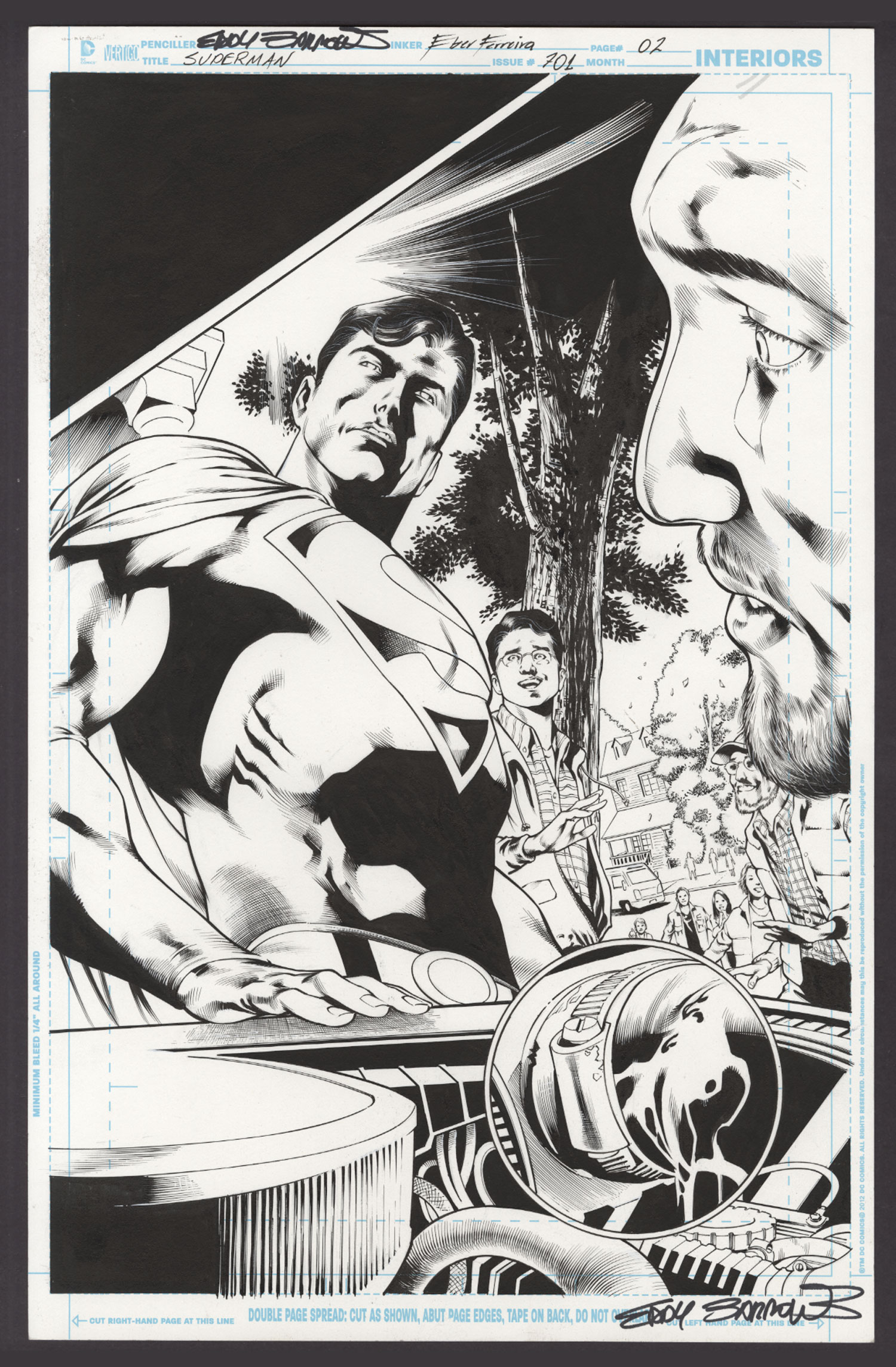 $288.09
Sold For
14
Bids
This auction has ended.
PUBLISHER: DC
COMMENTS: Pg. 2; Eddy Barrows pencils and signed, Eber Ferreira inks; 11" x 17"
Read Description ▼
Sell One Of These Inquire About This

Eduardo Barros is a Brazilian comic book artist, better known by his pen name of Eddy Barrows. He is best known for his work at DC Comics on such titles as Birds of Prey, Countdown to Adventure, Action Comics, Superman, Teen Titans, and 52.

An Illustrator and Advertising professional, Eber joined the International comics market as an Inker. His highly detailed, meticulous style got him jobs among many small press Publishers until he got to DC Comics, where he established a fruitful enduring partnership with Artist Eddy Barrows.