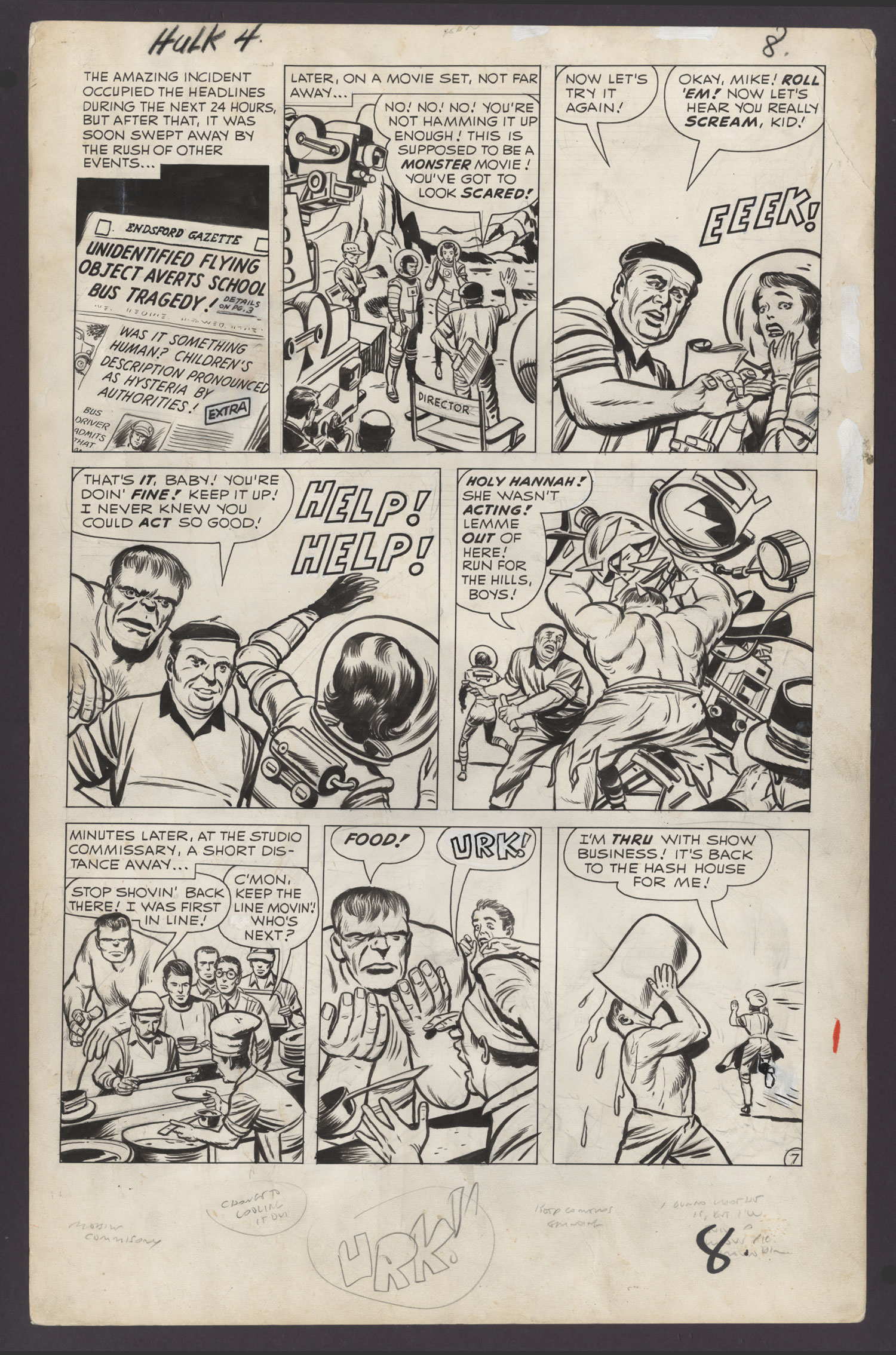 Watch
Pg. 8; Jack Kirby pencils, Dick Ayers inks; 14" x 22"; professionally matted and framed 20.5" x 28.5"Comic books were made to be comic, or at least fun. We sometimes forget that in this era of anti-heroes and flawed, grim legends. There's a persistent line of thought that the Stan Lee/Jack Kirby assault on the comic industry via 1960's Marvel brought a new realism to comics that kicked against the prevailing blandness of the time. A quick glance at early Marvel comic books shows just how wrong this thinking is. Witness this rambunctious, loopy page from the "King" himself, ably inked by unsung hero Dick Ayers, which pretty much owns up to how ridiculous the idea of a seven-foot-tall green behemoth really is. It's the intricate melding of over-the-top comic book goofiness with a more grounded, cynical approach born of both creators' deep New York City roots that made Marvel such a bracing change of pace in Atomic-era America.

Silver Age original comic art is notably tough to track down, as much of it was tossed, destroyed or otherwise neglected by paranoid publishers and editors too shortsighted to appreciate the future potential of these fine pieces of illustration. Kirby's earliest Marvel work, as a result, attracts furious bidding when it does come to market, as one never knows when the next example may become available. This unique and wonderful page not only shows the maestro's rock-solid hero work, but his sharp sense of pacing and timing, as well as atmosphere. Hulk never goes off-model here, and the art remains lifelike and grounded, yet subtle panel composition and facial expression keep a wry, sly mood throughout. A simply marvelous piece (pun not intended sorry) sure to excite and delight Hulk-amaniacs.