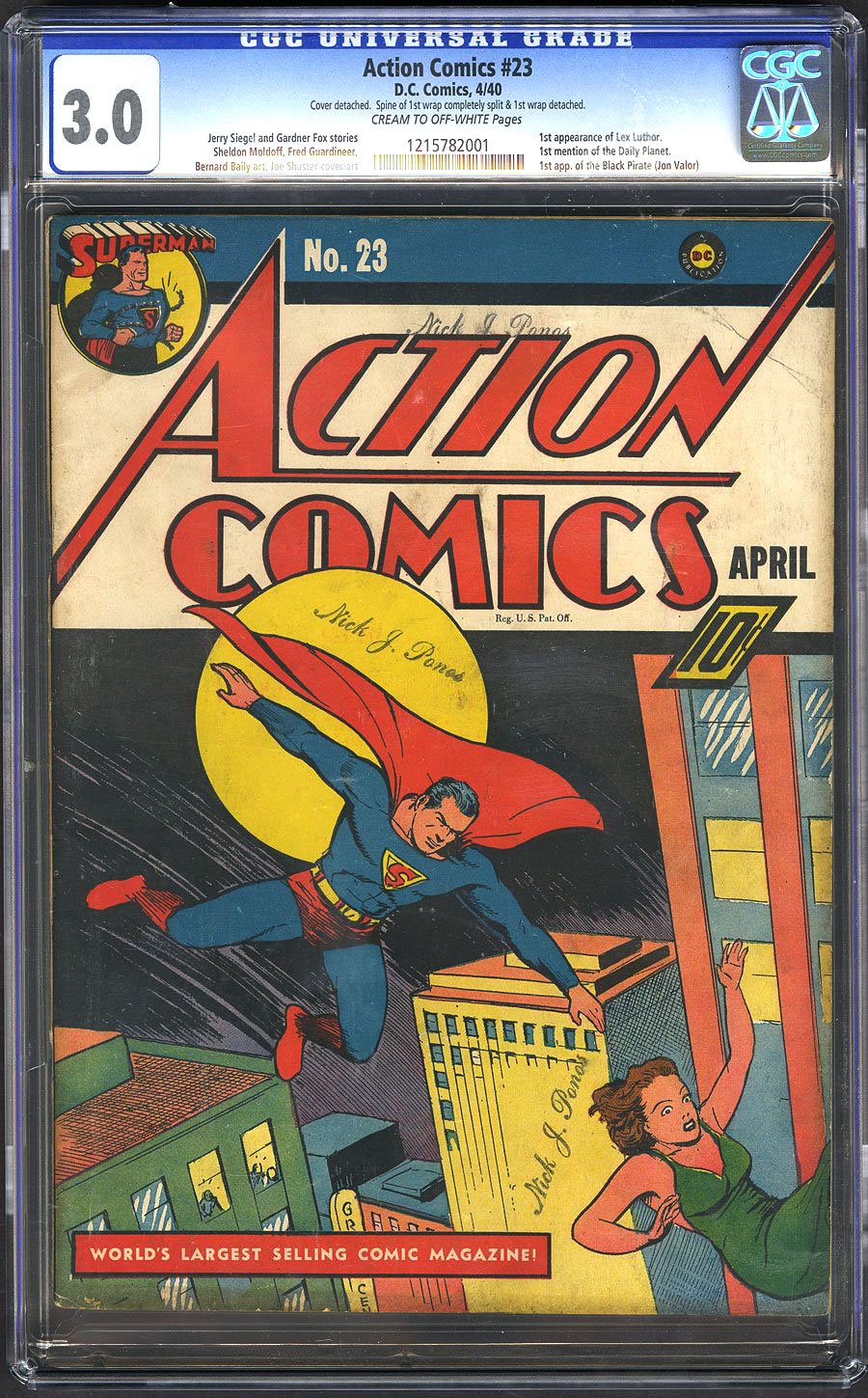 Watch
crm/ow pgs; cvr dtch, spine of 1st wrap completely split & 1st wrap dtch.
Joe Shuster cvr/art; 1st app. of Lex Luthor; 1st mention of Daily PlanetJust as Sherlock had Moriarty, so does Superman have his Alexei "Lex" Luthor, the template for all super-nemeses to follow, and arguably one of the best-known literary creations of the 20th Century in his own right. Initially, a standard evil-genius-with-a-death-ray stereotype developed by Siegel and Shuster for one of the anti-war potboilers for which the series was first known, Luthor quickly gained a style all his own, with a subsequent fan following, and flourished into one of the all-time great baddies. This comic features the first appearance of the character and is among the rarest of Golden Age keys.

With approximately 130 examples of this rare and popular issue on the census, serious Superman collectors pay close attention when any copy surfaces at auction, thanks to the iconic cover image and the historical importance of this book. Exhibiting telltale signs of its fine vintage, this 3.0 Action #23 is sure to be a hotly contested item for those shopping for this important comic. The colors remain robust on the famous Shuster illustration that adorns this original condition classic.