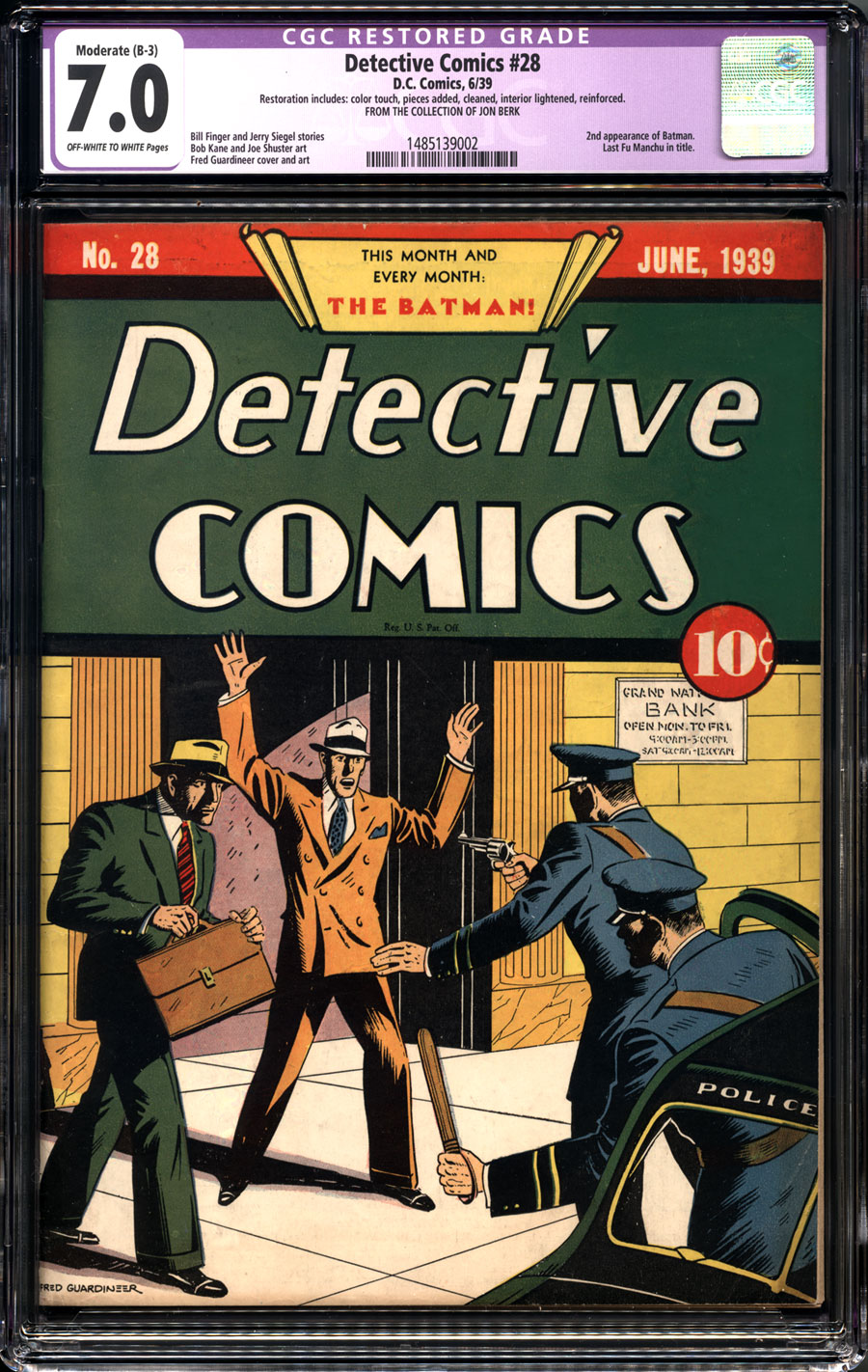 Watch
ow/white pgs; Mod(B-3) ct, pcs added, clnd, int lightened, reinf
2nd app. of Batman; Kane, Shuster, Guardineer art (6/39)
Jon Berk CollectionThis might be the most undervalued non-key in the Overstreet Guide. Perhaps the cover led collectors astray, not realizing its importance as the second-ever appearance of the Batman. Within, though, Kane and Finger were doggedly building the noirish mythology of their shadowy new hero, easily outshining the Slam Bradley and Fu Manchu features shoring up the rest of the book. By the time this issue roared off stands and into adolescent back pockets, DC was no longer uncertain about the potential of their new creation.