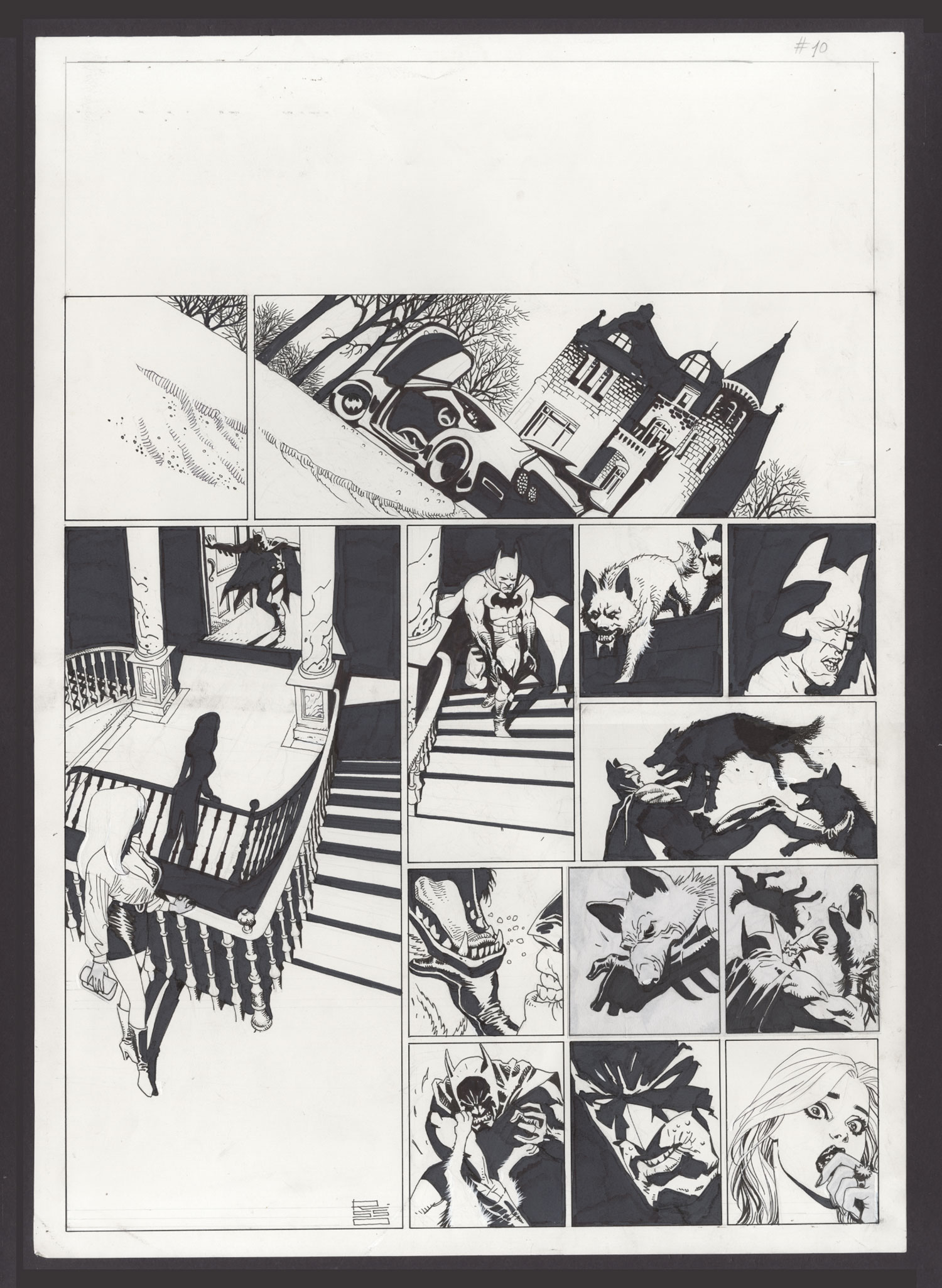 $1,550
Sold For
31
Bids
This auction has ended.
PUBLISHER: DC
COMMENTS: Eduardo Risso pencils, inks and signed; image size 14" x 16"
Read Description ▼
Sell One Of These Inquire About This

Watch
Eduardo Risso pencils, inks and signed; image size 14" x 16"Wednesday Comics was originally published in July of 2009, in a large format intended to mimic the Sunday funnies that are regularly included in newspapers, where many popular comic characters got their start. The series included fifteen pages, each with a different strip by a different set of writers and artists. This impressive page from Argentinian artist Eduardo Risso adorned the front page of issue #10. It shows Batman battling a couple of aggressive dogs as a mysterious woman looks on from a balcony. The page has the noirish mood typically associated with Batman since the Golden Age, and Risso's assured technique and powerful employment of shadow, framing and perspective make this page a definite draw for Dark Knight comic art fans.

Eduardo Risso is an Argentine comics artist. In the United States he is best known for his work with writer Brian Azzarello on the Vertigo title 100 Bullets.