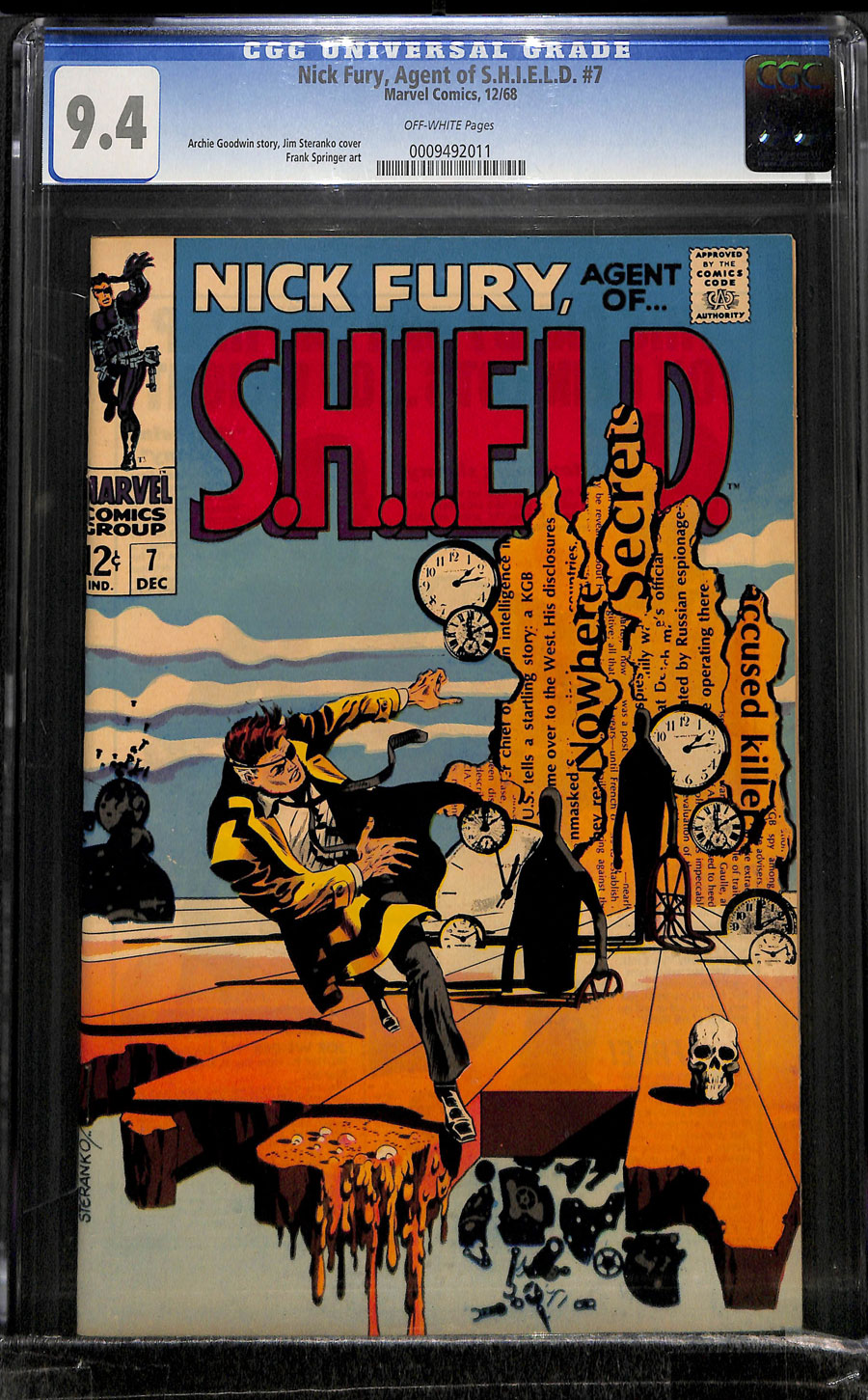 $123
Sold For
4
Bids
This auction has ended.
PUBLISHER: Marvel
COMMENTS: off white pgs
Steranko Dali cover - how cool is that? (12/68)
Read Description ▼
Sell One Of These Inquire About This

Watch
off white pgs
Steranko Dali cover - how cool is that? (12/68)
Artists Information