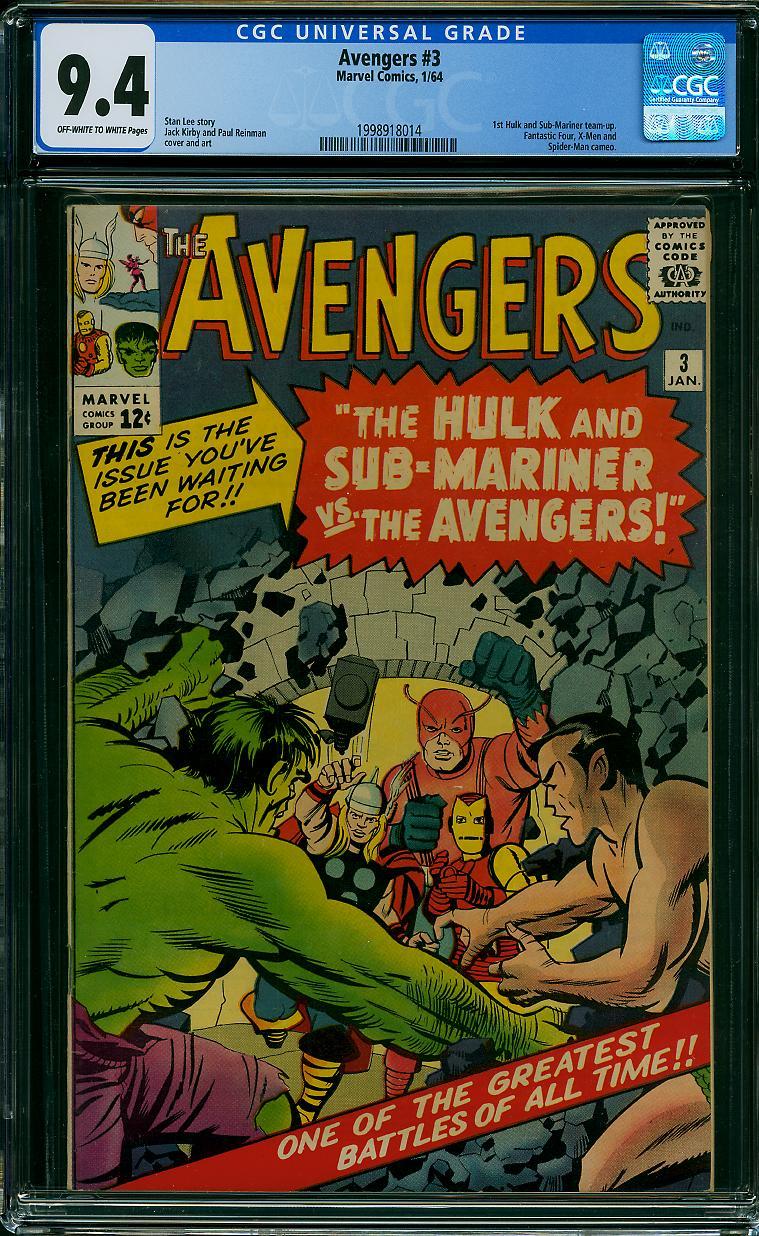 Watch
Off-White to White pages
Sub-Mariner & Hulk Team-Up; Fantastic Four, X-Men, Spider-Man app. (1/64)It's weird to imagine now in our modern age of constant crossovers and unending events, but it was once a novelty to see superheroes wandering around in one another's books and stories. Marvel gleefully broke that barrier, along with so many others, first by having their headline heroes such as the FF show up to boost sales for the first Spider-Man issue, then having heroes like Thor stumble around in the main Fantastic Four title to make readers aware of his Journey Into Mystery adventures. By the time this issue came out, it was becoming de rigeur to find mismatched superpowers bumping into one another in any number of Marvel titles, but even jaded readers must have gotten a thrill from this cover, seeing the infamously ill-tempered despot Namor alongside the ultimate personification of young male rage, the Hulk, both going up against the mighty Avengers. Also notable is the fact that the hero troupe look distinctly stunned and freaked out by the intrusion. Instant newsstand success!
Artist Information