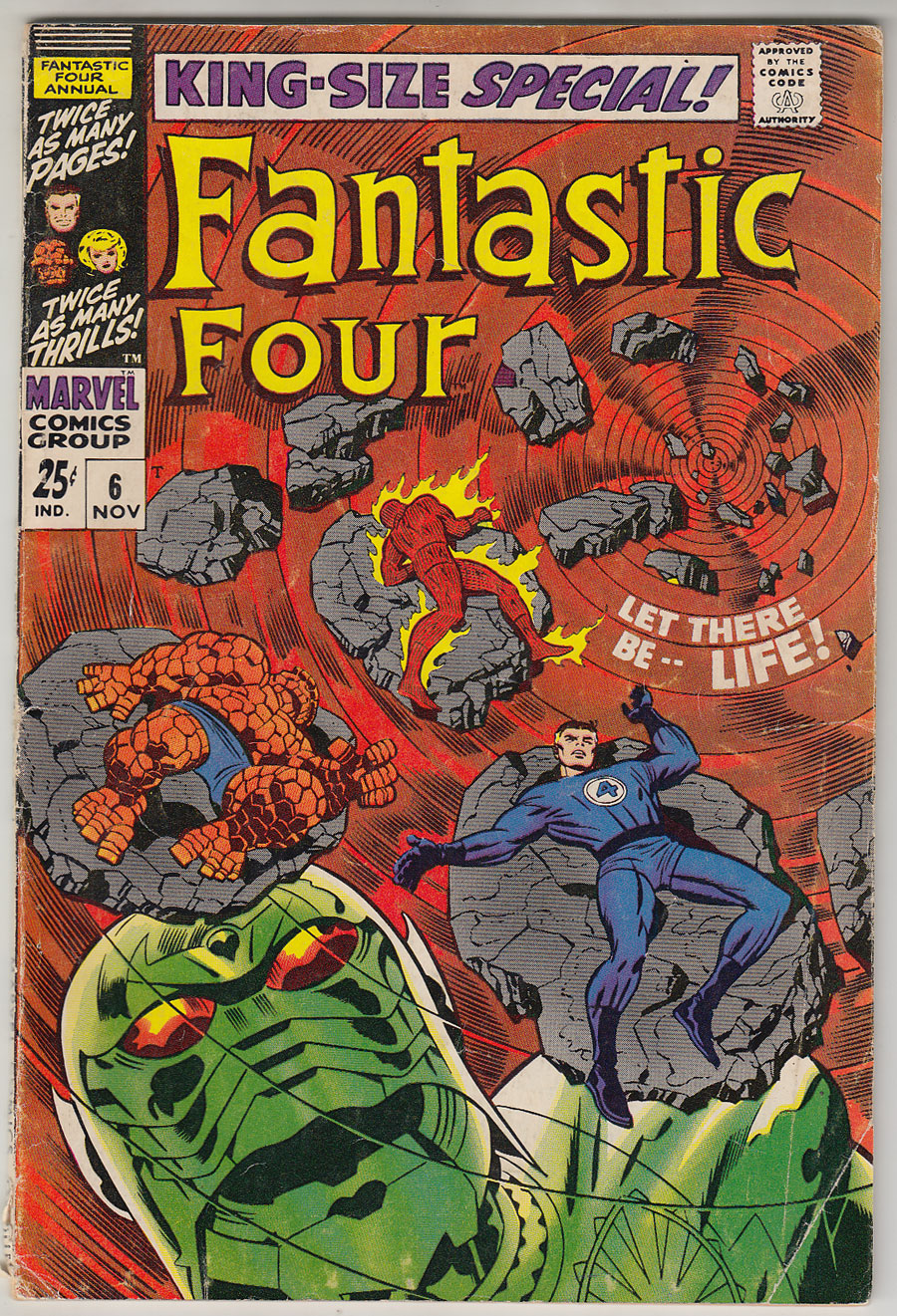 $111.00
Highest Offer
15
Offers
Offer Confirmation
You are about to submit an offer of . If accepted, you are legally obligated to purchase the book. Are you sure you want to continue?
Buy Confirmation
You are about to buy this item for , and will be legally obligated under the terms of our User Agreement to pay for it in a timely fashion. Continue?
PUBLISHER: Marvel
COMMENTS: Kirby/Sinnott cvr/art; birth of Franklin Richards, 1st app. of Annihilus
Read Description ▼
Sell One Of These Inquire About This

Watch
Kirby/Sinnott cvr/art; birth of Franklin Richards, 1st app. of AnnihilusThe Fantastic Four, dubbed Marvel’s First Family, celebrated their milestone sixth Annual special by adding one more member to their roster, Franklin Richards, the son of Reed and Sue. Ever since their wedding (Fantastic Four Annual #3) Marvel godfathers Stan Lee and Jack Kirby knew the natural next step for the two heroes would be having a child but not before ramping up the stakes. The cosmic rays in Sue’s blood caused near fatal complications to her pregnancy, leading Reed and the rest of the team to steal the Element X from the alien conqueror Annihilus, who makes his first appearance in this issue. Originally, Stan Lee kept readers guessing whether Reed and Sue's first born would have powers and didn't even give him a name for another two years, but eventually Franklin Richards would come into his own becoming one of Marvel’s most powerful mutants. Later he would go on to become a key figure in the infamous Onslaught Saga and be featured in youth-oriented superteam titles. This sixth Annual issue would resonate with readers and fans of Marvel making them feel like part of the family that grew up with the FF as the heroes embarked in the next chapter of their lives. Aside from this comic’s sentimental value, the Negative Zone’s overlord Annihilus is also rumored to be the next “big bad” of the MCU and will assuredly place this book in high demand for investors.
Artists Information