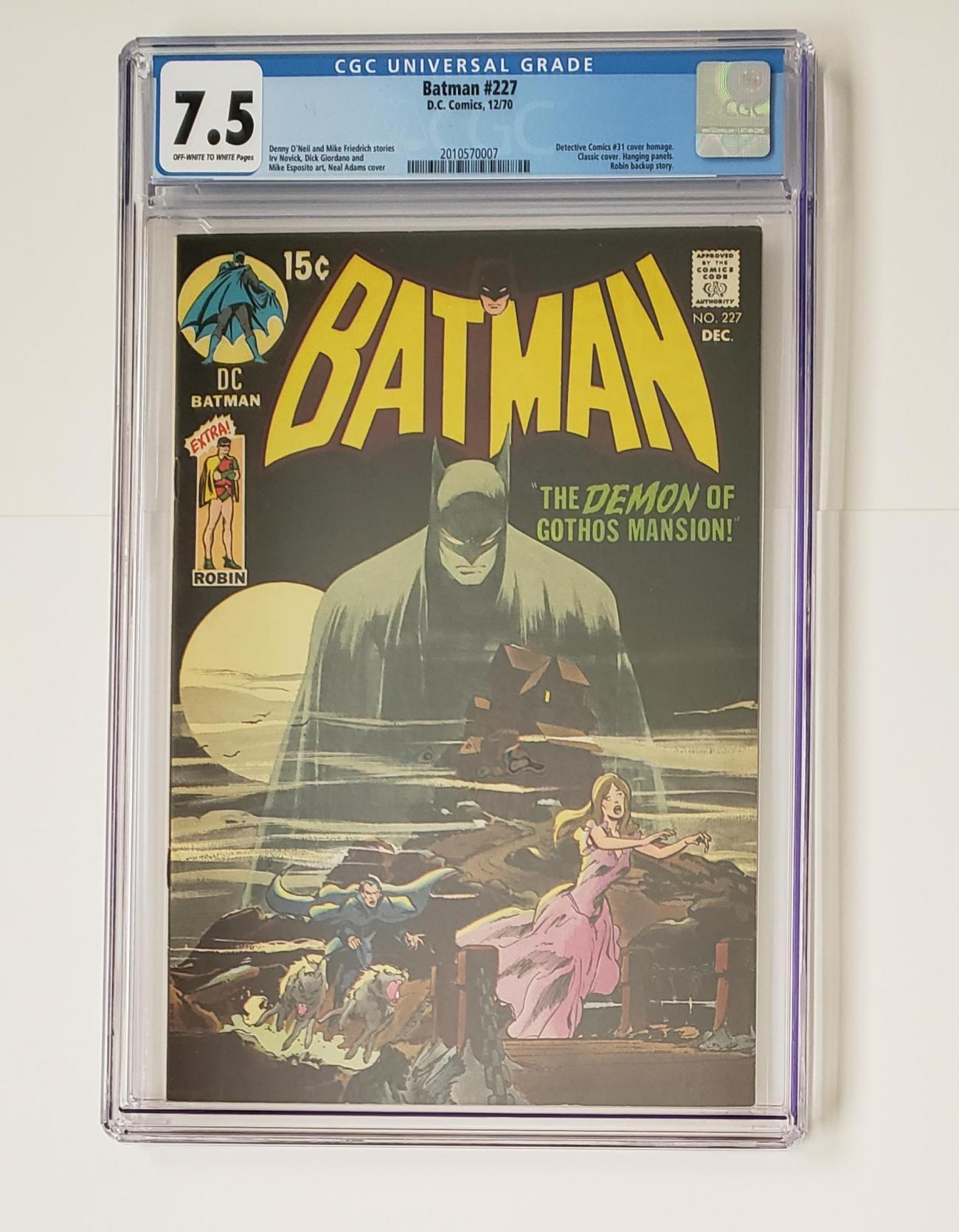 Watch
Off-White to White pages
classic Detective Comics #31 tribute cover by Adams; hanging panels (12/70)Always an avid student of the history of comics, Neal Adams used his unprecedented fame during the early 1970s to draw attention to the neglected giants of the industry, both by actively lobbying for the Big Two to finally give these legends their due, and by paying artistic tribute to the grand classics of the Golden Age of comics. This is likely his most memorable tribute to the heyday of superhero comics, his justly famous homage to the legendary cover of Detective Comics #31, probably the most famous Golden Age Batman cover after #27. Taking the dark, gothic atmosphere of the original image and pairing it with his deft, photorealistic style, Adams manages to take a perfect cover and make it even more extraordinary, matching the brooding mood of the source image with a then-contemporary "dark romance" style perfectly suited to the feel of the book's recent pulpy revamp. One of the top three covers by arguably the finest cover artist of the 1970s, and an issue that is instantly snapped up by Adams fanatics every time it comes to market.
Artists Information