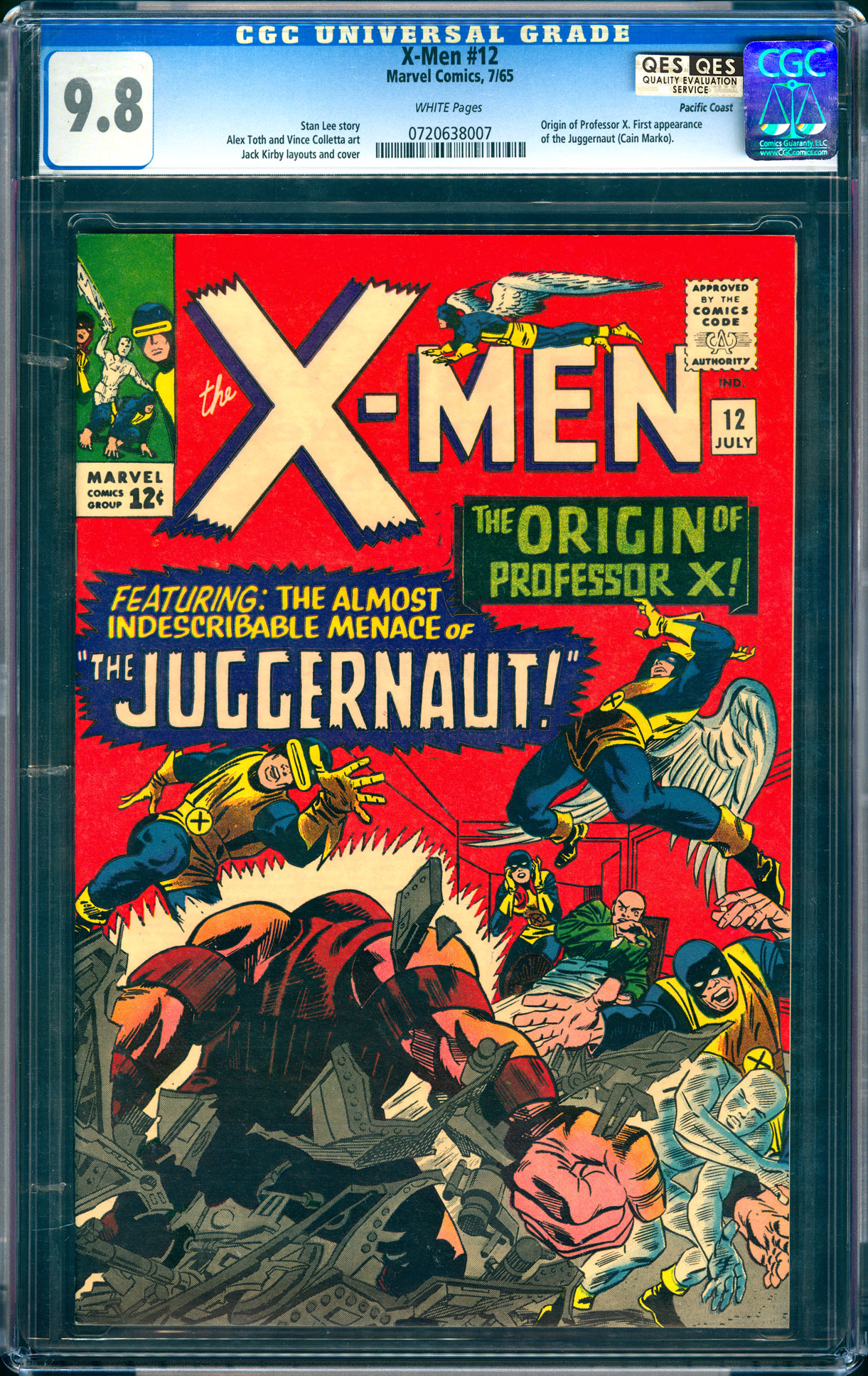 Watch
Pacific Coast Copy; white pgs; tied for highest 1 of 2! QES Certified - Criteria met: Preferred staple placement + Flawless staple area + flawless cover edges + Deep Color Strike (Red)
origin & 1st app. Juggernaut; origin Professor X (7/65)
Key Comics Collection
Highest GradedPicking up where issue #11 leaves off, X-Men #12 tells the tale, in flashback, of Professor Xavier's brother and their strained relationship. After Cerebro warns the X-Men of the approach of a super-powerful mutant, the team readies their defenses, during the preparations, Professor X regales his students with stories of his youth, and his family drama. It seems Charles Xavier's father died under mysterious circumstances, and his mother remarried a man named Kurt Marko, whose son Cain was both a brother and an antagonist to Charles throughout their formative years, after discovering a mysterious cave during the Korean War, Cain is endowed with superpowers before being buried under rubble. It turns out Professor X's brother is back, and boy is he mad, once he arrives at the X-Men's hastily prepared defenses, Charles utters his brother's new name, one that will become legendary in the Marvel canon, Juggernaut! This issue features pencils by Kirby, Alex Toth, and inks by Vince Colletta.


This X-Men #12 from the Key Comics Collection is basically impeccable in its condition and QES-certified for its flawless cover.