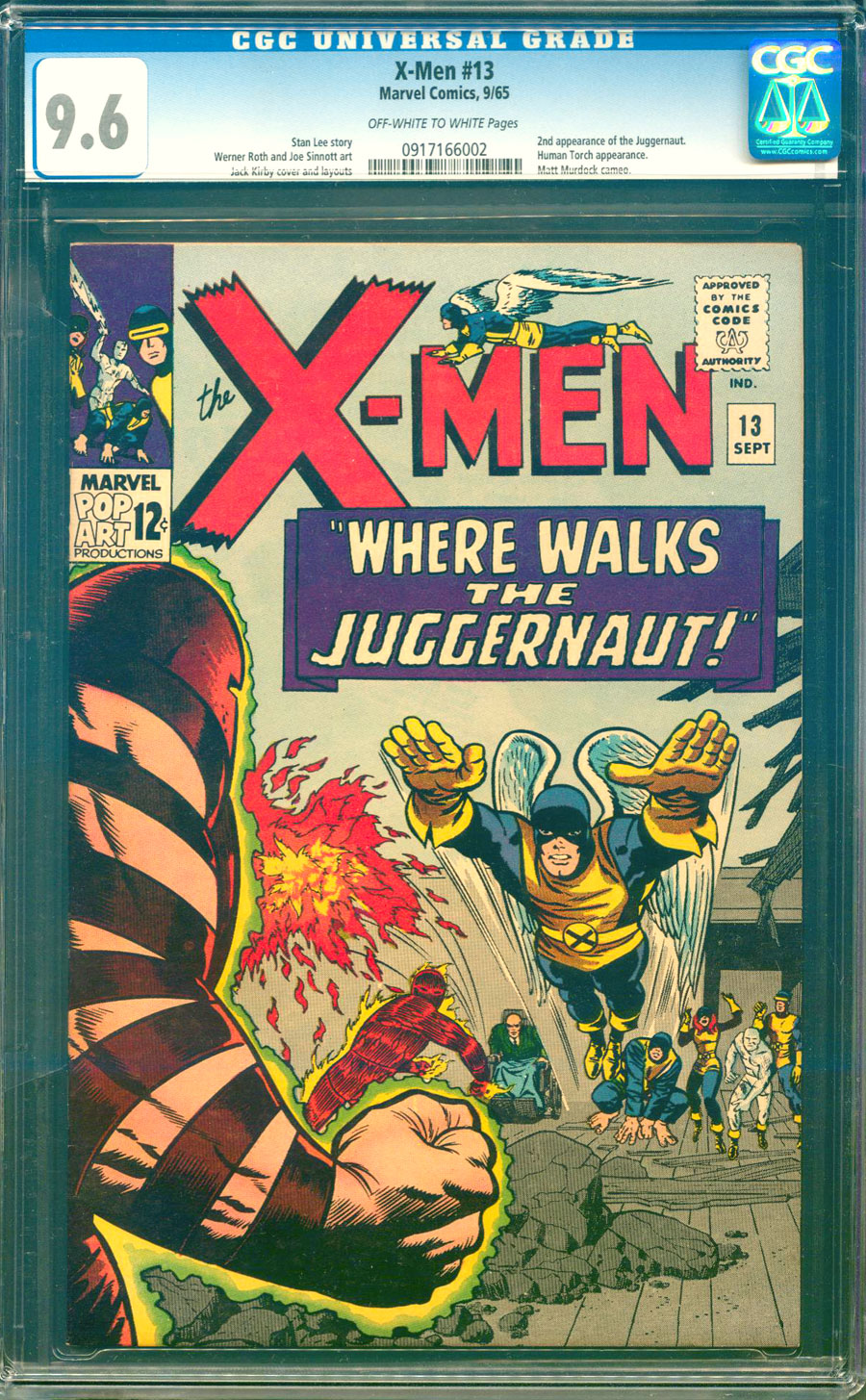 Watch
ow/white pgs; tied for second highest graded!
Kirby cvr/art; 2nd app. Juggernaut
Key Comics CollectionContinuing the saga of the introduction of Charles Xavier's brother, the Juggernaut, this issue is basicallly a nonstop action-fest, an all-out melee between the X-Men and the brutal Juggernaut, whose helmet protects him from Professor X's mental powers. Calling on help from other heroes nearby, the Human Torch shows up in the nick of time to help the exhausted mutants, and they finally manage to subdue their enormous foe. Jean Grey tends to her battered and bruised compatriots after the battle, much to their pleasure. Featuring pencils by Kirby and Jay Gavin and inks by Joe Sinnott, this classic issue is a popular book with X-fans of all ages.