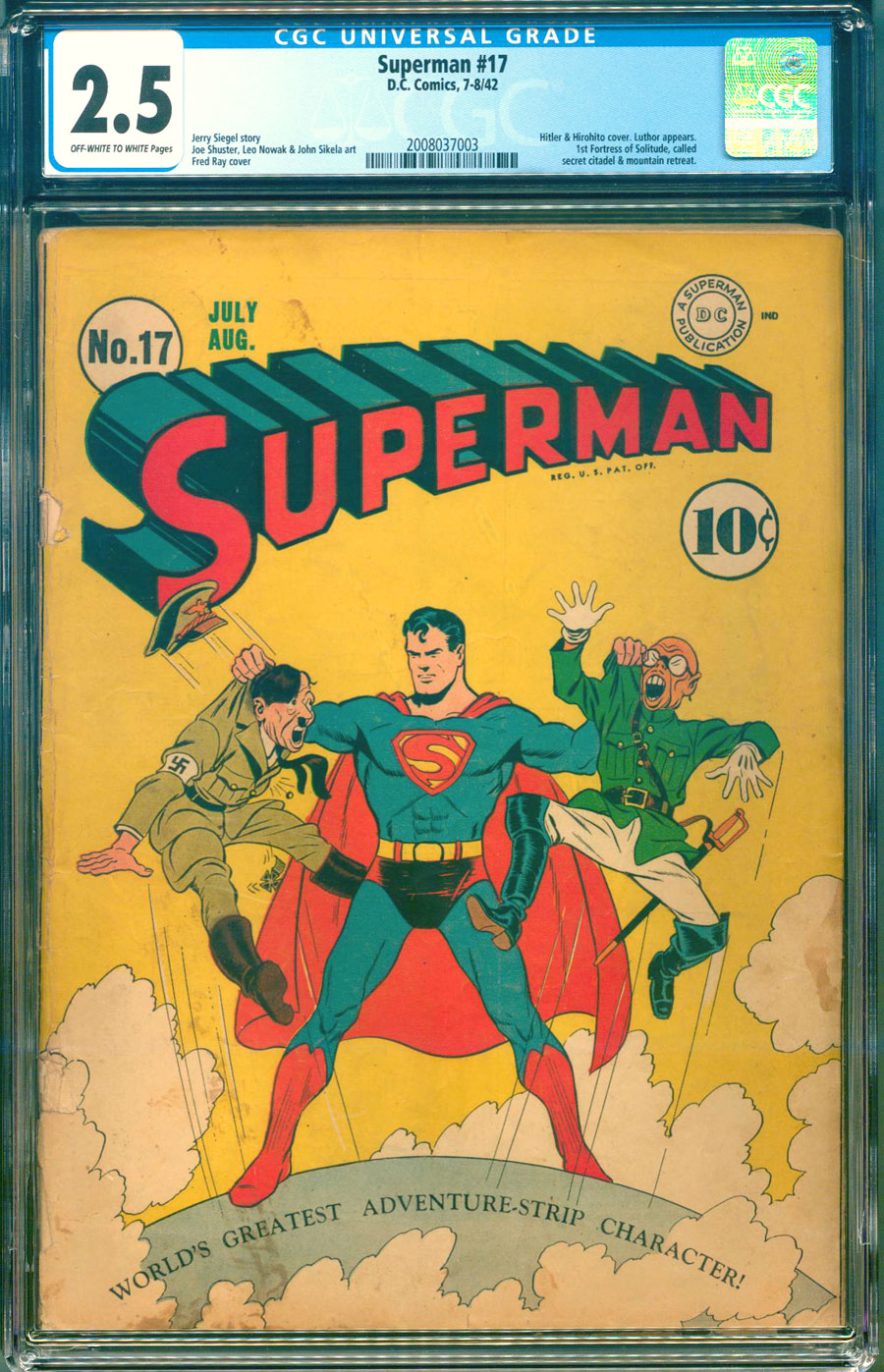 Watch
ow/white pgs
classic Fred Ray Hitler/Tojo WWII cover; 1st Fortress of Solitude, scarce (7-8/42)From the vantage point of the modern day, it's hard to understand just how seismic WWII was, and how brutal, primal, and honest the response was in American popular culture. From the perspective of our politically correct era, WWII covers can seem crude and frightening, but for a populace already shaken by a decade of poverty then challenged by the eruption of yet another multi-national conflict, covers like this hit the spot and helped boost national morale. There's no arguing that Superman was among the most recognizable of wartime icons, and the character's series of patriotic war-era covers, mostly drafted by the dependable, criminally underrated Fred Ray, became synonymous with the era's pop culture. This is among the scarcest of those treasures, and one of the most direct, in which two of the architects of the Axis attack, the nefarious Hitler and the despised Tojo, are easily subdued by the mighty Man of Steel, an image that surely raised the spirits of G.I.s and their loved ones back home. WWII Superman covers are like a collectible unto themselves, making these nearly bullet-proof investments.