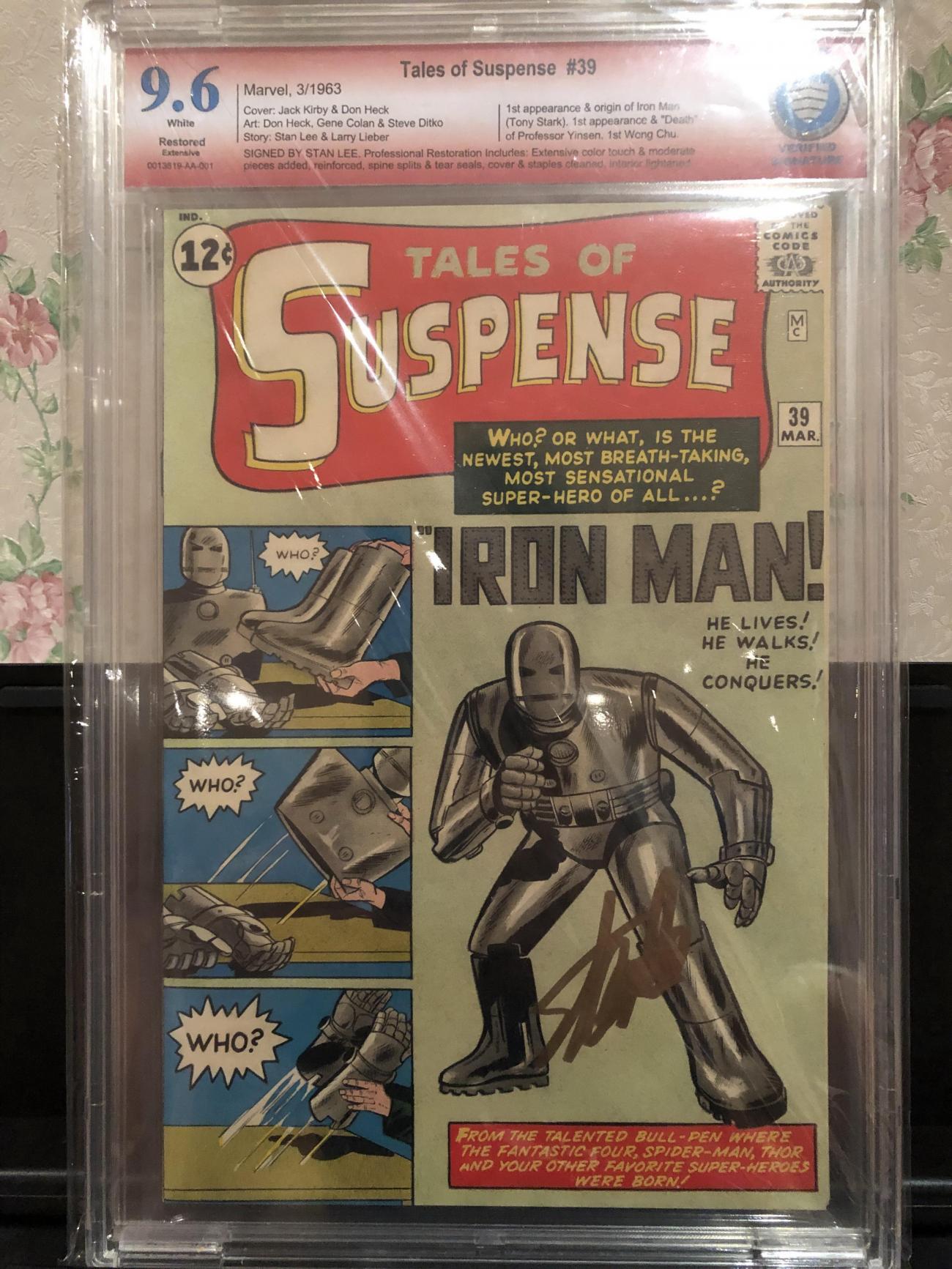 Highest Offer
7
Offers
FYI there's no need to include decimal points(.).
Offer Confirmation
You are about to submit an offer of . If accepted, you are legally obligated to purchase the book. Are you sure you want to continue?
FYI there's no need to include decimal points(.).
Buy Confirmation
You are about to buy this item for , and will be legally obligated under the terms of our User Agreement to pay for it in a timely fashion. Continue?
PUBLISHER: Marvel
COMMENTS: Extensive Professional Restoration, White pages, Signed by Stan Lee. Professional Restoration.
Kirby cvr; Ditko art; origin & 1st app. Iron Man (Tony Stark) (3/63)
Read Description ▼
Sell One Of These Inquire About This

Watch
Extensive Professional Restoration, White pages, Signed by Stan Lee. Professional Restoration.
Kirby cvr; Ditko art; origin & 1st app. Iron Man (Tony Stark) (3/63)Realizing the growing Marvel audience was composed primarily of hip, and largely left-leaning high-school students and collegians, Stan Lee challenged himself to create a hero who would be the embodiment of everything the counterculture was railing against, and still elicit sympathy from readers. Thus, Tony Stark was born as an older, hard-drinking, playboy millionaire. Iron Man quickly became a cult favorite whose popularity has only grown over the years.