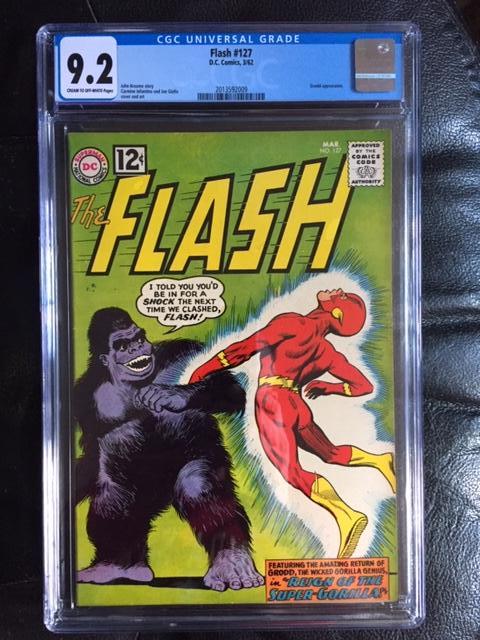 Watch
Cream to Off-White pages
Gorilla GroddFan favorite Gorilla Grodd returns to the pages of Flash much to the delight of his devotees, the beloved simian villain hatches a plot to run for president of the US in this issue. After being exposed to a mysterious device, Grodd becomes endowed with the power of unrelenting charisma, making everyone he comes into contact with think he's the grooviest guy in Gorilla City. He then decides to take his talents to Central City where he is quickly put up as a candidate for Governor. Eventually the Flash shows him he still needs to evolve a bit before he can defeat the Fastest Man Alive, but as a consolation prize Grodd gets to appear on one of the coolest gorilla covers of all time.
Artists Information