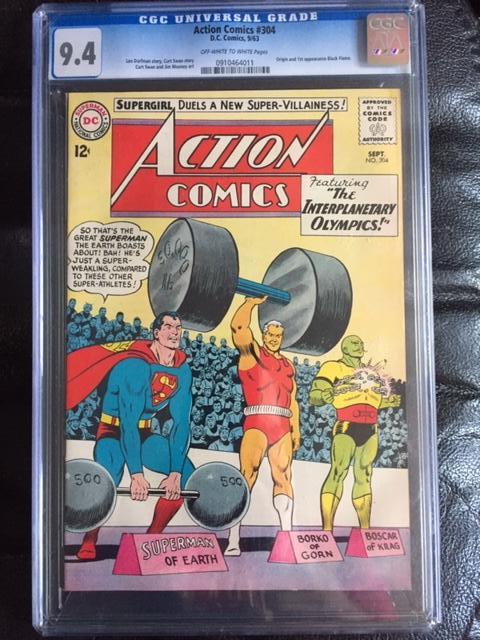 Watch
Off-White to White pages
weightlifting cover; Origin & 1st app Black FlameCover pencils by Curt Swan, inks by Sheldon Moldoff. "The Interplanetary Olympics!", script by Leo Dorfman, pencils by Curt Swan, inks by George Klein; Superman and Lana are taken to the planet Vorn, where Superman is invited to compete in the Interplanetary Olympics. Supermen of America ad. One-page Shorty story by Henry Boltinoff. Origin & 1st appearance of Black Flame in "The Maid of Menace!", script by Leo Dorfman, art by Jim Mooney; Black Flame, a super-powered villainess, tells Supergirl she is her descendant from the 40th century, but Supergirl eventually deduces that she is really from Kandor, and wipes out her powers with Gold Kryptonite.
Artists Information