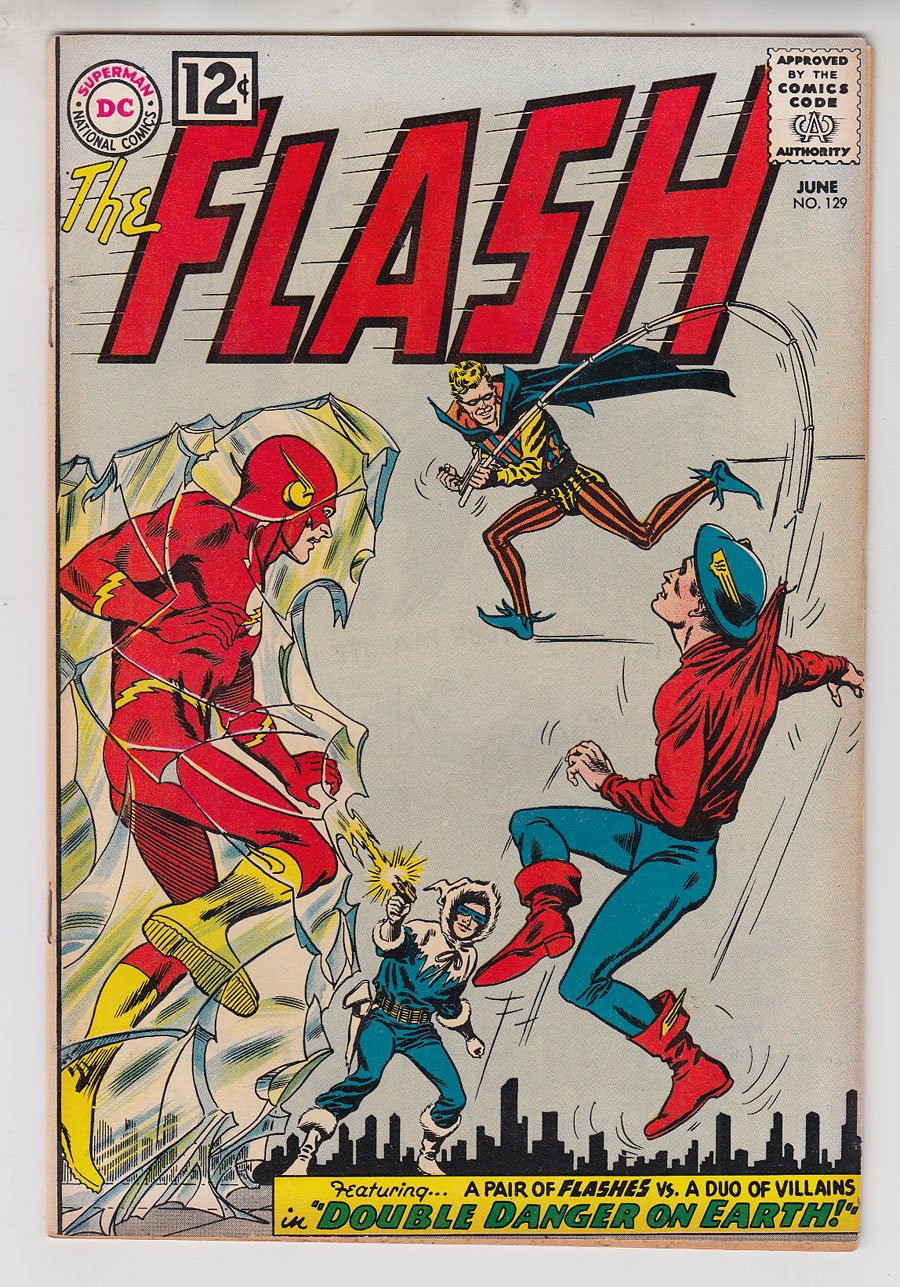 Auction Starts In
$1
Starting Bid
--
Bids
NEXT MIN. BID: $1
Bid Confirmation
You are about to submit a bid of . If you win this auction, you are legally obligated to purchase the book. Are you sure you want to continue?
Don't Show Again (except when higher than min. bid)
(No Reserve)
PUBLISHER: DC
COMMENTS: OW/W pgs, tiny spine split
2nd Golden Age Flash; 1st SA app. JSA in flashback
Read Description ▼
Sell One Of These Inquire About This

Watch
OW/W pgs, tiny spine split
2nd Golden Age Flash; 1st SA app. JSA in flashbackAn incredibly complex plotline in this issue sees the Flashes of Earths 1 & 2 battling a duet of their most pesky enemies, Captain Cold and the Trickster. There is a threat to the Earth of Jay Garrick in the form of a deadly radioactive meteor, which Garrick devines can be averted by a certain radiation-absorbing metal that only exists in Barry Allen's dimension, upon travelling there he become embroiled in a caper at a masquerade ball where there are a lot of confusing hero and villain costumes, but the Captain Cold and Trickster disguises turn out to be real. To make a long story short, the two Flashes capture the bad guys and save the world, the Jay Garrick one, because there are in fact two. This second team-up of the GA and SA Flash is a cult classic fave.
Artists Information