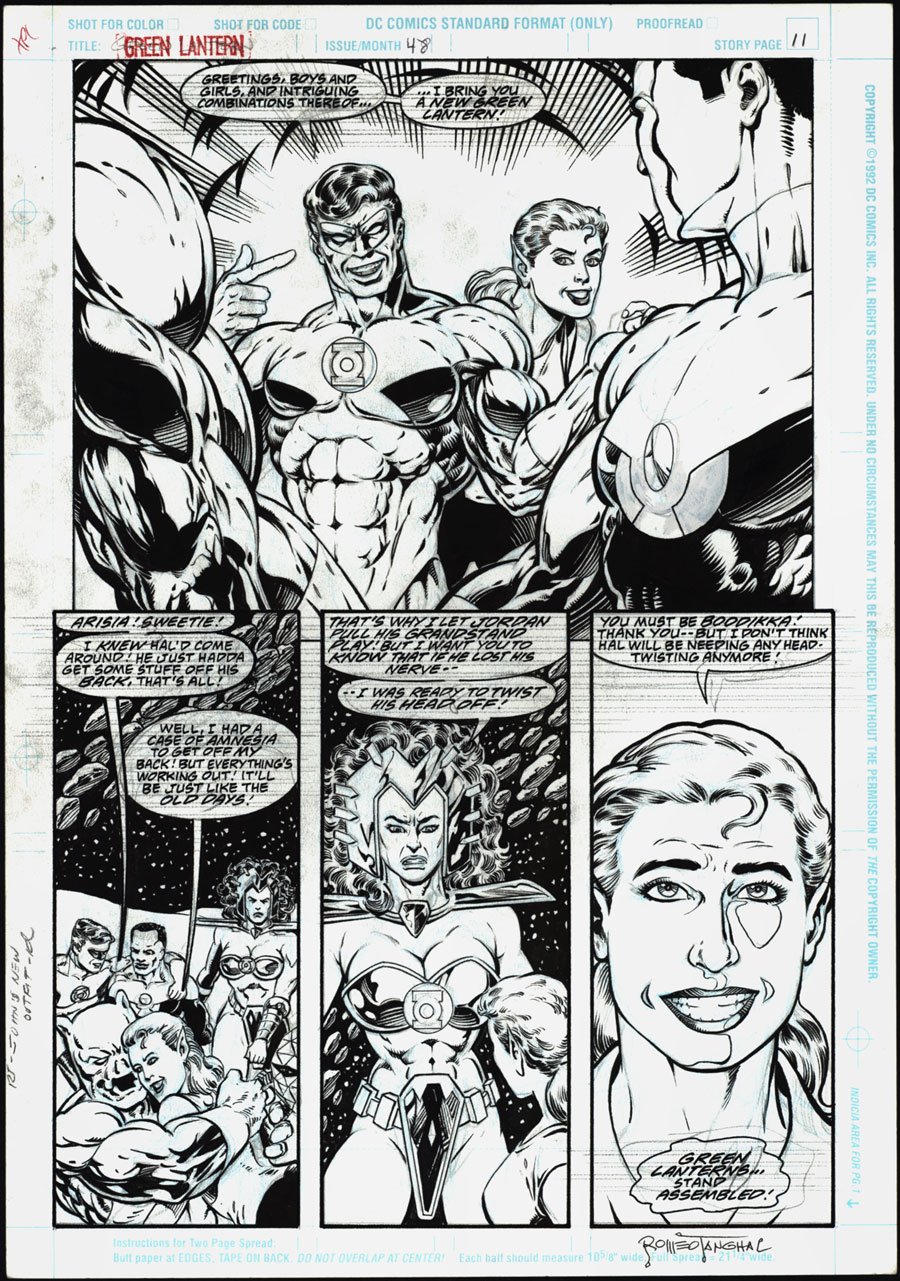 $100.00
Highest Offer
1
Offers
Offer Confirmation
You are about to submit an offer of . If accepted, you are legally obligated to purchase the book. Are you sure you want to continue?
Buy Confirmation
You are about to buy this item for , and will be legally obligated under the terms of our User Agreement to pay for it in a timely fashion. Continue?
PUBLISHER: DC
COMMENTS: Bill Willingham pencils/Romeo Tanghal inks; pg 11; 1994; image size 10" x 15"
Read Description ▼
Sell One Of These Inquire About This

Watch
Bill Willingham pencils/Romeo Tanghal inks; pg 11; 1994; image size 10" x 15"Super Green Lantern page by Willingham (Fables) and Tanghal. This page is marked 'unpublished' on the back, I'm unsure if that's the case or not, but the art is finished. Pen and ink. Art is in excellent condition. Signed by Tanghal.
Artists Information

Starting out as a house artist at TSR, the company that produced Dungeons & Dragons, Willingham moved into comics in the early 80s. Best known for his work on Elementals for Comico, and Fables for DC, which won the Eisner award, Bill most recently released Legenderry: A Steampunk Adventure.