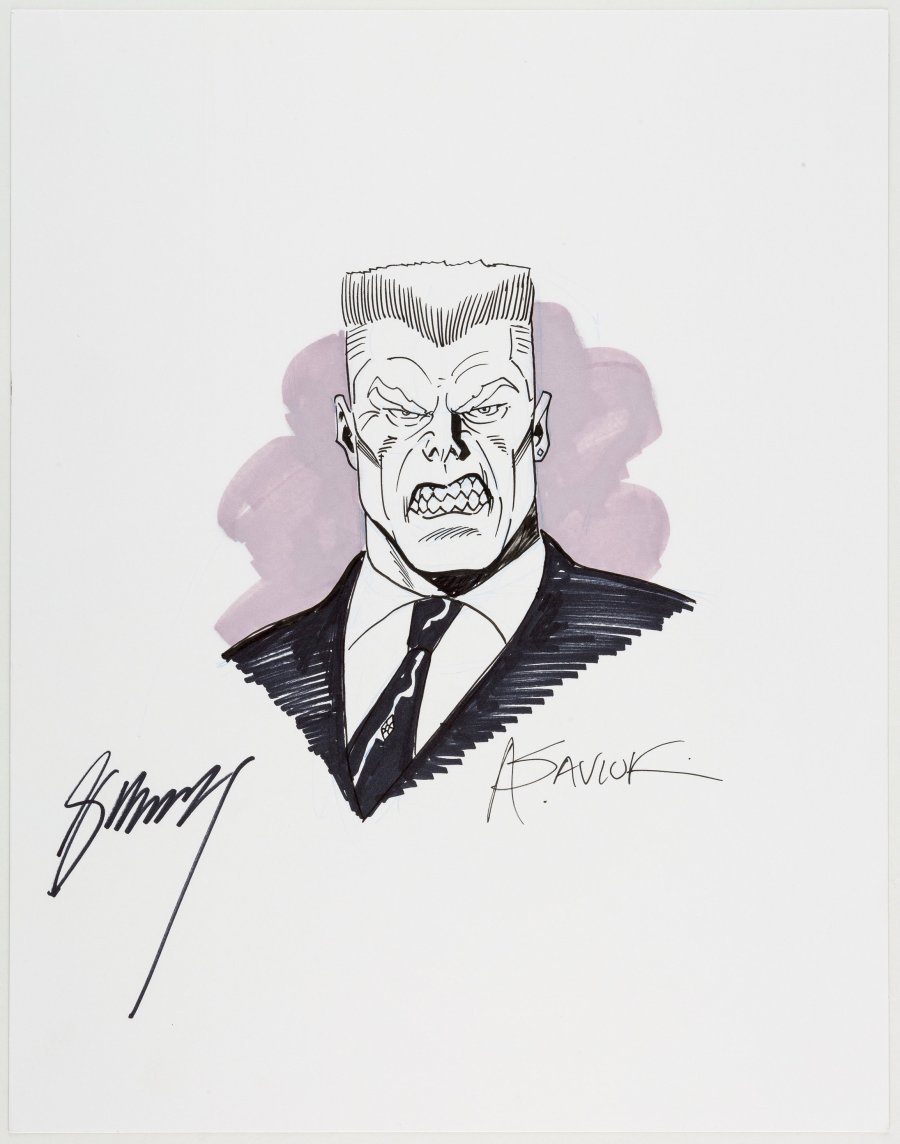 $61
Sold For
13
Bids
This auction has ended.
COMMENTS: Tombstone Illustration; Alex Saviuk pencils and inks; Gerry Conway signed; image size 6.5" x 8"
Read Description ▼
Sell One Of These Inquire About This

Graduated SVA where he studied under Will Eisner, began working for DC on Flash, Superman and Action Comics in the 70s and 80s, moved to Marvel where he illustrated Web of Spider-Man for seven years, also worked for Topps and commercial art gigs at present.