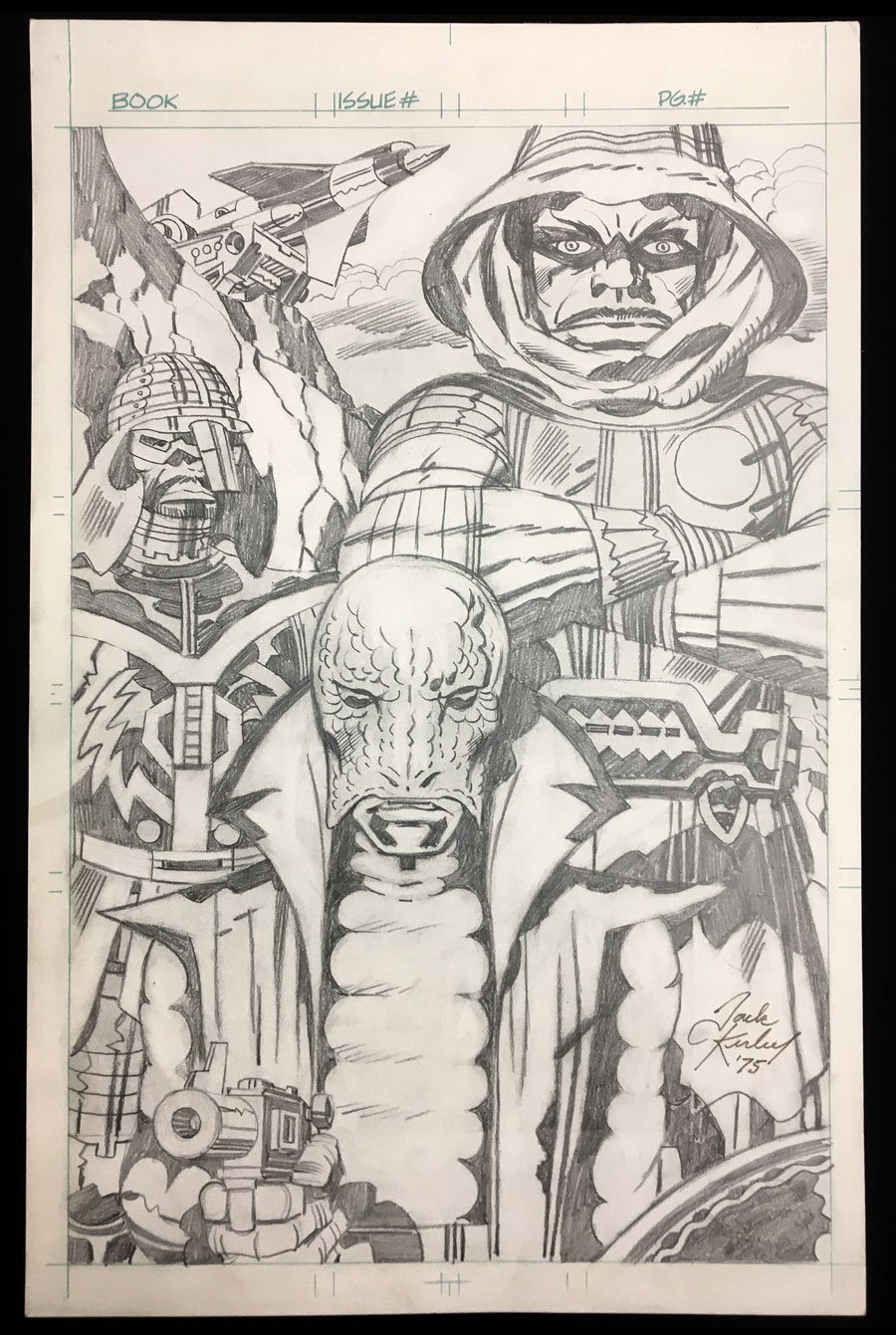 DESCRIPTION
Share This:
Jack Kirby pencils; King Kobra concept illustration; 1975; image size 10" x 15"Gorgeous Kirby concept illustration for the series Kobra. Kirby only drew one issue of the title before he left DC, but it fits right in with the work he was creating at the time, involving psychic twins, cults, prophecies and more craziness.

This drawing predates the book and is possibly one of the earliest drawings of the character. Kirby's pencils are tight and bold, with supporting characters and backgrounds. This drawing just exudes Kirby, from the stark composition of the figures to the rocketship in the distance, a masterful piece from a master artist. Pencil on paper. Art is in excellent condition. Signed and dated by Kirby.