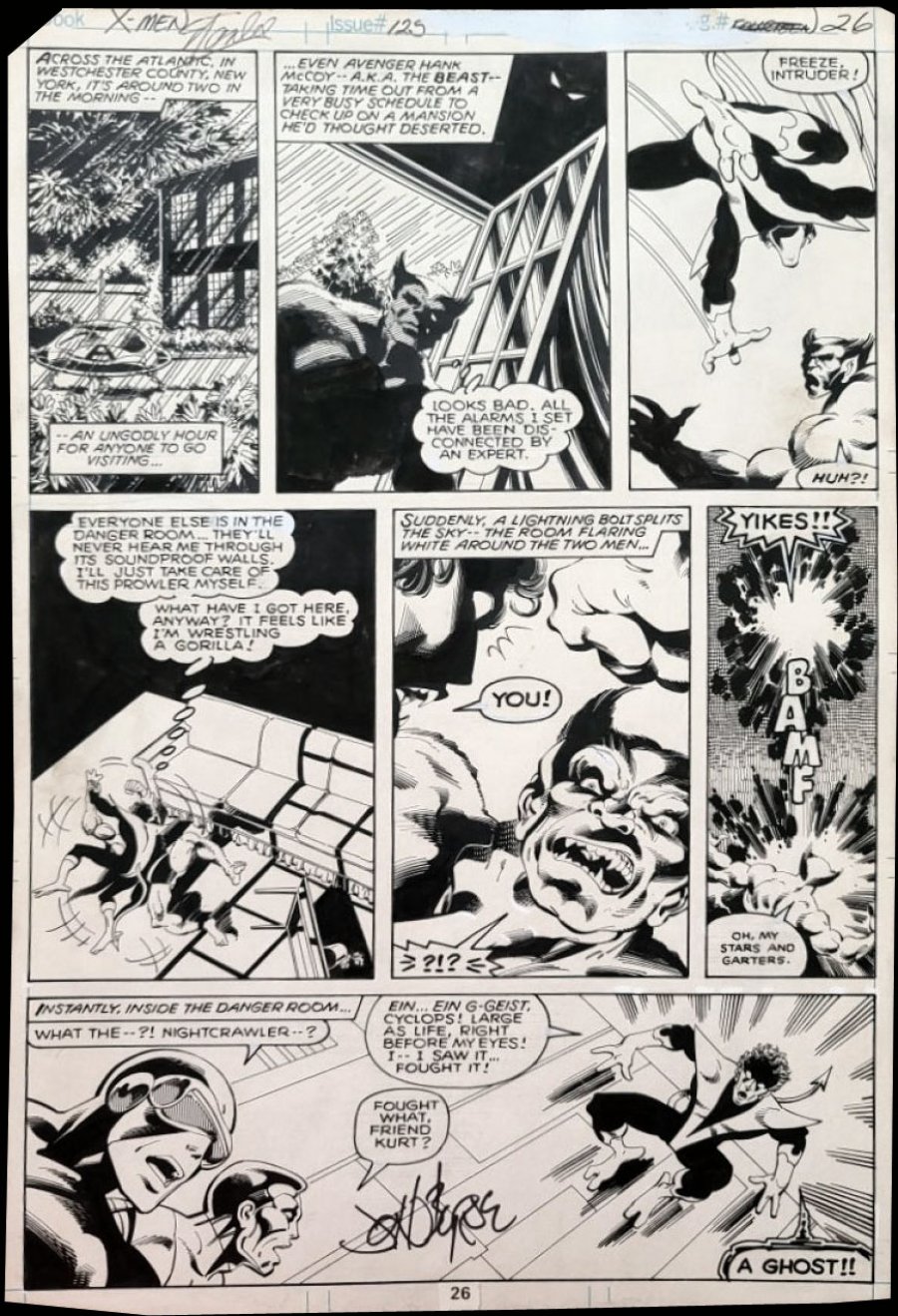 --
Accepting Offers
--
Offers
Offer Confirmation
You are about to submit an offer of . If accepted, you are legally obligated to purchase the book. Are you sure you want to continue?
Buy Confirmation
You are about to buy this item for , and will be legally obligated under the terms of our User Agreement to pay for it in a timely fashion. Continue?
PUBLISHER: Marvel
COMMENTS: John Byrne Pencils/Terry Austin inks; page 26; 1979; 11” x 17”
Read Description ▼
Sell One Of These Inquire About This

Watch
John Byrne Pencils/Terry Austin inks; page 26; 1979; 11” x 17”From the story titled: "There's Something Awful On Muir Island" by the classic team of John Byrne and Terry Austin. Former X-Man and current Avenger the Beast heads to the X-Mansion to check on the mutant team only to be ambushed by a surprised Nightcrawler who teleports into the Danger Room where he finds Cyclops and Colossus. The page features stellar drawing, as is to be expected from Byrne and Austin. Pen and ink. Art is in excellent condition. Signed by Byrne and Marvel legend Stan Lee.