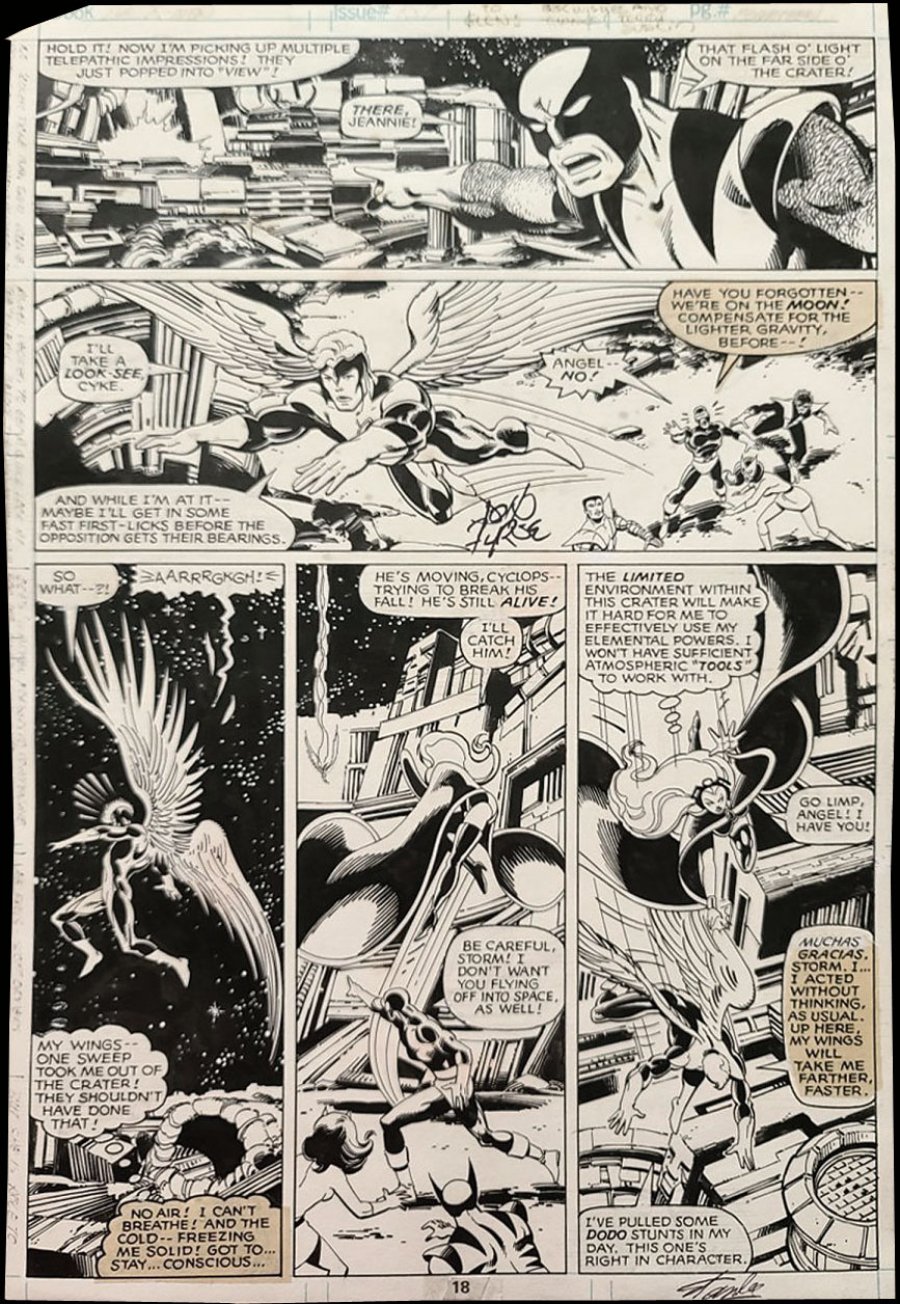 --
Accepting Offers
--
Offers
Offer Confirmation
You are about to submit an offer of . If accepted, you are legally obligated to purchase the book. Are you sure you want to continue?
Buy Confirmation
You are about to buy this item for , and will be legally obligated under the terms of our User Agreement to pay for it in a timely fashion. Continue?
PUBLISHER: Marvel
COMMENTS: John Byrne Pencils/Terry Austin inks; page 18 “Death of Phoenix”; 1980; 11” x 17”
Read Description ▼
Sell One Of These Inquire About This

Watch
John Byrne Pencils/Terry Austin inks; page 18 “Death of Phoenix”; 1980; 11” x 17”Wolverine, Angel, Jean Grey, Cyclops, Colossus, Nightcrawler, and Storm all appear in this jam-packed page from the climactic installment of "The Dark Phoenix Saga" by the legendary team of John Byrne and Terry Austin. The X-Men try to adapt to their surroundings on Lilandra's moon base, as the Shi'ar Empress is looking to hold Jean Grey/Phoenix responsible for her actions, which include destroying an entire solar system. It is in this issue that Jean becomes Dark Phoenix one last time to sacrifice herself and save the life of Cyclops in one of the most memorable and affecting moments in the history of Marvel Comics. Pen and ink. Art is in excellent condition. Signed by Byrne, Austin, Claremont, and Marvel legend Stan Lee.