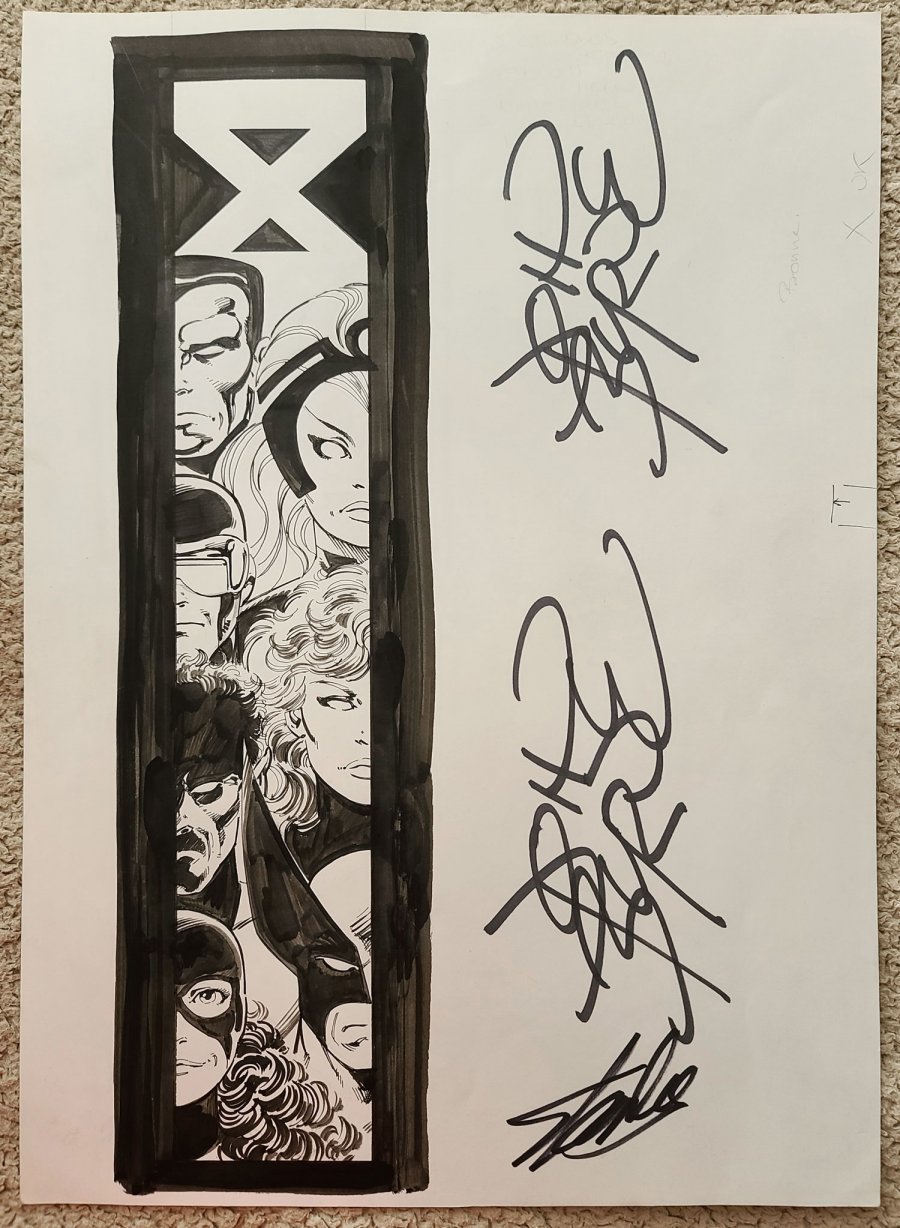 --
Accepting Offers
--
Offers
Offer Confirmation
You are about to submit an offer of . If accepted, you are legally obligated to purchase the book. Are you sure you want to continue?
Buy Confirmation
You are about to buy this item for , and will be legally obligated under the terms of our User Agreement to pay for it in a timely fashion. Continue?
COMMENTS: John Byrne pencils and inks; X-Men Portfolio Cover; c. 1993; 11" x 17"
Read Description ▼
Sell One Of These Inquire About This

Watch
John Byrne pencils and inks; X-Men Portfolio Cover; c. 1993; 11" x 17"Wolverine, Storm, Cyclops, Kitty Pryde, Colossus, Nightcrawler, and Jean Grey all appear in this beautiful illustration by John Byrne that was used as the cover to the French X-Men portfolio from Edition Deesse in a limited signed and numbered edition in 1993. The set features wonderful portraits of Byrne's classic X-Men lineup, and two large signatures by Byrne, one of which was used in the printed version of the cover, in addition the artwork has also been signed by Marvel legend Stan Lee. Pen and ink. Art is in excellent condition.
Artist Information