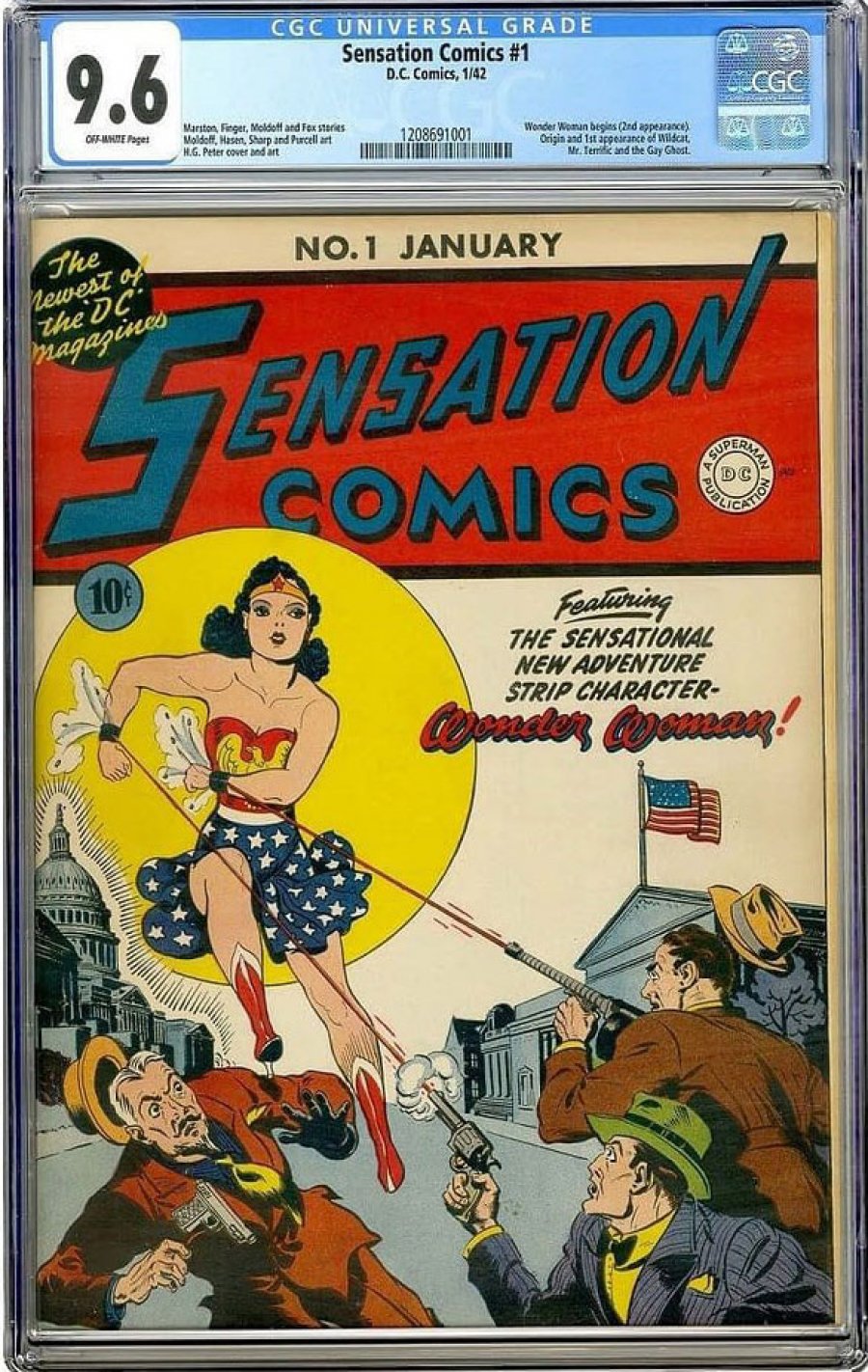 
It's not the first appearance of Wonder Woman, but it's the most famous WW issue there is, and it's her first cover appearance as well -- an undeniably big moment in comics history, as William Moulton Marston's revolutionary and cagily subversive heroine explodes onto the Golden Age comics scene, thereby officially establishing the "trinity" of DC's hero stable, and giving a role model and avatar for millions of little girls and women all over the world. This classic cover debuts H.G. Peter's trademark style, which combines the crude grace of ancient Greek artists with the flowering majesty of storybook illustration. This strip looked and felt like nothing else before or since, and is a milestone in comics history.