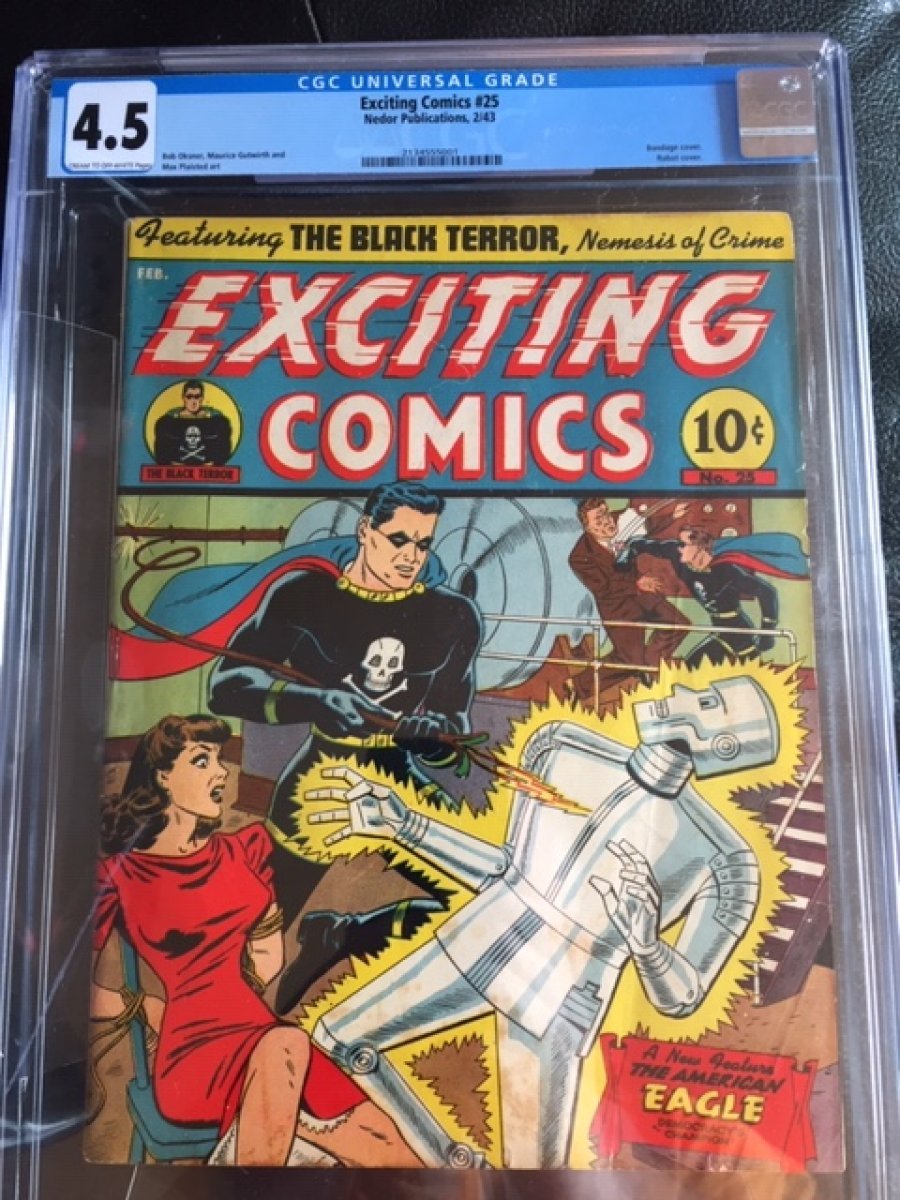 Watch
Cream to Off-White pgs; Universal holder; Unrestored
classic Black Terror robot & female bondage cover (2/43)Exciting Comics was the home of the Black Terror, a crime-fighting superhero who looks more like the antiheroes of the 80s and 90s, or a precursor to the Punisher. Along with his fellow Terror Twin, Tim, the Black Terror would battle a variety of enemies from Nazis to Mad Scientists and Femme Fatales throughout the WWII era. The character was the Nedor stable’s biggest superhero through the war years, who would fade into obscurity after the end of the conflict, but would be revived in nostalgia books in the Modern Age. This issue features a compelling, and uncredited, cover illustration that shows the Black Terror rescuing a damsel in distress with a jolt of electricity to a super-cool looking robot, while his sidekick battles in the background. It was anthology comics like this that helped drive the explosion of comic book sales during the Golden Age and this is a perfect example of why so many kids plopped down a dime to escape the realities of a world war and imagine themselves as musclebound heroes rescuing beautiful women in peril.