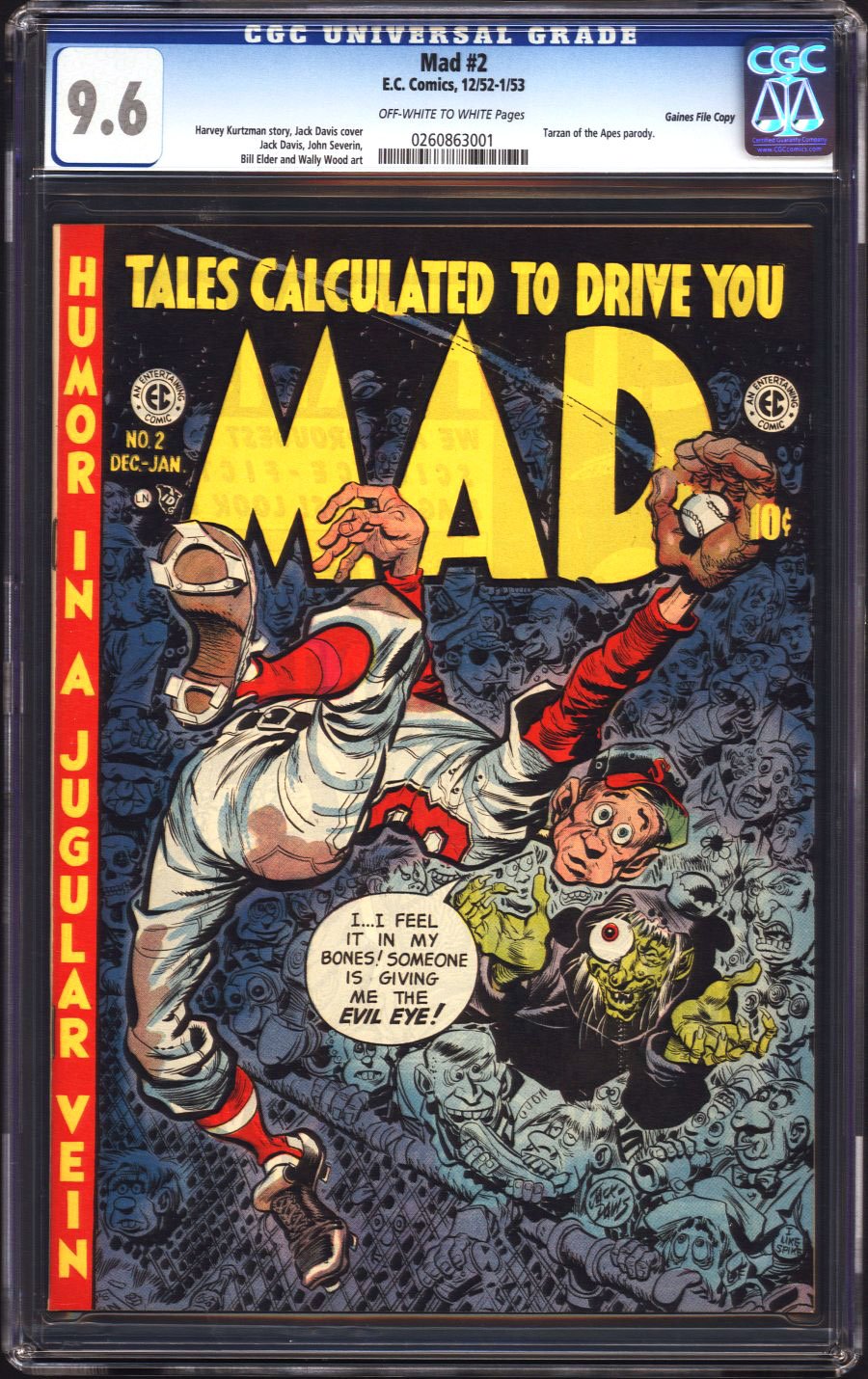 Watch
ow/white pgs
Davis baseball cover
Gaines File CopyEC has gone down in comic book infamy as the publisher that forced a showdown with the moralistic busybodies of the 1950s and inspired the creation of a censorship body known as the CCA or the Comic Code Authority, who would oversee and whitewash comics for several decades until the industry started to fight back in the 1970s. Perhaps the most ironic result of the crusade against sex and violence in comics like EC’s Tales From the Crypt or Vault of Horror was the story of the publisher’s lone comedic title, a subversive little satire comic named MAD, which flew under the radar thanks to its more stealthy but nevertheless more potent effect that the comic would grow to have on America’s youth, setting the table for the counterculture and becoming a bible of sorts for anti-establishment speech. This second issue in the run features parodies of the genre comics of the period, drawn by many of the same artists that created EC’s more serious titles like Wally Wood, John Severin, Bill Elder, and Jack Davis. This comic is an important milestone in comics in general as well as American culture overall.
Jack Davis’ cover illustration for MAD #2 has never looked better and has been rated one of four second-highest graded on the census, as many Gaines File Copies have earned the right to be sitting so high up the ladder thanks to the forethought of the publisher and his awesome personal selection of exemplary comics. Completely unbothered by the passage of 77 years, this book arrived in our offices in the same condition it was in on the day it was printed, then stocked away for decades and is now available to our clientele at auction. The early issues of MAD are considered important pieces of US history, and not simply comic books, thanks to their sophisticated satirical content.