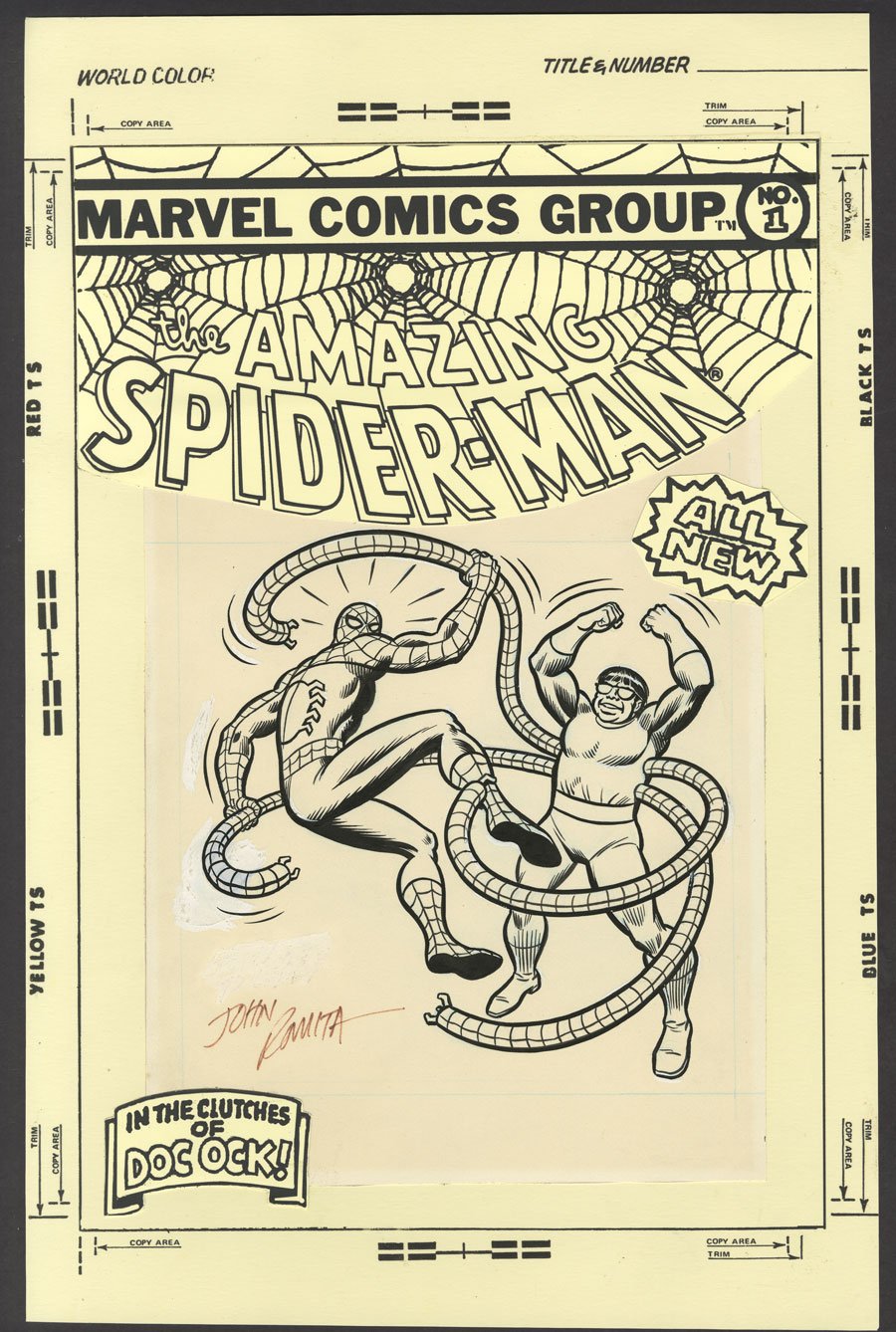 Auction Ends In
$825
Current Bid
10
Bids
NEXT MIN. BID: $850
Bid Confirmation
You are about to submit a bid of . If you win this auction, you are legally obligated to purchase the book. Are you sure you want to continue?
Don't Show Again (except when higher than min. bid)
(No Reserve)
PUBLISHER: Marvel
COMMENTS: A 15% BUYER'S PREMIUM WILL BE ADDED TO THIS ITEM AT CONCLUSION OF THE AUCTION
John Romita pencils and inks; cover; 1981; image size 8" x 8"
Read Description ▼
Sell One Of These Inquire About This

Watch
A 15% BUYER'S PREMIUM WILL BE ADDED TO THIS ITEM AT CONCLUSION OF THE AUCTION
John Romita pencils and inks; cover; 1981; image size 8" x 8"Superb all-Romita Spidey cover from the Bubble Funnies promotional series that was originally packaged with a stick of gum, featuring a great hand to tentacle battle image from the story "In the Clutches of Doc Ock!". This is a rare opportunity to own a Spider-Man cover by one of the artists who defined the character, Romita's contribution to early Marvel comics can't be overstated, and his work on Spider-Man in particular was near and dear to him. This cover features a classic confrontation between everyone's favorite wall-crawler and one of his most iconic foes in Doctor Octopus. The artwork was drawn on an 8" x 10" piece of board which was affixed to an 11" x 17" board with recreated stats and logo, the art never had a logo or stats from the time of publication. Pen and ink. Art is in excellent condition. Signed by Romita.
Artist Information