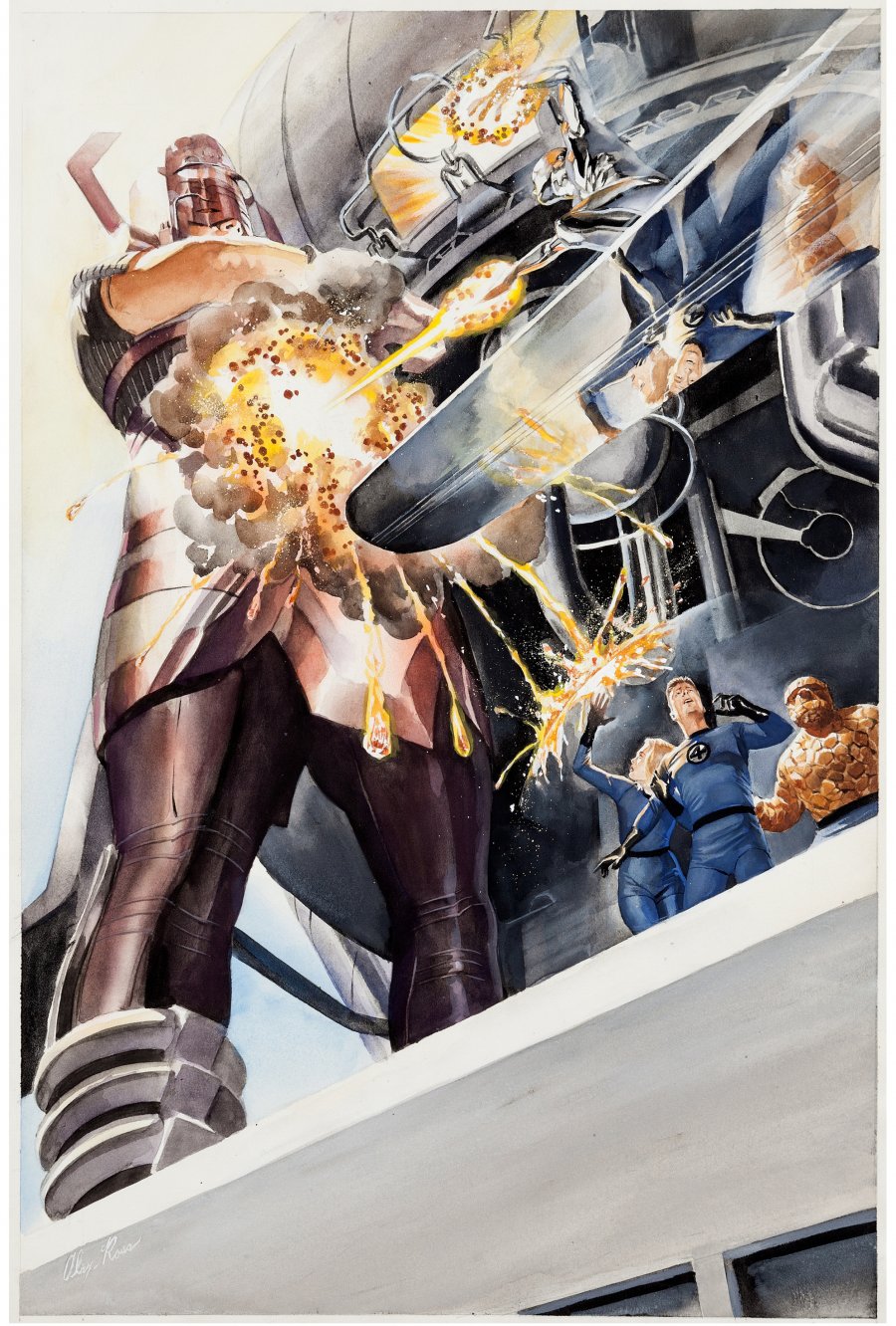 $15,000.00
Highest Offer
1
Offers
Offer Confirmation
You are about to submit an offer of . If accepted, you are legally obligated to purchase the book. Are you sure you want to continue?
Buy Confirmation
You are about to buy this item for , and will be legally obligated under the terms of our User Agreement to pay for it in a timely fashion. Continue?
PUBLISHER: Marvel
COMMENTS: Alex Ross painted art; page 30 FF/Silver Surfer & Galactus splash; 1994; image size 11.75" x 17.75"
Read Description ▼
Sell One Of These Inquire About This

Watch
Alex Ross painted art; page 30 FF/Silver Surfer & Galactus splash; 1994; image size 11.75" x 17.75"Spectacular splash page from Ross' seminal series, featuring the looming figure of Galactus being assaulted by The Silver Surfer while three of the The Fantastic Four look on. The painting by Ross here is just remarkable, particularly in the reflection of the FF in the Surfer's board. Marvels made Ross an instant superstar, and this page is among the nicest in the series. Gouache on board. Art is in excellent condition. Signed by Ross.

This image was also used as the cover to the oversized collection The Fantastic Four: Behold... Galactus!, the image here is fro reference only, the book is not included.
Artist Information