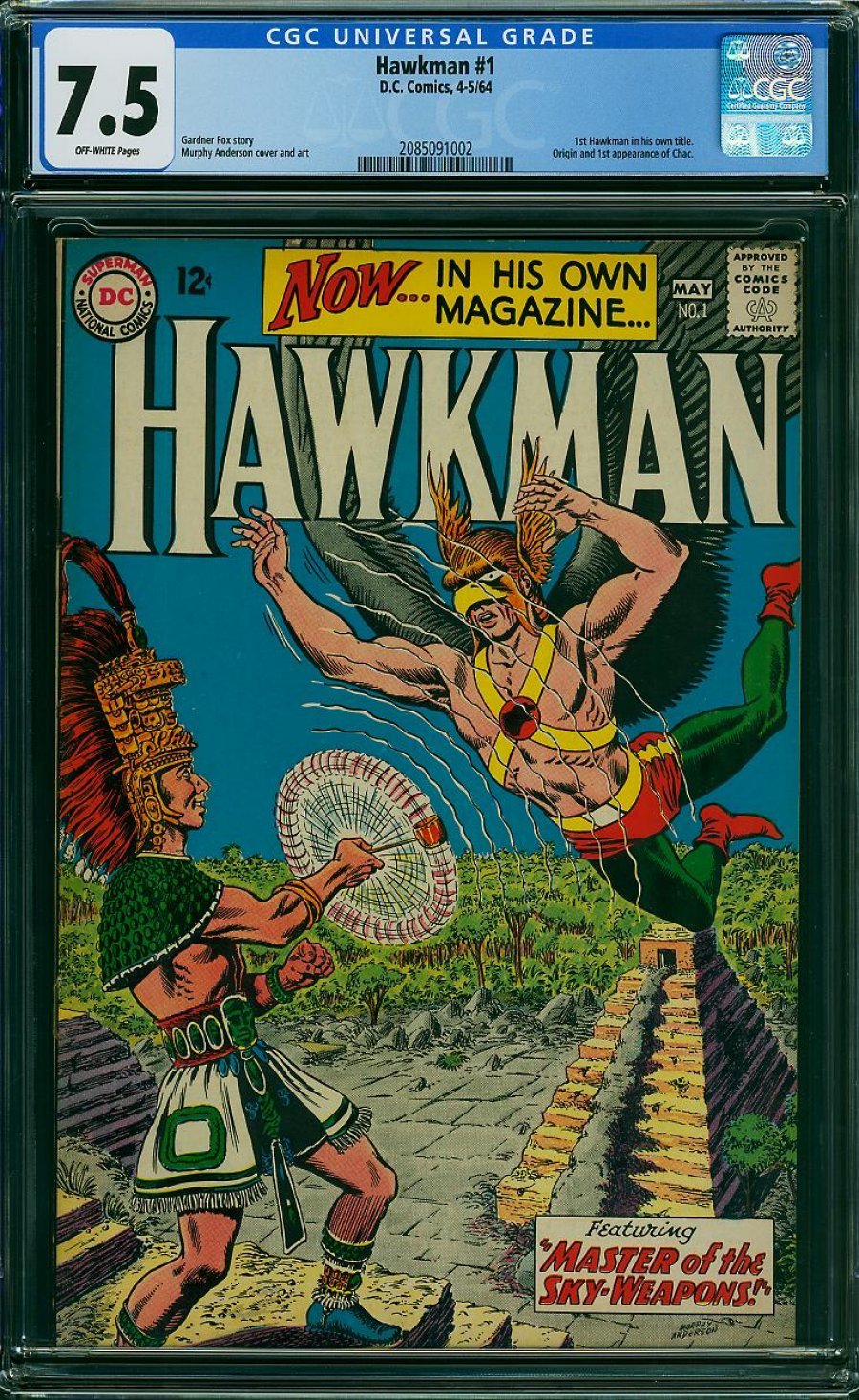 --
Accepting Offers
--
Offers
Offer Confirmation
You are about to submit an offer of . If accepted, you are legally obligated to purchase the book. Are you sure you want to continue?
Buy Confirmation
You are about to buy this item for , and will be legally obligated under the terms of our User Agreement to pay for it in a timely fashion. Continue?
PUBLISHER: DC
COMMENTS: Off-White pgs; Universal holder; Unrestored; CGC#2085091002
1st Hawkman in his own title
Read Description ▼
Sell One Of These Inquire About This

Watch
Off-White pgs; Universal holder; Unrestored; CGC#2085091002
1st Hawkman in his own titleAfter his premiere appearance in Flash Comics #1, Hawkman reemerged in the Silver Age in his own self-titled series. Though there were many iterations of the character the version that appears in this series is Carter Hall, arguably the most popular Hawkman. Hall is a modern-day archeologist who is the reincarnation of an ancient Egyptian prince who restored the memories of his former life after discovering an ancient magical dagger. Hall dons a legendary artifact, the winged Nth metal armor, to battle an evil priest who was his arch-rival in the past that followed him into the present, thus, becoming Hawkman for the first time. The character has gone on to flourish within the DC Universe joining multiple superhero teams, and even becoming a lead member of the Justice Society of America as well as a staple of the Justice League. However, don't let the angelic wings fool you, as a character Hawkman is savagely short-tempered which was in no small part responsible for accumulating his devoted following. In later issues Hawkman’s origin story was retconned to allow him to become part of a larger Hawkworld known as Thanagar, but still retain some elements of his ancient Egyptian roots, this modernized version of Hawkman is now recognized as one of DC's most well-received titles. With the number of appearances outside of comics growing, Hawkman’s fan base expands more and more with each passing year, making this a popular first issue collectible.