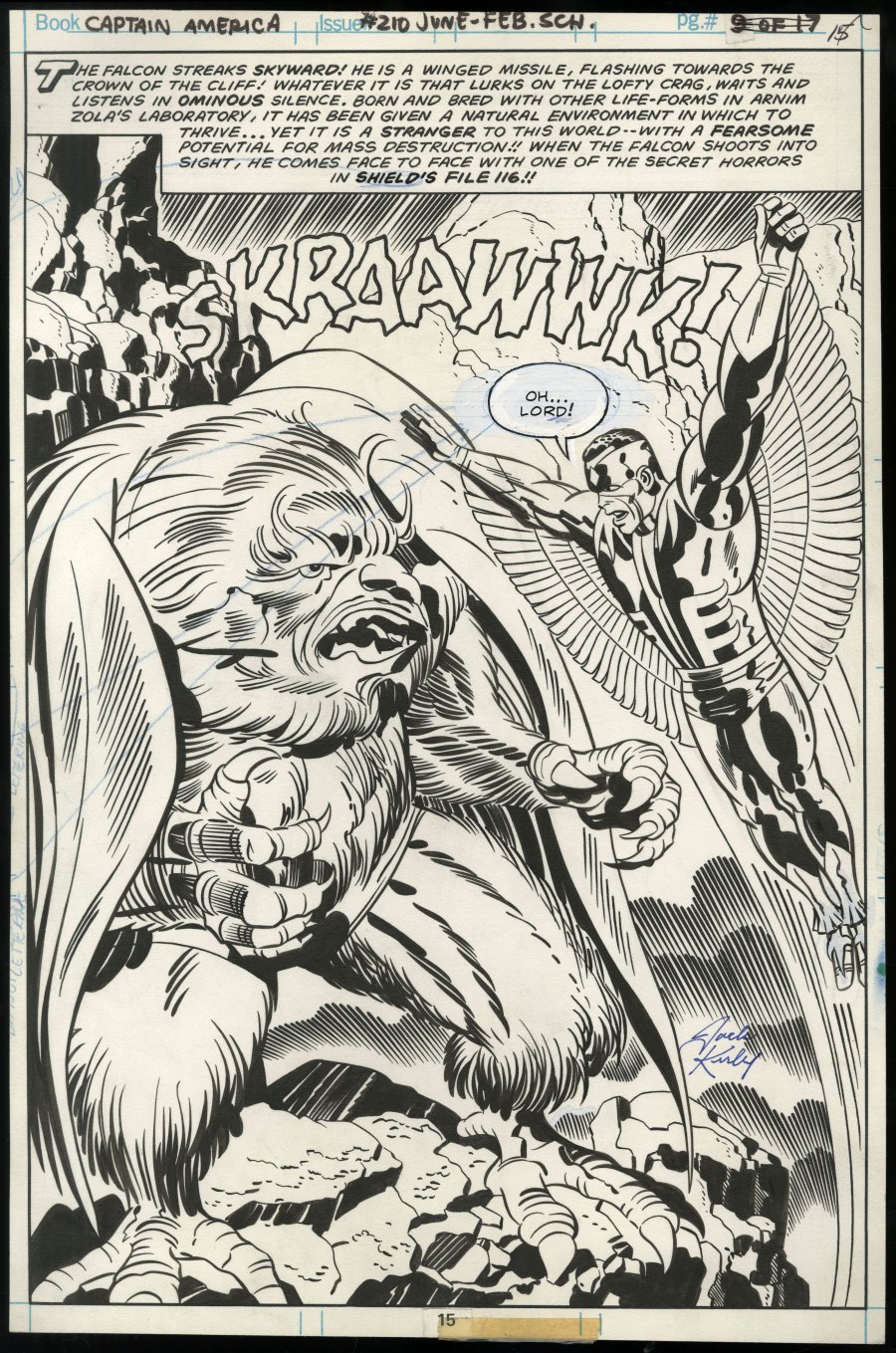 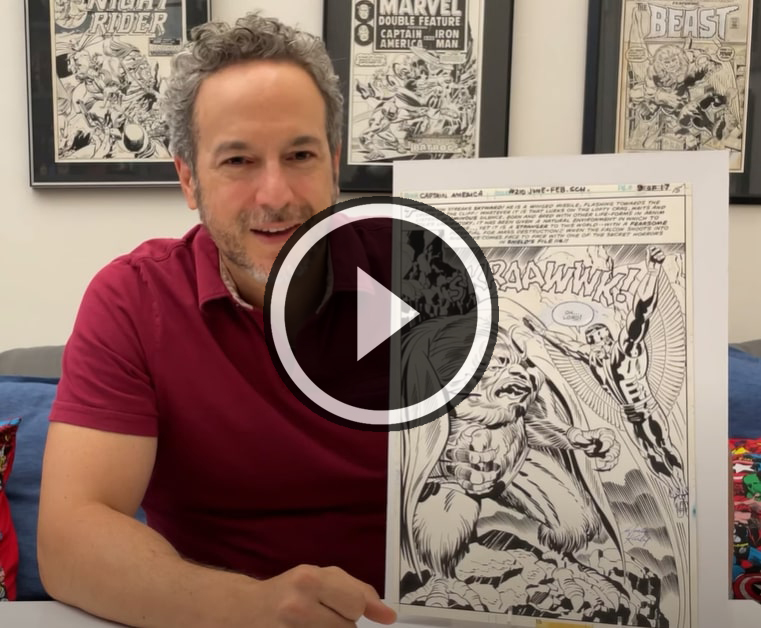 “The Falcon streaks skyward!”. The opening line of dialogue could not describe the action better, Kirby deftly illustrates the action as The Falcon (now coming off his starring television debut) comes face to face with an abomination created by the dreaded Dr. Arnim Zola in this spectacular splash page from Kirby and his go to 70s inker Mike Royer. The Falcon is bold and heroic, and the creature is pure Kirby. It’s a delight to see his 1970s period finally getting the recognition it deserves as it showcases a purity in his work that is fully realized, especially when paired with Royer who seemed to instinctively know exactly what Jack was trying to achieve. Pen and ink. Art is in excellent condition. Signed by Kirby.