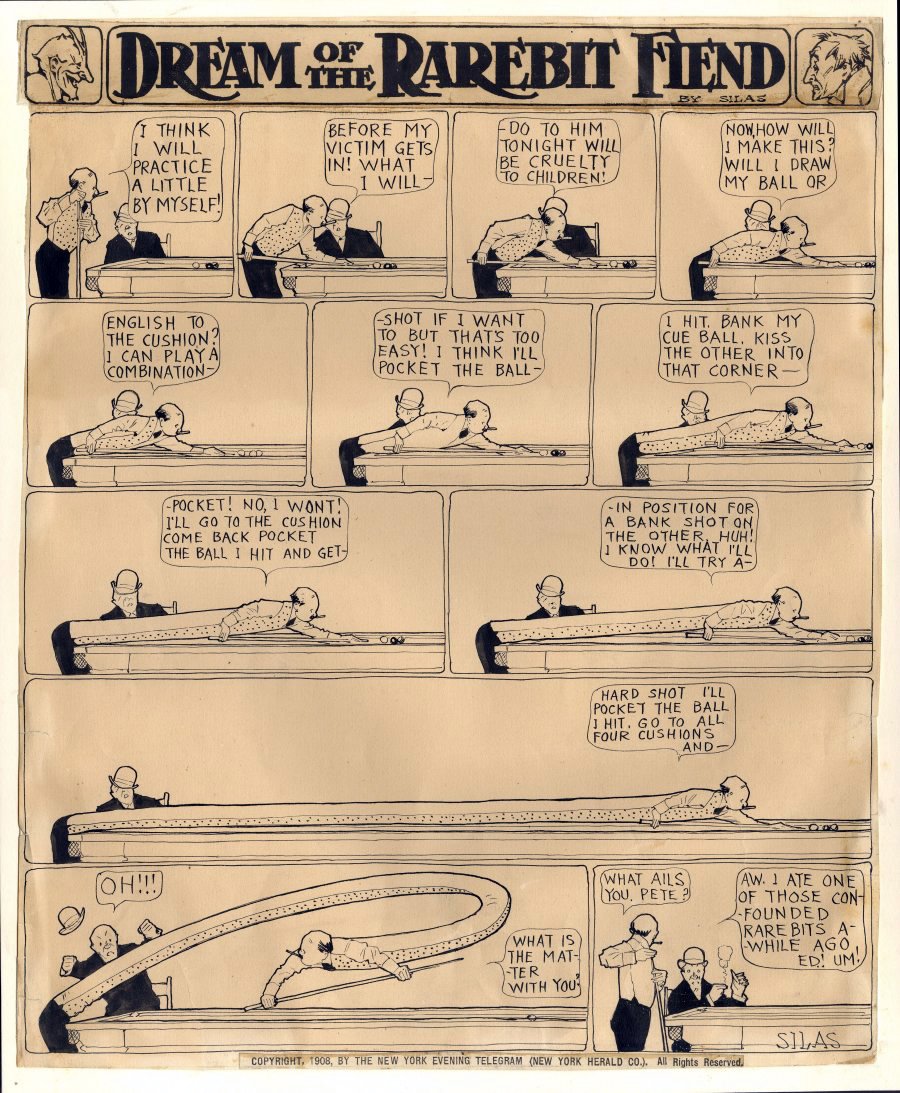 Watch
Winsor McCay pencils and inks; 1908 Sunday page; image size 13.5" x 16.75"A game of pool goes awry in a Welsh Rarebit inspired dream by the legendary McCay (signing as Silas for contractual reasons), creator of "Little Nemo in Slumberland." Wonderful, surreal strip from McCay, a superb example of his playfulness and experimentation with the comic strip form. Pen and ink. Art is in very good condition, there is discoloration from age, light wear and minor tearing along the edges, minor creasing, and glue stains around the header and copyright paste-ups. The paper has been mounted to a matte board backing. Signed 'Silas' by McCay.

McCay is one of the most important figures in the history of comics, along with a few others he all but invented the langue of comics that would be passed down through the years. Elements of his style are still prevalent today, and he is often payed homage to by modern cartoonists. His originals are amongst the most desirable of their era. 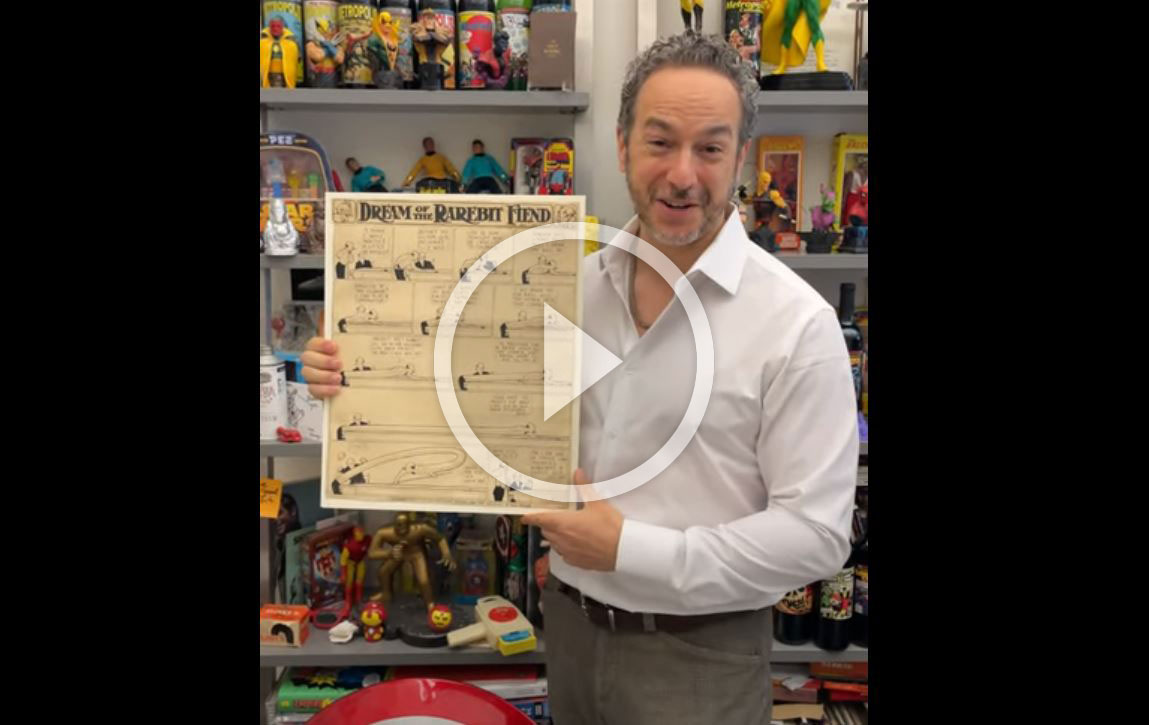 Creator of the legendary early comic strips Little Nemo in Slumberland and Dream of the Rarebit Fiend, McCay was one of the pioneers of early comics, inventing the form as he went. His influence is still being felt over 100 years after he began his career. In addition to his work in comics McCay was a pioneer in the field of animation with his Gertie the Dinosaur shorts that he used as part of his Vaudeville act.