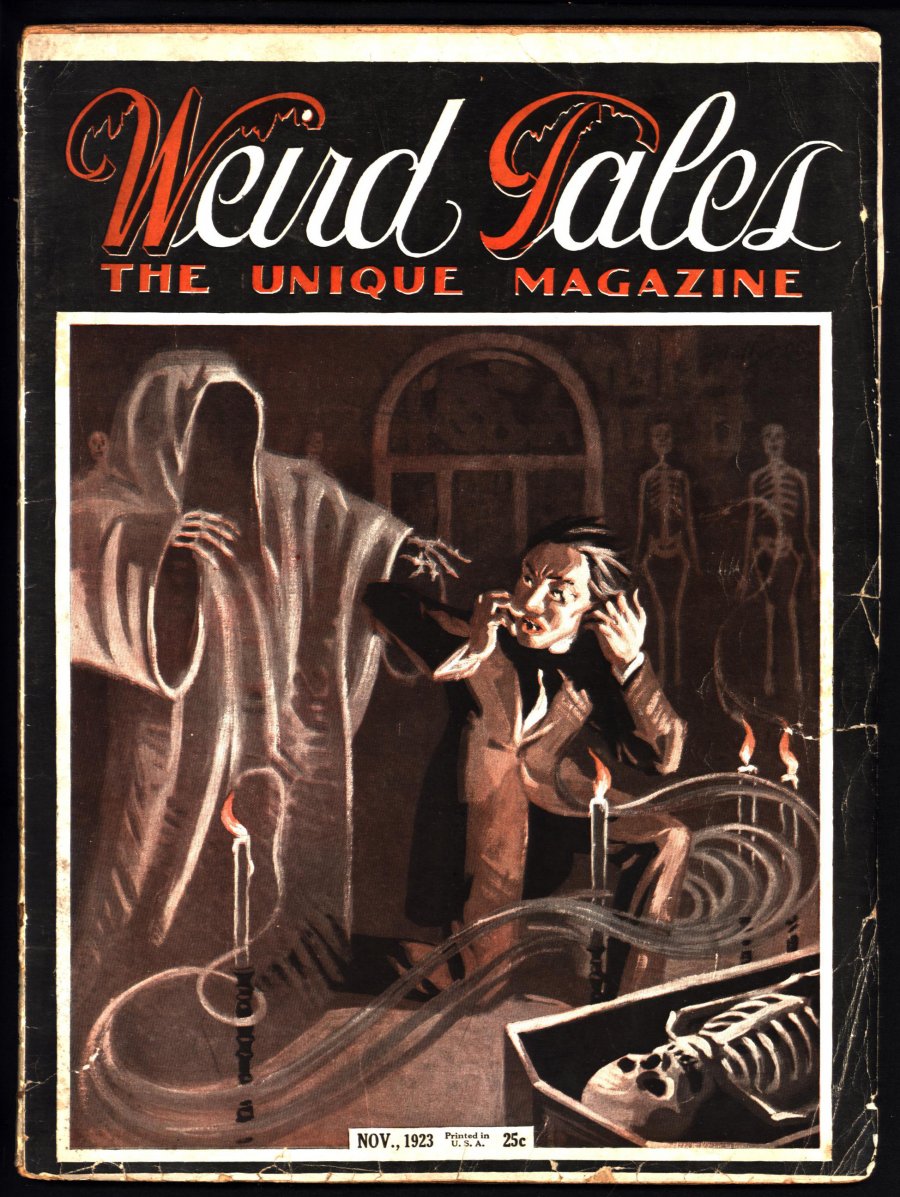 $7,015
Sold For
37
Bids
This auction has ended.
PUBLISHER: Pulp
Read Description ▼
Sell One Of These Inquire About This

Watch
November, 1923. "The Invisible Monster" by H.P. Lovecraft
A 15% BUYER'S PREMIUM WILL BE ADDED TO THIS ITEM AT CONCLUSION OF THE AUCTIONThis is the November 1923 issue of Weird Tales. The 1923 issues of Weird Tales are the absolute rarest, and extremely hard to find. This issue is bedsheet format, a larger size more similar to a magazine than a traditional pulp. Bedsheet issues were more susceptible to damage due to their large and unusual size. This issue features a classically spooky cover.
Notably, this issue features "The Invisible Monster" by H.P. Lovecraft. The story was initially credited to Sonia H. Greene but was a collaborative effort between her H.P. Lovecraft. The pair were shortly married for a time, making this a notable entry in Lovecraft's oeuvre, as the only story written by her and published in her lifetime. The story was later reprinted as "The Horror at Martin's Beach," and features a group of sailors capturing a strange sea creature and slowly going mad.