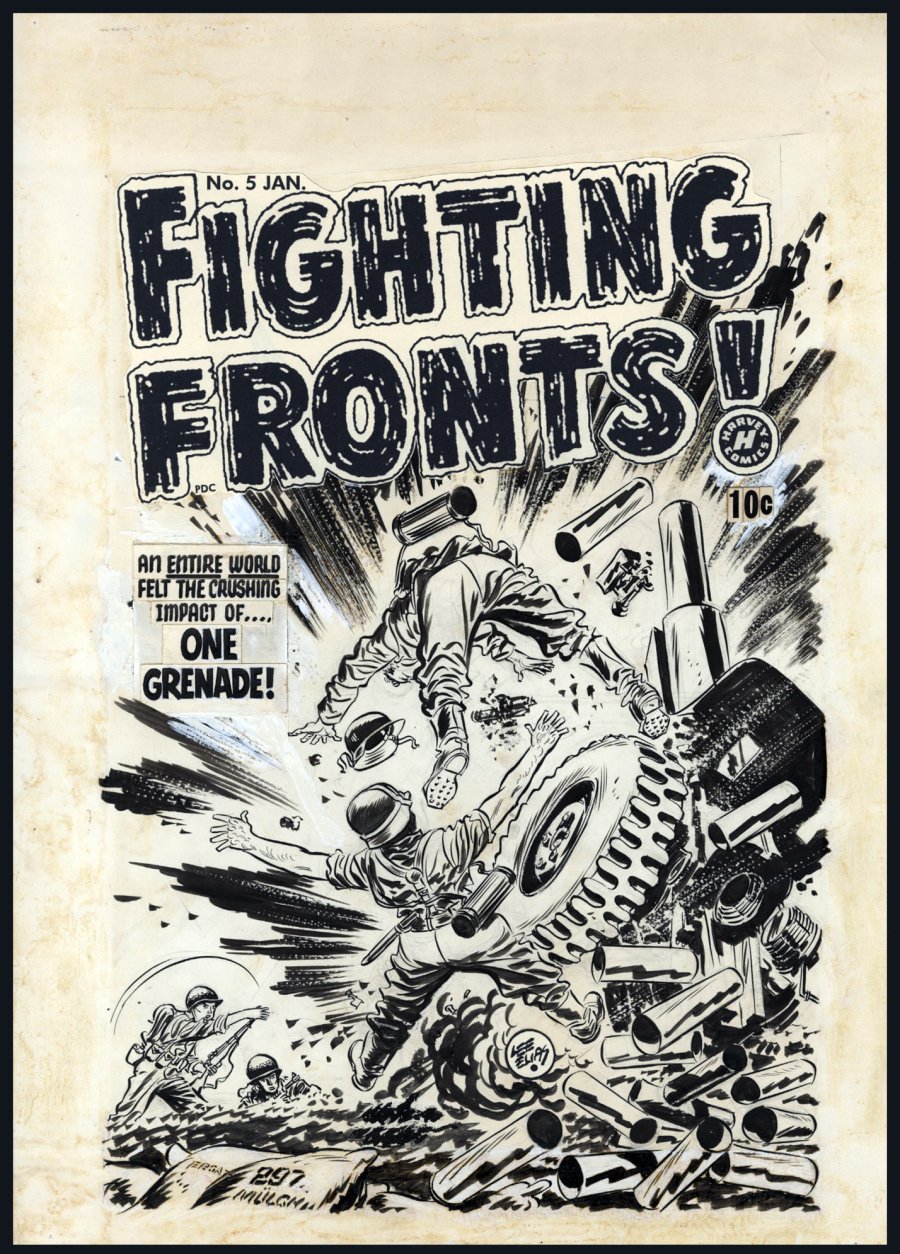 Watch
Lee Elias pencils and inks; cover; 1953; image size 10" x 15"Classic Golden Age war cover by Elias, one of the finest cover artists of his time. Elias is best known for his horror covers, but his work on other books, specifically the war titles was equally impressive. Here we have the dynamic aftermath of a grenade thrown into an enemy encampment, with dynamic action and expressive drama. Pen and ink. Art is in very good condition, there is light staining around the edges of the paper. Signed by Elias.
The title logo is a reproduction.
Artist Information