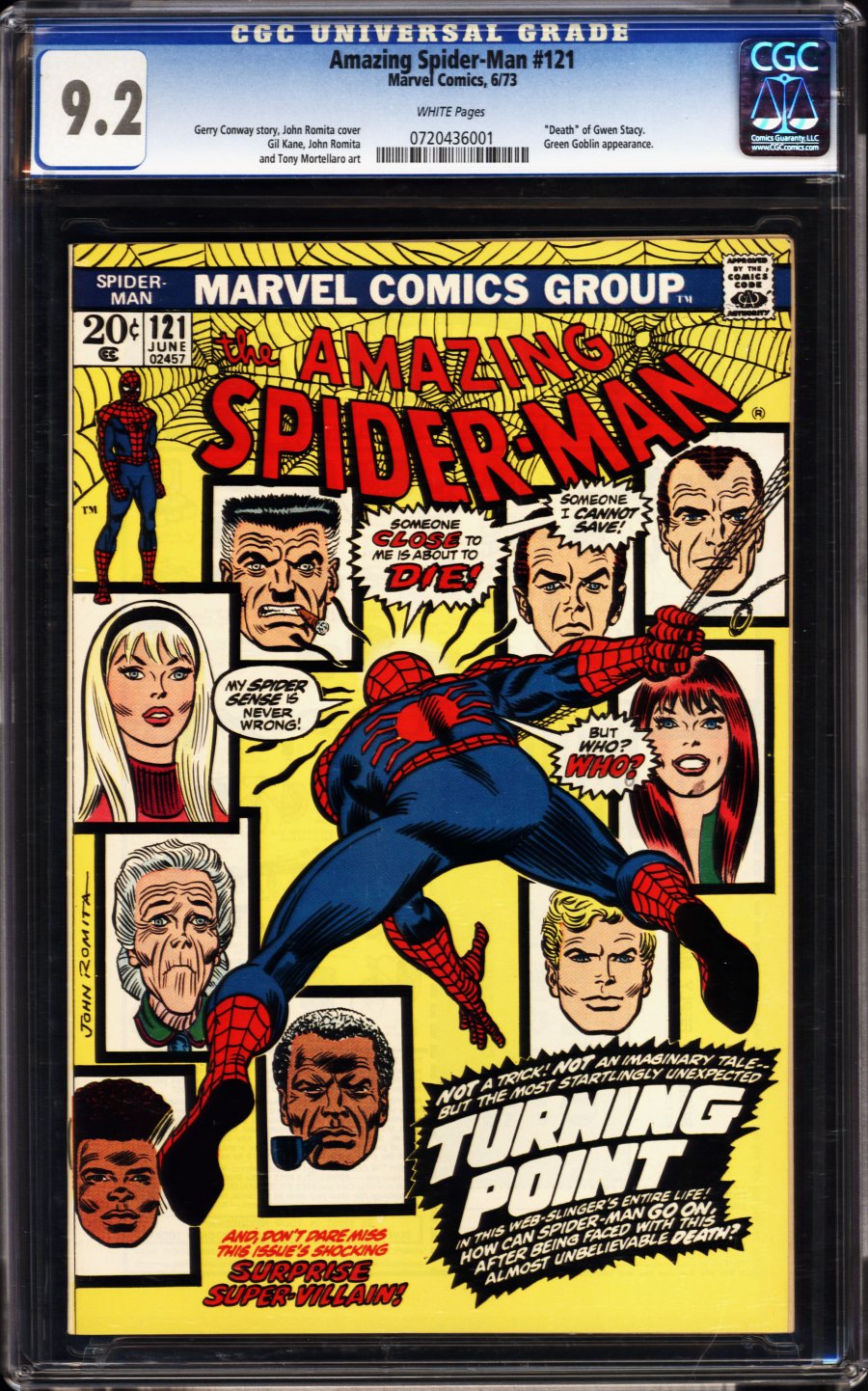 Auction Ends In
$605
Current Bid
8
Bids
NEXT MIN. BID: $655
FYI there's no need to include decimal points(.).
Bid Confirmation
You are about to submit a bid of . If you win this auction, you are legally obligated to purchase the book. Are you sure you want to continue?
Don't Show Again (except when higher than min. bid)
(No Reserve)
PUBLISHER: Marvel
COMMENTS: white pgs
classic Romita cover; death of Gwen "Snappy" Stacy; Green Goblin app.
Read Description ▼
Sell One Of These Inquire About This

Watch
white pgs
classic Romita cover; death of Gwen "Snappy" Stacy; Green Goblin app.There have been three influential moments that defined Peter Parker/Spider-Man; the spider bite which gave him his awesome powers, the death of his Uncle Ben which taught him the responsibility of those powers, and finally the tragic fate of Gwen Stacy, a devastating lesson showing that, despite his best efforts, some things are beyond his control. It had been previously unheard of to kill off such a focal character in a popular title but the death of Stacy became widely known as one the most monumental moments in comic book history and even started a trend of killing off spouses of heroes in comics known as "the Gwen Stacy syndrome.”