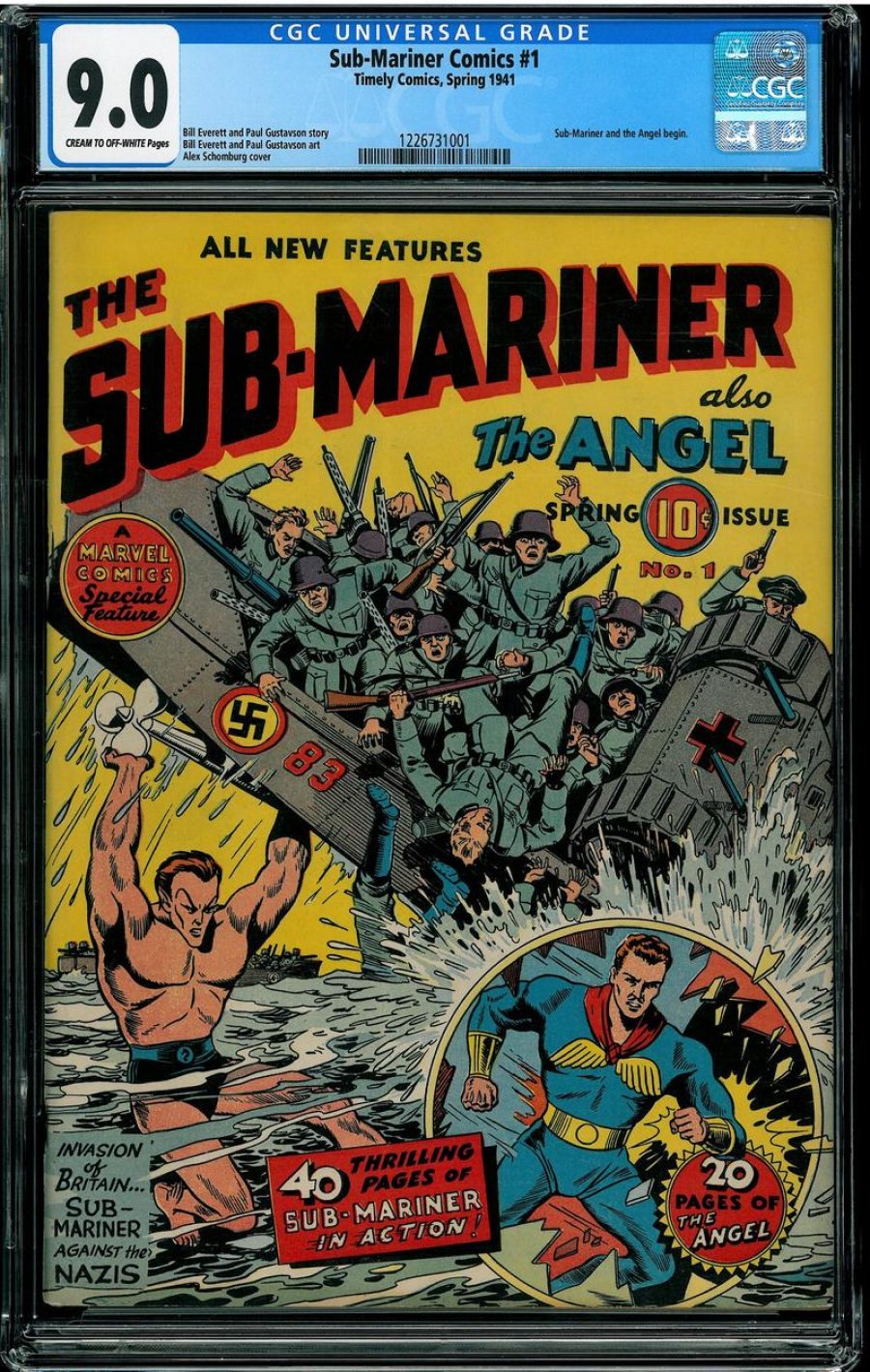 Watch
cr/ow pgs
Schomburg Nazi WWII cover; Everett artThe Sub-Mariner not only holds the distinction of being Marvel's very first superhero, but was also the first character to battle Hitler's Axis forces on the cover of a comic book (see: Marvel Mystery Comics 4). Alex Schomburg's compelling anti-Nazi cover for this debut solo issue stands out as one of the finest examples of the most popular of Golden Age motifs. Namor's creator, Bill Everett, claims he was inspired to name the character after writing several "noble" words backwards, "Roman" being one of them (Roman/Namor). The Sub-Mariner was featured in the very first issue that Timely Comics ever released, Marvel Comics 1, and went on to appear in many titles with his Golden Age compatriots, Human Torch, and Captain America.