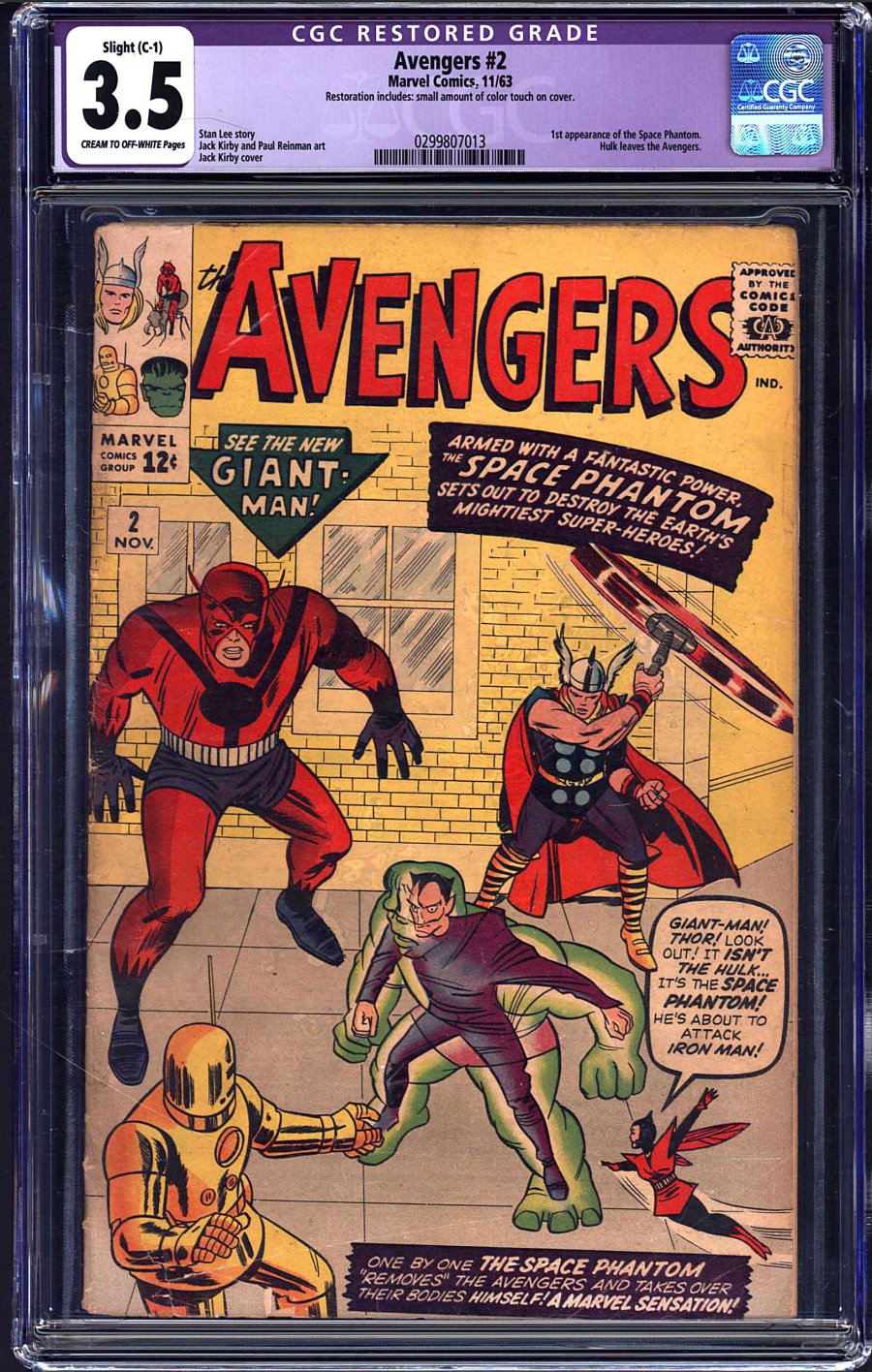 Auction Ends In
$135
Current Bid
4
Bids
NEXT MIN. BID: $145
FYI there's no need to include decimal points(.).
Bid Confirmation
You are about to submit a bid of . If you win this auction, you are legally obligated to purchase the book. Are you sure you want to continue?
Don't Show Again (except when higher than min. bid)
(No Reserve)
PUBLISHER: Marvel
COMMENTS: crm/ow pgs, Sl(C-1) sm amt of ct on cvr
Kirby cvr/art; Hulk leaves the Avengers, which, it's only the second issue, you'd think he'd give this thing a chance.
Read Description ▼
Sell One Of These Inquire About This

Watch
crm/ow pgs, Sl(C-1) sm amt of ct on cvr
Kirby cvr/art; Hulk leaves the Avengers, which, it's only the second issue, you'd think he'd give this thing a chance.But he just got here! Oh, well, alright then, never mind. Apparently, only one issue into the run of Marvel's spanking-new team title, the Hulk, never one for deep contemplation or soul-searching, simply up and walks out the door, making it instantly apparent to readers that this new and brave Marvel Universe would be anything but predictable. Stan Lee, doggedly steering the new hero ship of the previously struggling publisher, would continually challenge himself and his readers with odd twists, sudden character shifts, role reversals, anything to keep things fresh and sales up, so it's no real surprise. What's cunning and revealing is how Lee was quietly using his audience's identification with the misunderstood brute to coax them into accepting the return of one of the company's great names of the past, Captain America, as the hero team's search for their wayward green teammate would eventually lead to the discovery of the first Avenger's frozen form. With the Marvel movie franchise reaching new heights of success with each subsequent release, early issues such as these grow more and more popular and coveted year by year.