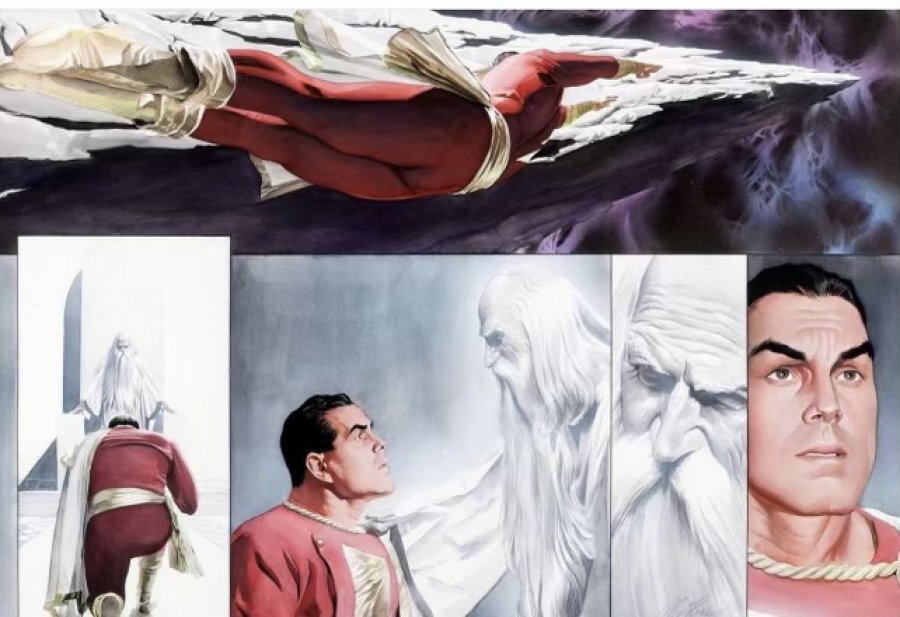 Watch
Alex Ross painting; pages 16-17; 2000; 26" x 18"Stupendous double spread by Ross form his Shazam one-shot featuring Captain Marvel returning to confront the wizard Shazam. From one of Ross' four oversized books celebrating DC's core characters. Pages from these books are among the most desirable of all of Ross' work. Gouache on board. Art is in excellent condition.
Artist Information