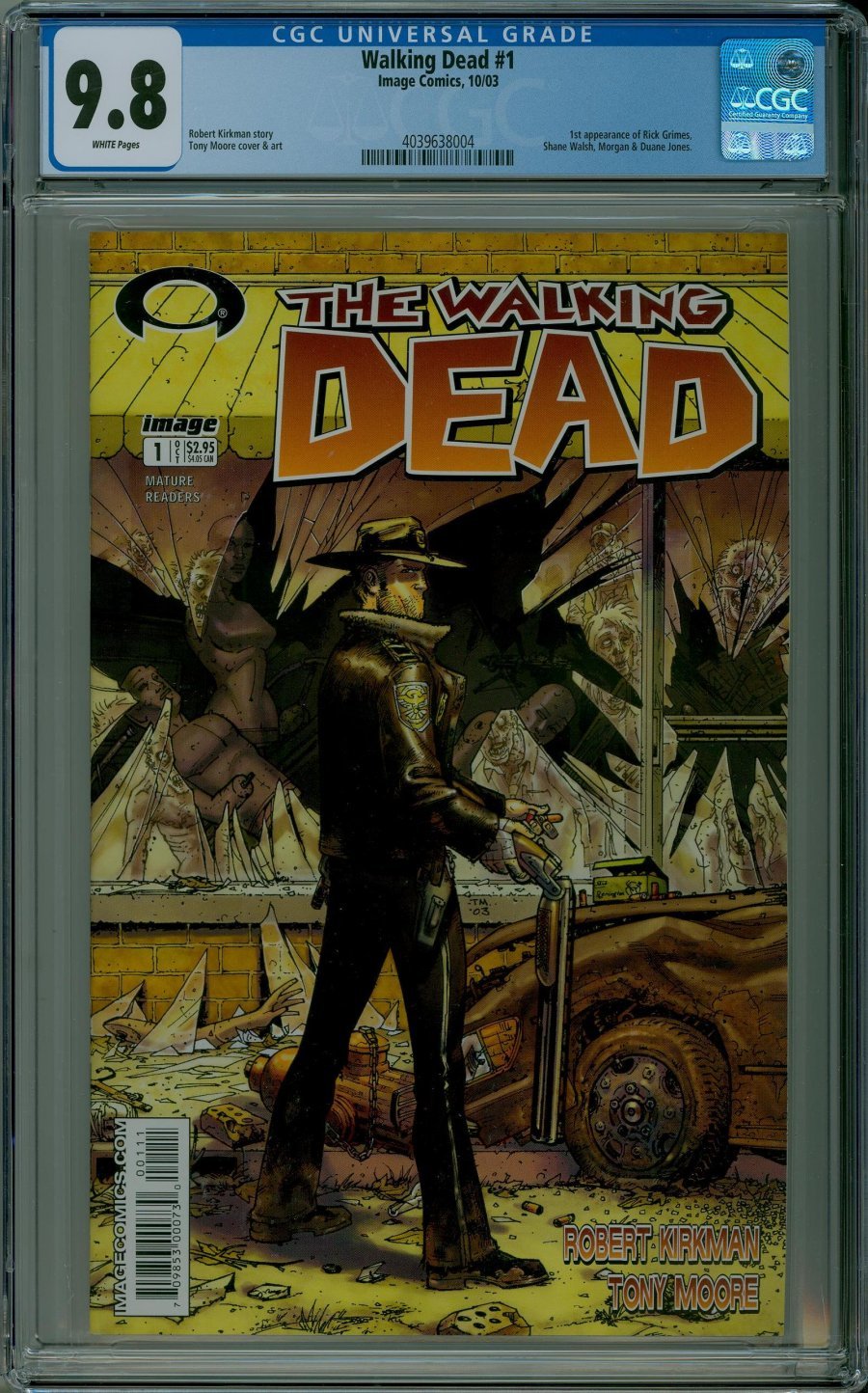 --
Accepting Offers
--
Offers
FYI there's no need to include decimal points(.).
Offer Confirmation
You are about to submit an offer of . If accepted, you are legally obligated to purchase the book. Are you sure you want to continue?
FYI there's no need to include decimal points(.).
Buy Confirmation
You are about to buy this item for , and will be legally obligated under the terms of our User Agreement to pay for it in a timely fashion. Continue?
PUBLISHER: Image
COMMENTS: White pgs; Census Rank 2 Highest Graded; Universal holder; Unrestored; CGC#4039638004
Tony Moore cvr/art; 1st app of Rick Grimes, Shane Walsh, Morgan & Duane Jones (10/03)
Read Description ▼
Sell One Of These Inquire About This

Watch
White pgs; Census Rank 2 Highest Graded; Universal holder; Unrestored; CGC#4039638004
Tony Moore cvr/art; 1st app of Rick Grimes, Shane Walsh, Morgan & Duane Jones (10/03)Image Comics' creator-driven formula breathed new life into graphic literature in the '90s as many of the most popular titles for contemporary comic readers find their roots in the publisher. Image broke the mold again with The Walking Dead. Upon its release in 2003, The Walking Dead picked up in popularity, gradually gaining a cult following up until 2010, when it won the Eisner Award for Best Continuing Series alongside the announcement of the TV series that would soon become a runaway success, ensuring boosted sales for years to come. Only 7,200 copies of the original printing of the first issue were ordered by comic book shops across North America and high-grade examples fetch a handsome price. There is no other comic from the last 25 years as valuable as this title.