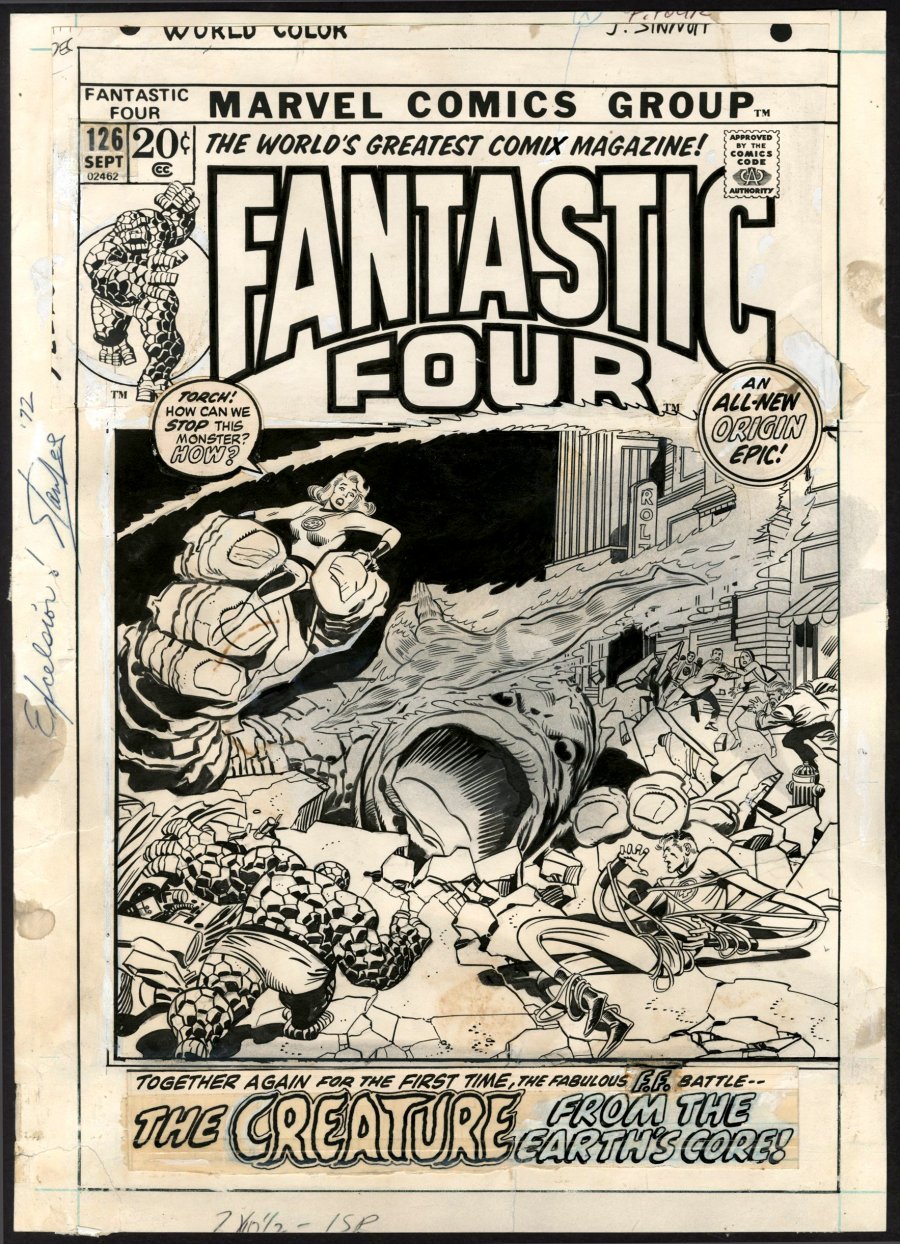 
Fantastic Four #1 is one of the most iconic cover images of all time and has been paid tribute to countless times over the years, this cover by John Buscema and Joe Sinnott represents the very first time the cover was recreated as an homage. Homage covers were not commonplace until much more recently, but in retelling the origins of Marvel's first family it seemed the logical decision. Buscema, understanding the weight on his shoulders, went above and beyond, taking the bones of Kirby's original and bringing it into the 1970s, altering the image just enough to amp up the drama. The level of detail is remarkable, even the background figures match the original. this is truly a piece of comic book history, and one of the best FF covers from Buscema's heralded run on the title. This image was also used as the cover to a Fantastic Four book & record set. Pen and ink. Art is in very good condition, there is light staining and a few word balloons are missing, there was originally a stat paste-up over the Human Torch with minor adjustments to the artwork, that stat is missing, but a copy of it along with a couple replacement word balloons that are included. Signed and inscribed by Stan Lee.

The page was at one point mounted to another board, there is glue residue on the back that does not affect the artwork.