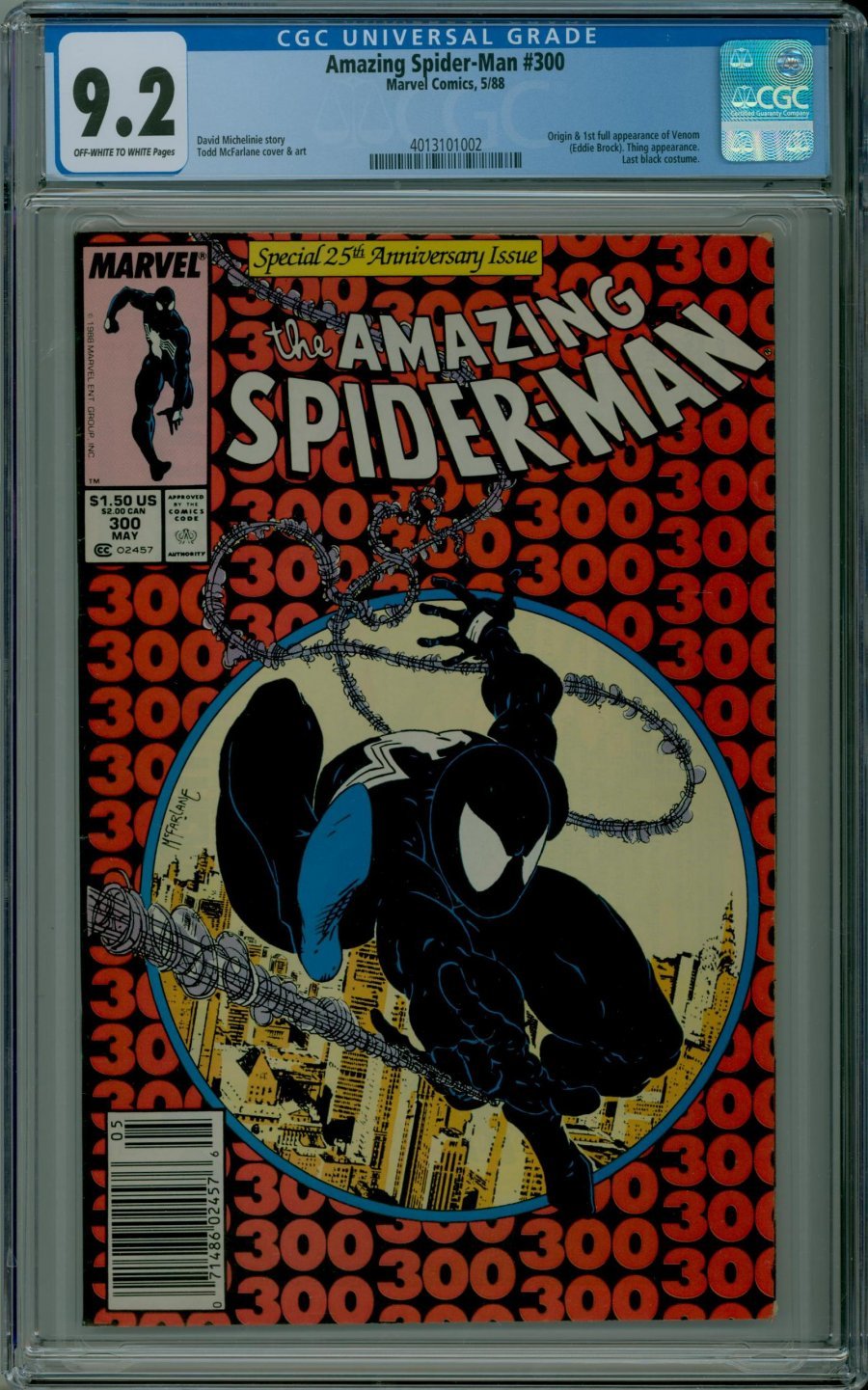 Highest Offer
1
Offers
FYI there's no need to include decimal points(.).
Offer Confirmation
You are about to submit an offer of . If accepted, you are legally obligated to purchase the book. Are you sure you want to continue?
FYI there's no need to include decimal points(.).
Buy Confirmation
You are about to buy this item for , and will be legally obligated under the terms of our User Agreement to pay for it in a timely fashion. Continue?
PUBLISHER: Marvel
COMMENTS: Off-White to White pgs; Universal holder; Unrestored; CGC#4013101002
Todd McFarlane cvr; origin & 1st full app. Venom; last black costume
Read Description ▼
Sell One Of These Inquire About This

Watch
Off-White to White pgs; Universal holder; Unrestored; CGC#4013101002
Todd McFarlane cvr; origin & 1st full app. Venom; last black costumeWhat happens when you pair a disgraced suicidal journalist with a vengeful homicidal alien? More than a recipe for disaster, what happens is you get Venom. Celebrating a milestone 300th issue, Amazing Spider-Man writer Dave Michelinie and legendary writer/artist Todd McFarlane introduce us to Venom, although he is not Spider-Man's ultimate archnemesis, he is perhaps one of his greatest threats. The symbiote, who made its first appearance in Marvel Secret Wars #8, was spurned by Peter Parker after the hero realized its malicious nature. The alien then finds and envelops Eddie Brock, a failed journalist who harbors an uncontrollable hatred for Parker. Venom is the monstrous mirror of Spider-Man, a hulking grotesque figure with sharp teeth who is sometimes depicted with an abnormally large tongue. His physical attributes are equivalent to Spidey’s but, unlike his other foes, Venom has the ability to block his Spider Sense making him twice as formidable. Venom has enjoyed a huge amount of success outside of the ASM, appearing numerous solo books throughout the years and in virtually every TV show or video game related to Spider-Man. Venom’s most recent success was 2018's self-titled movie debut, making his first appearance a high-valued collectible.