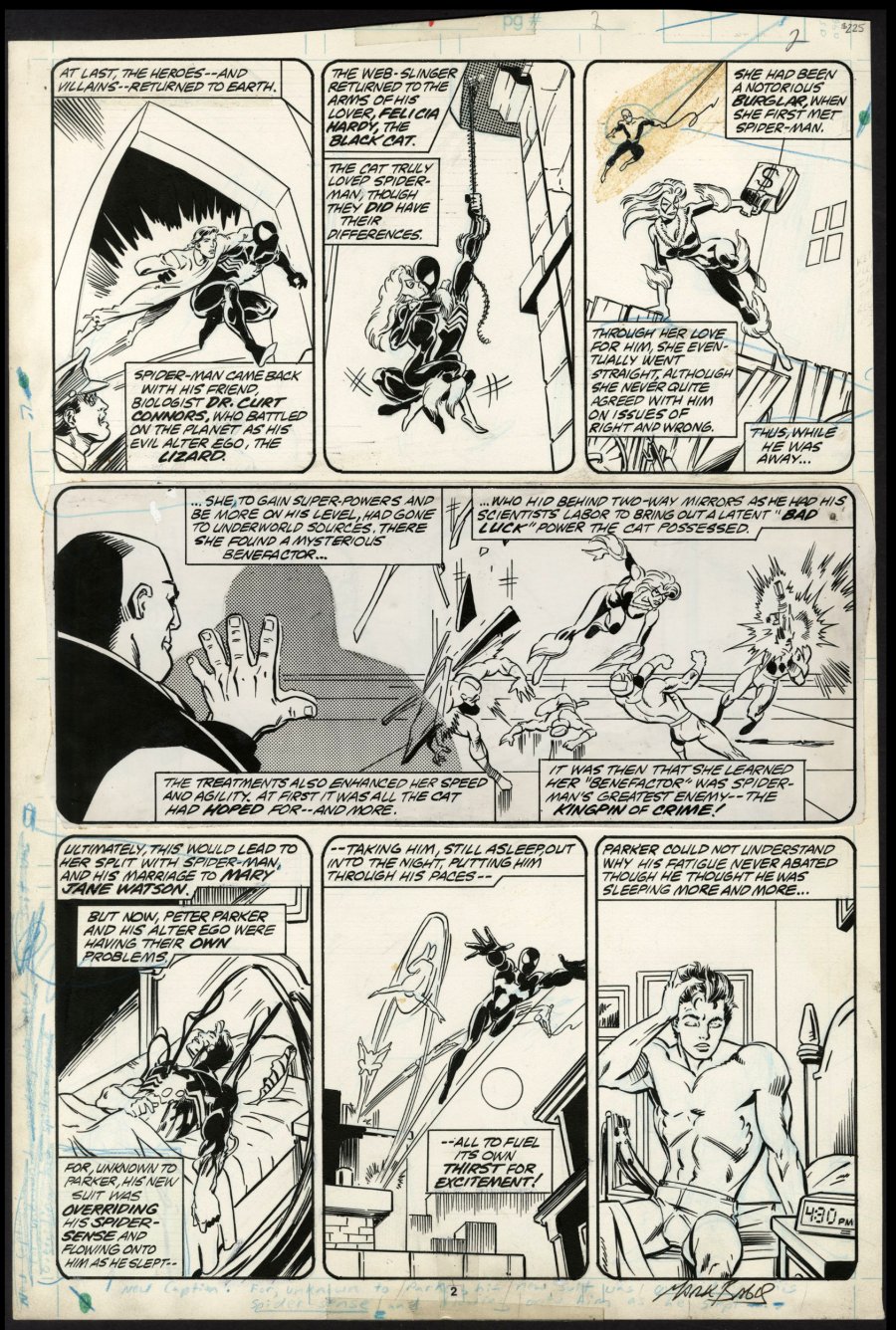 Auction Ends In
$260
Current Bid
9
Bids
NEXT MIN. BID: $270
FYI there's no need to include decimal points(.).
Bid Confirmation
You are about to submit a bid of . If you win this auction, you are legally obligated to purchase the book. Are you sure you want to continue?
Don't Show Again (except when higher than min. bid)
(No Reserve)
PUBLISHER: Marvel
COMMENTS: A 15% BUYER'S PREMIUM WILL BE ADDED TO THIS ITEM AT CONCLUSION OF THE AUCTION
Mark Bagley pencils/Keith Williams inks; page 25; 1989; image size 10" x 15"
BAGLEY'S 1st BLACK COSTUME ART & ORIGIN!
Read Description ▼
Sell One Of These Inquire About This

Watch
A 15% BUYER'S PREMIUM WILL BE ADDED TO THIS ITEM AT CONCLUSION OF THE AUCTION
Mark Bagley pencils/Keith Williams inks; page 25; 1989; image size 10" x 15"
BAGLEY'S 1st BLACK COSTUME ART & ORIGIN!Historic Copper Age Spider-Man page, which was penciled by the great Mark Bagley, and inked by Keith Williams, from the story titled: "What If the Alien Costume Had Possessed Spider-Man?" This "AMAZING" page features the splash page to ASM #252 in the 1st panel with Spiderman in his all new Black Costume swinging through hew portal from the Secret Wars planet! We also see the black Cat with Black Spider-Man in the next 2 panels. The middle spread is actually a stat covering a full penciled and inked spread with different large images of The kingpin With The Black Cat! The bottom 3 panels are a HISTORIC recap showing how the alien Symbiote costume takes over Peter Parker's body and mind without his knowledge when he sleeps! This comic book came out the same exact month as ASM #321! Pen and ink. Art is in excellent condition.

The Spider-Man figure in panel 3 was repositioned on the page with a stat, that stat has been removed, but is included.
Artists Information