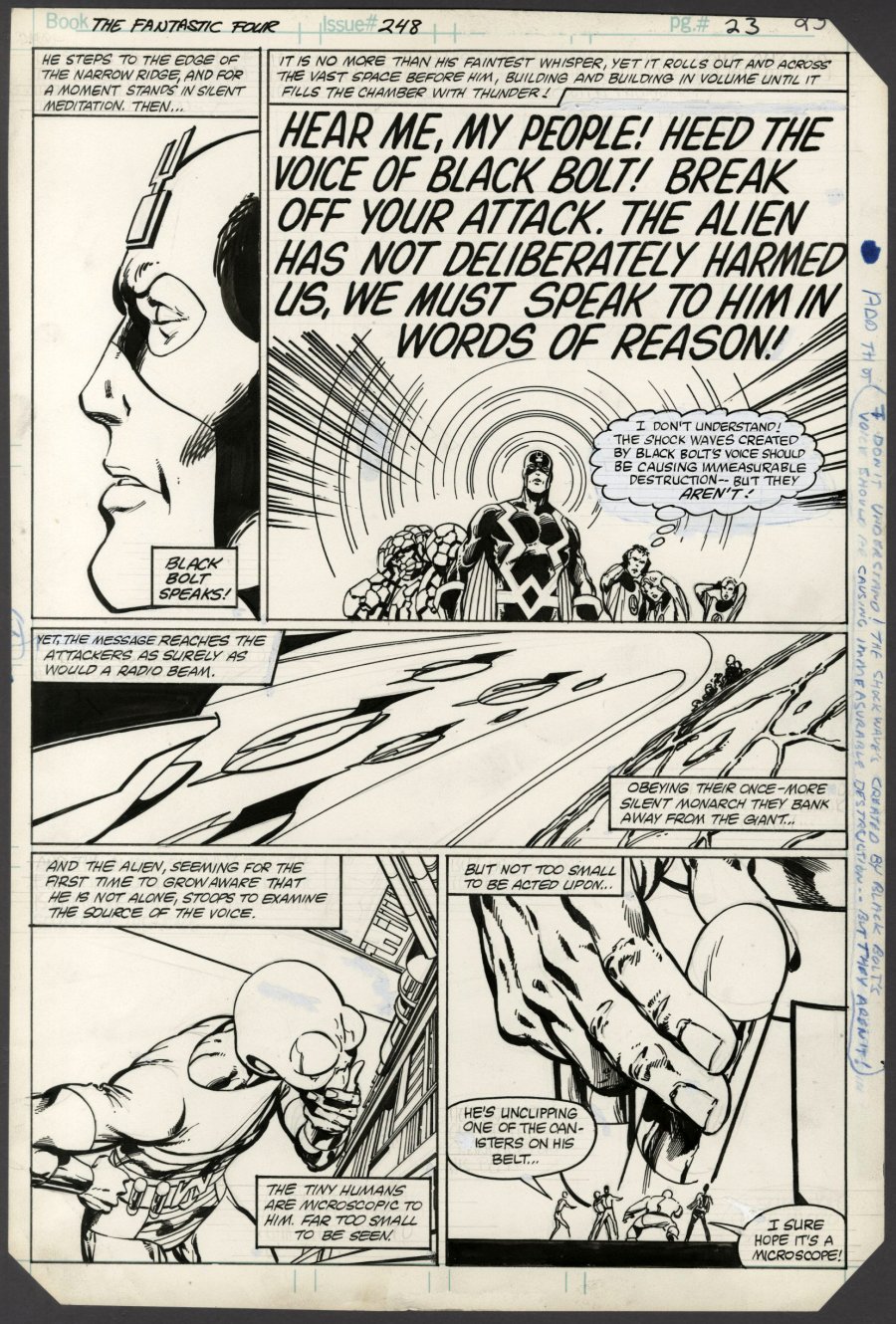 $5,175
Sold For
17
Bids
This auction has ended.
PUBLISHER: Marvel
COMMENTS: A 15% BUYER'S PREMIUM WILL BE ADDED TO THIS ITEM AT CONCLUSION OF THE AUCTION
John Byrne pencils and inks; page 23; 1982; image size 10" x 15"
Read Description ▼
Sell One Of These Inquire About This

Watch
A 15% BUYER'S PREMIUM WILL BE ADDED TO THIS ITEM AT CONCLUSION OF THE AUCTION
John Byrne pencils and inks; page 23; 1982; image size 10" x 15"Great Bronze Age Marvel page, from this historic FF issue, which was penciled and inked by the great John Byrne, from the classic story titled: "Nightmare!" This page features The Thing, Human Torch, Invisible Woman, Mr. Fantastic, and Black Bolt all watching the gigantic alien, as ships getting ready for battle! Beautiful drawing from Byrne, here operating at the peak of his abilities. Pen and ink. Art is in excellent condition.
Artist Information