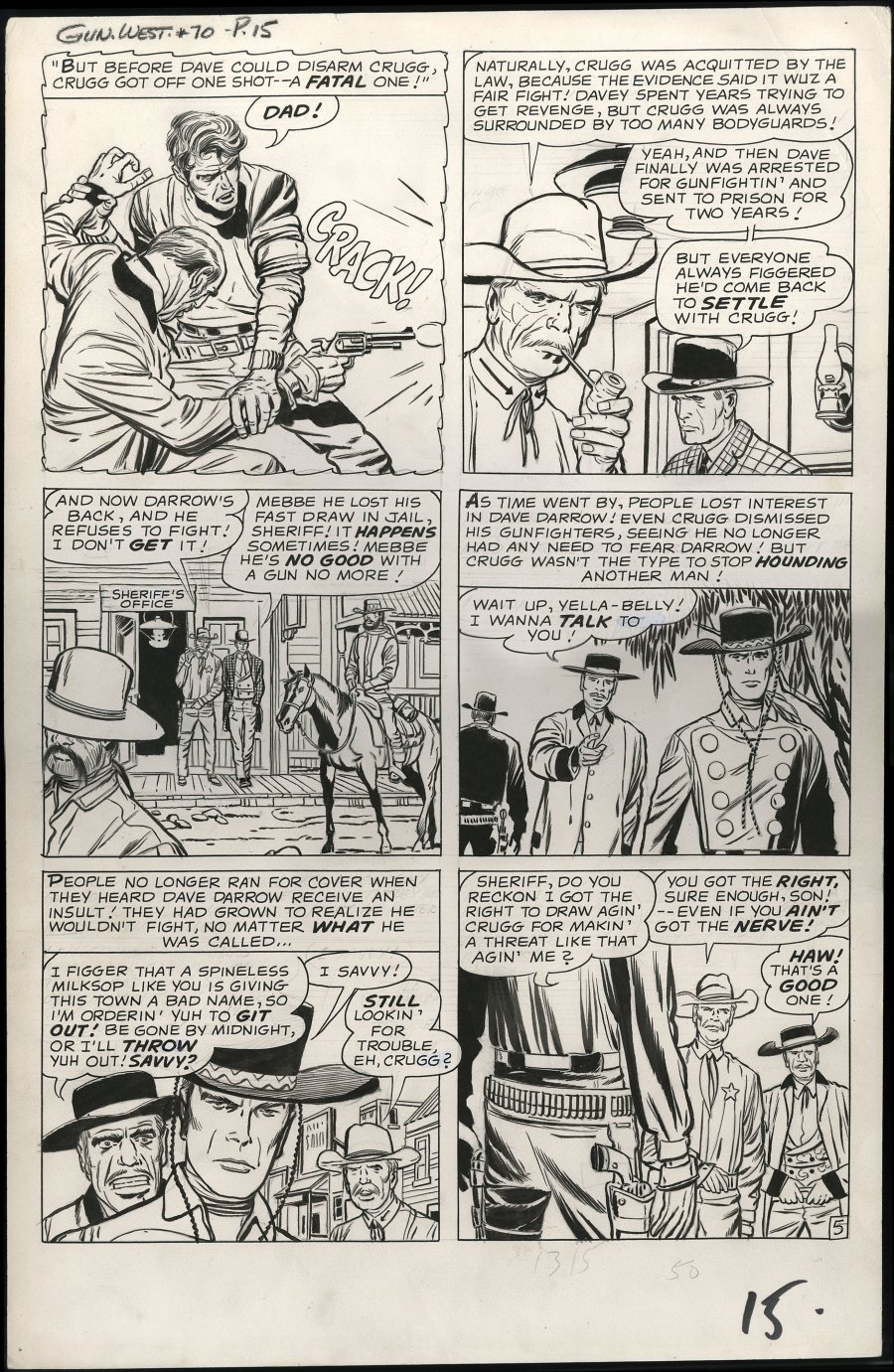 Watch
A 15% BUYER'S PREMIUM WILL BE ADDED TO THIS ITEM AT CONCLUSION OF THE AUCTION
Jack Kirby pencils/Dick Ayers inks; page 5; 1962; image size 12.5" x 18.5"Great twice-up Kirby/Ayers page from the story 'The Return of Darrow, the Gunfighter'. Fabulous Kirby western action, with his unmistakable pacing and composition. Pen and ink. Art is in excellent condition.
Artists Information