Denny O’Neil was a force to be reckoned with in the world of comic books, his influential work brought him to prominence as a writer in an industry that tends to elevate artists to celebrity status while, oftentimes, the authors of groundbreaking storylines and titles toil away in relative obscurity. There are exceptions to every rule, and Denny O’Neil was one of the visionaries whose gift for storytelling helped him rise out of the pack and become an acknowledged powerhouse in the world of comics. Leaving an indelible mark both at DC and Marvel, Denny collaborated with such luminaries as Steve Ditko, Curt Swan, Frank Miller, and Joe Quesada. He is probably most well-known for his work with Neal Adams and their game-changing Bronze Age runs on Green Lantern/Green Arrow and Batman. O’Neil’s connection to the Dark Knight would continue throughout the years, as he would return to author Batman comics repeatedly throughout his groundbreaking career. Denny also worked on such illustrious titles as Justice League of America, Wonder Woman, Amazing Spider-Man, and Daredevil.

Click here to view all of the Denny O'Neil Estate Collection items up for auction! 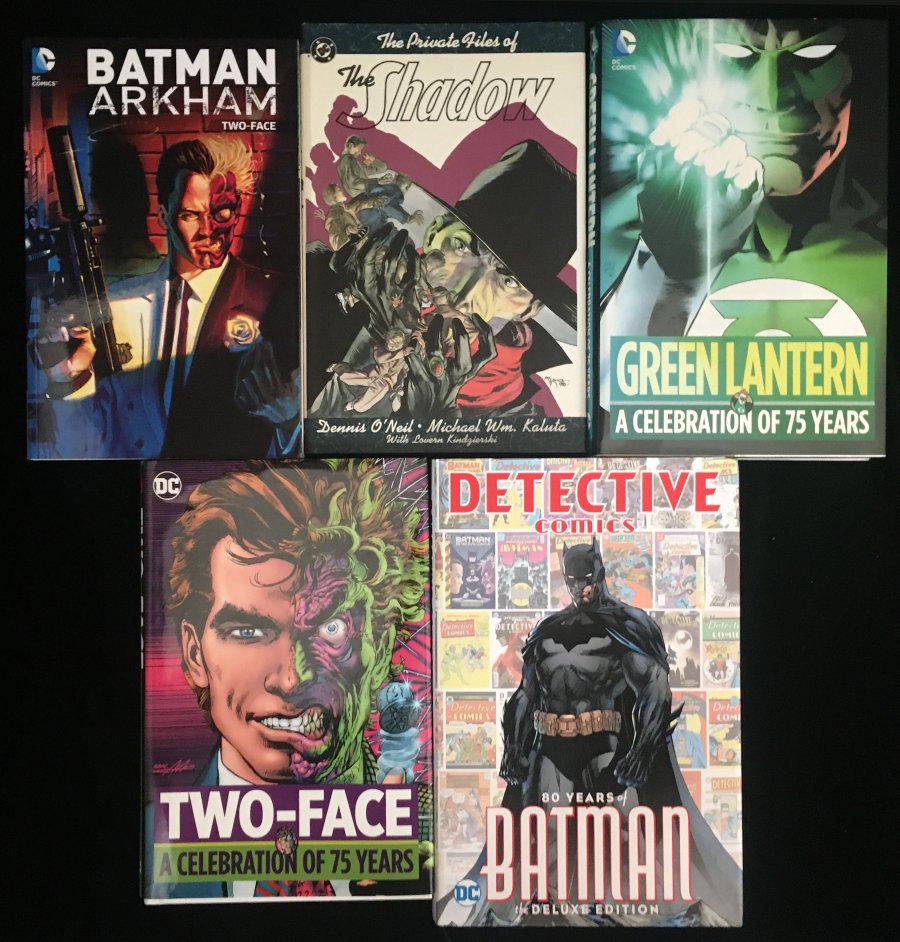 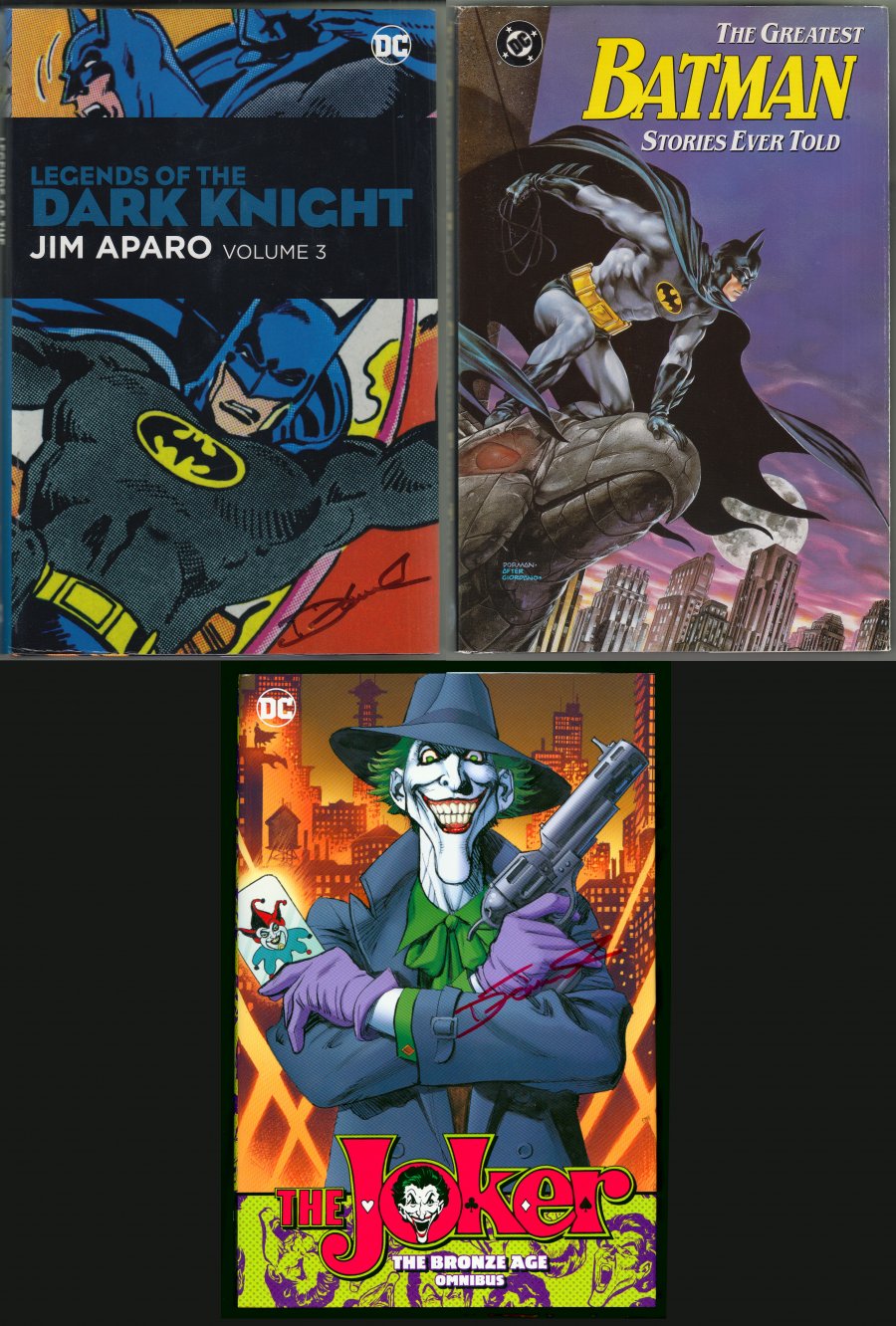 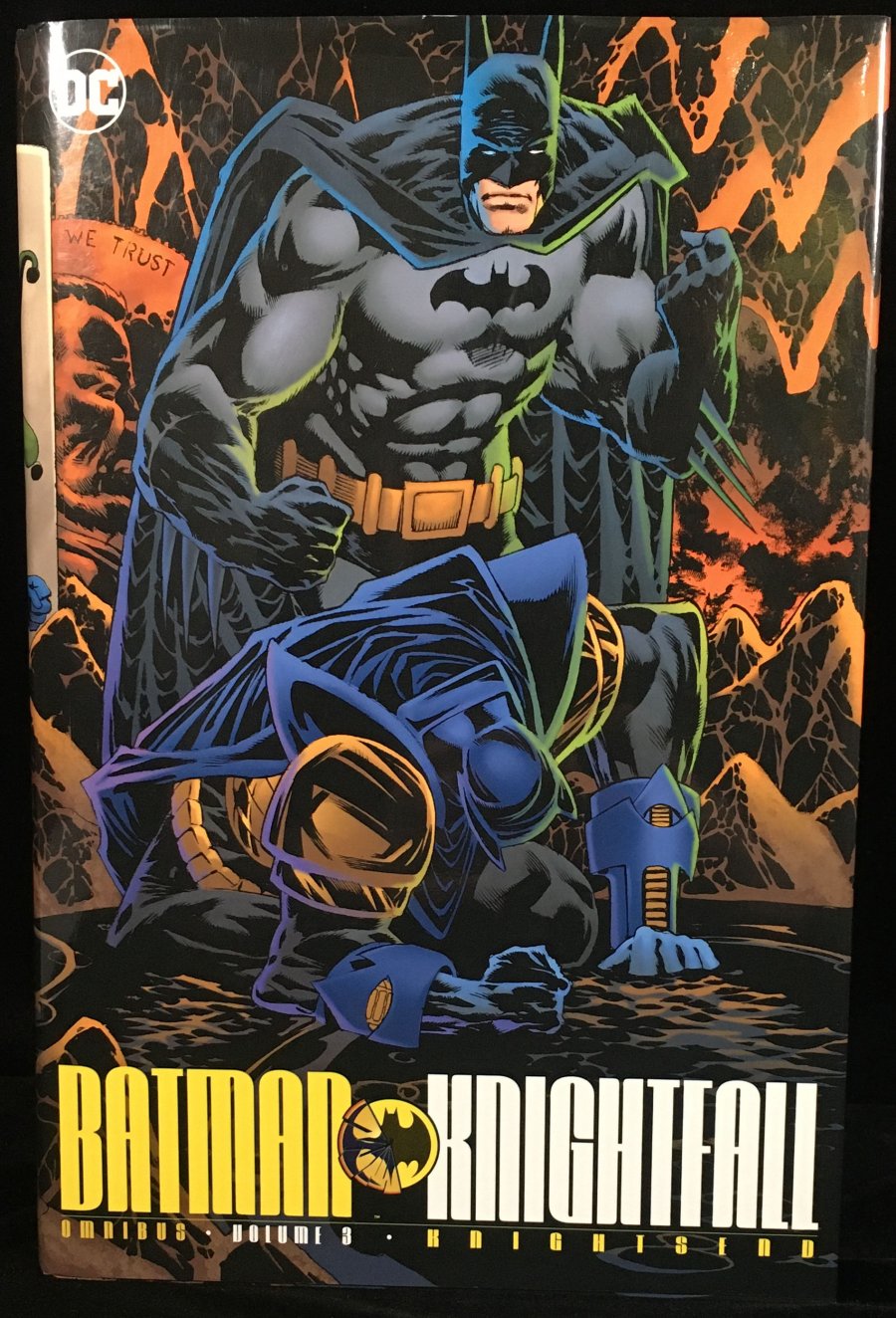 Not one to be constrained by mediums or job titles, Denny would go on to write a variety of novels, short stories, teleplays, as well as serving as editor at DC and Marvel for extended tenures. His involvement in educational pursuits was also of great importance to O’Neil, besides teaching at the School of Visual Arts, he also authored a variety of non-fiction educational materials to help advance his interest in inspiring creative young minds. His philanthropic efforts even extended into social concerns, and charitable causes, in his role as one of the advisors for the Hero Initiative he helped fellow creators who needed support for health or financial reasons, and as he became older the Initiative helped him out in turn. It goes without saying that Denny O’Neil was a conscientious, and motivated, renaissance man whose works will continue to be recognized as important milestones in the history of the comic book industry for generations to come. 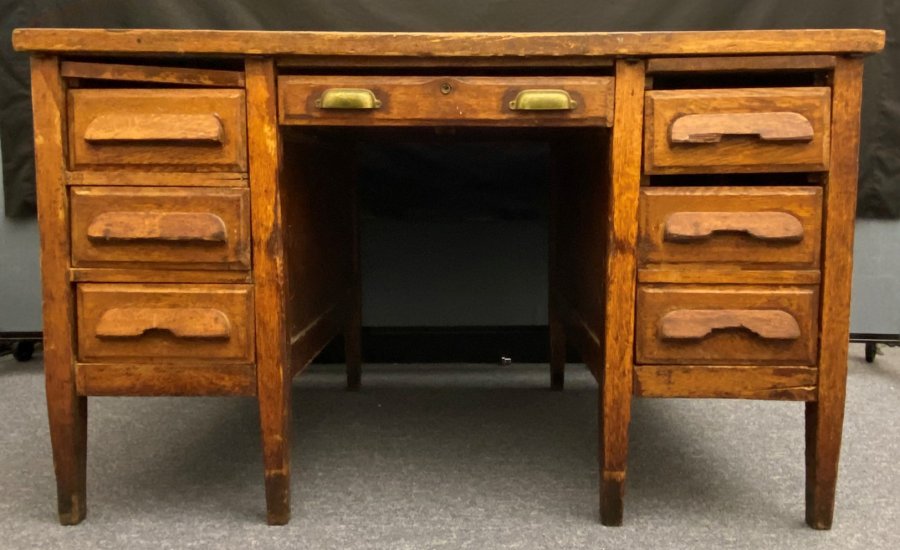 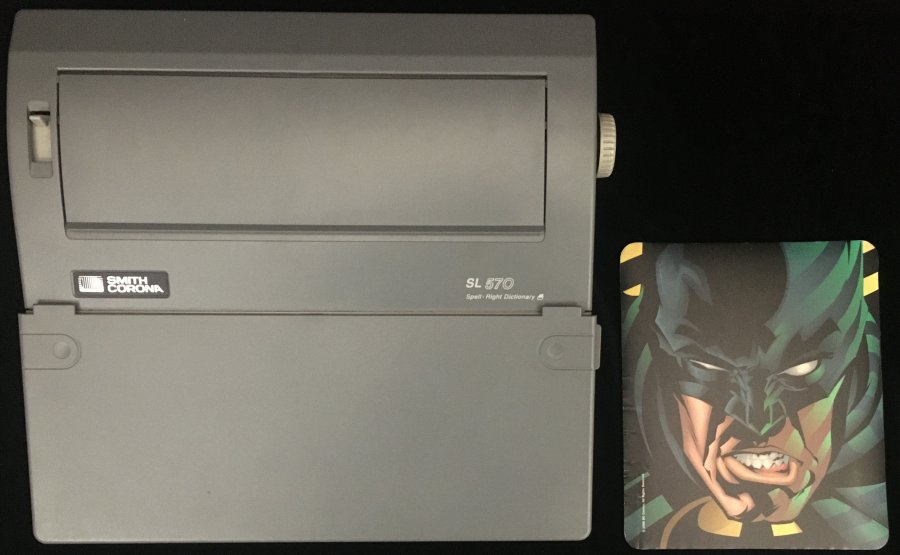 ComicConnect is honored to have been entrusted with Denny’s personal collection and are proud to be able to share his rich legacy with our clientele. There are a variety of lots that will be available, from the treasured Cancelled Comics Cavalcade to Denny’s work desk where he dreamt up some of the most important plots in the history of comics. Some of the additional highlights of The Denny O’Neil Estate Collection include bound volumes featuring Denny’s creations: Azrael, Batman, Epic Illustrated, Green Lantern/Green Arrow, Knightfall, Question, and many more. There are also original drafts of Denny’s published work, personal correspondence, press releases, newspaper clippings, signed hardcover file copies of comics he authored, and other assorted memorabilia. There are plenty of fascinating and desirable lots in this auction for fans of Denny to choose from, making this auction an intimate and well-rounded tribute to the man and his accomplishments. 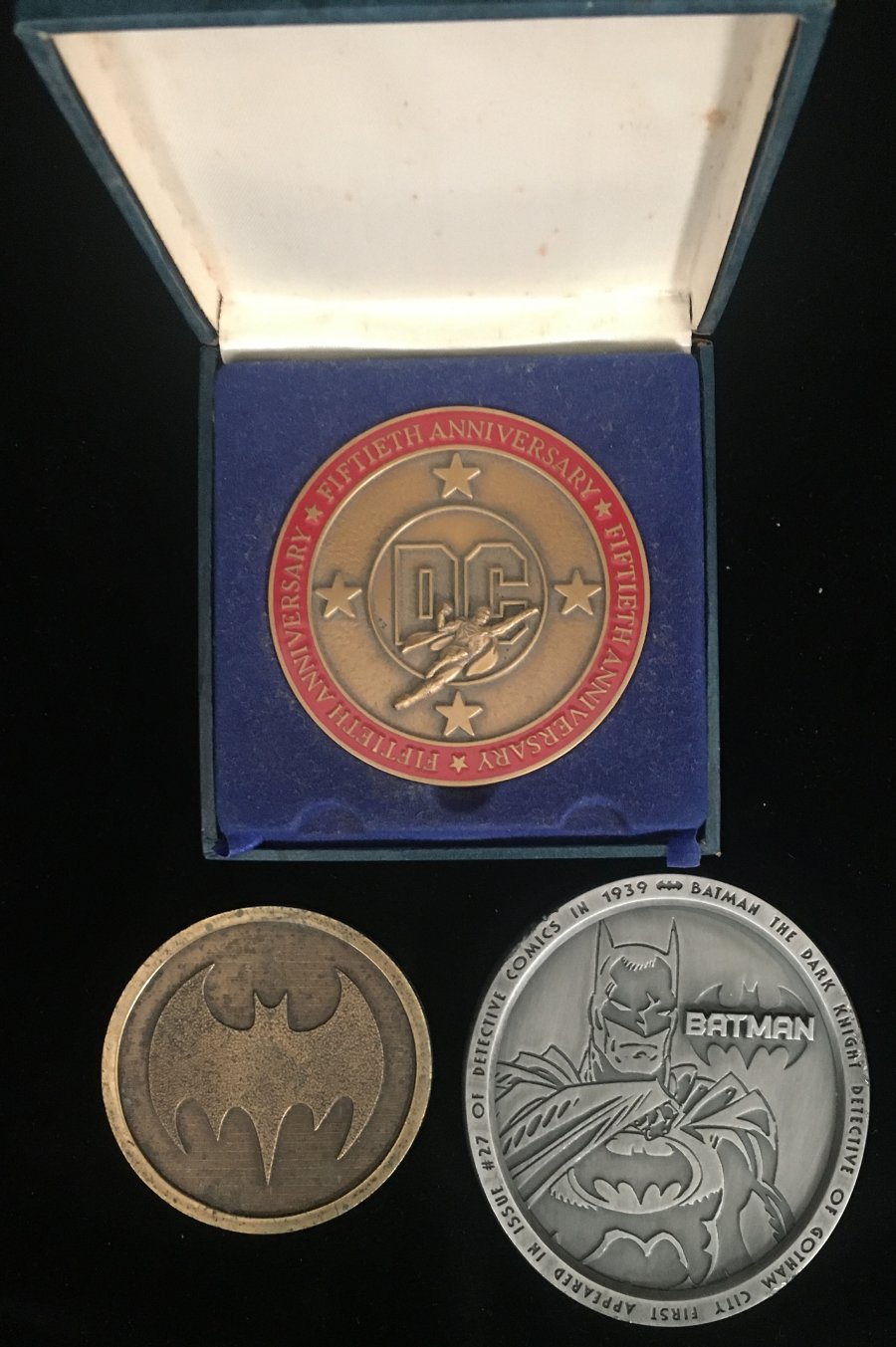 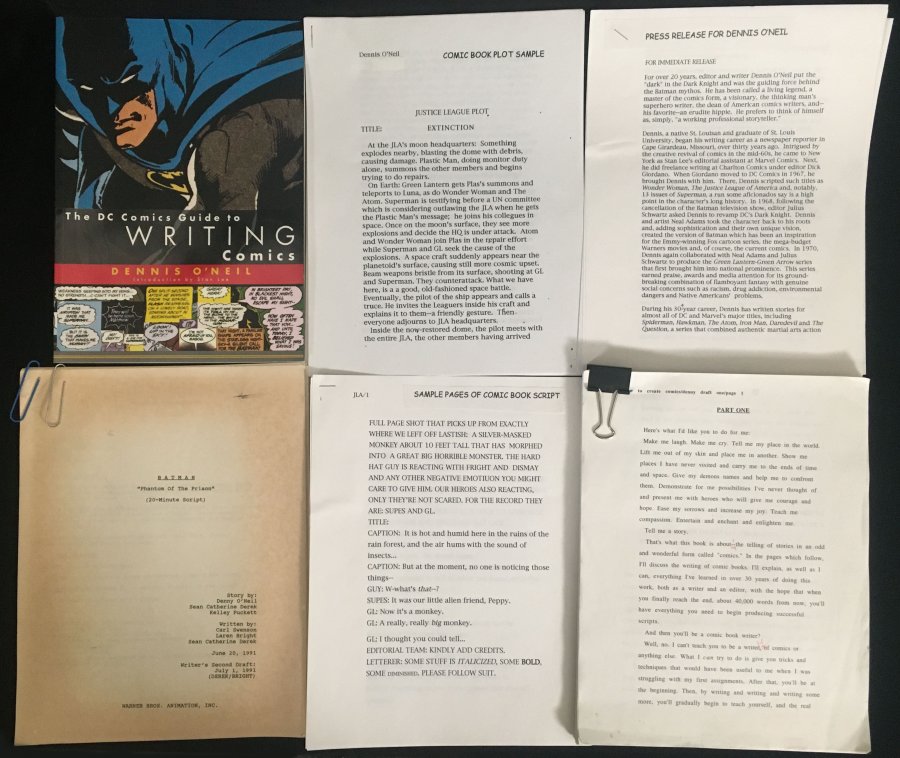 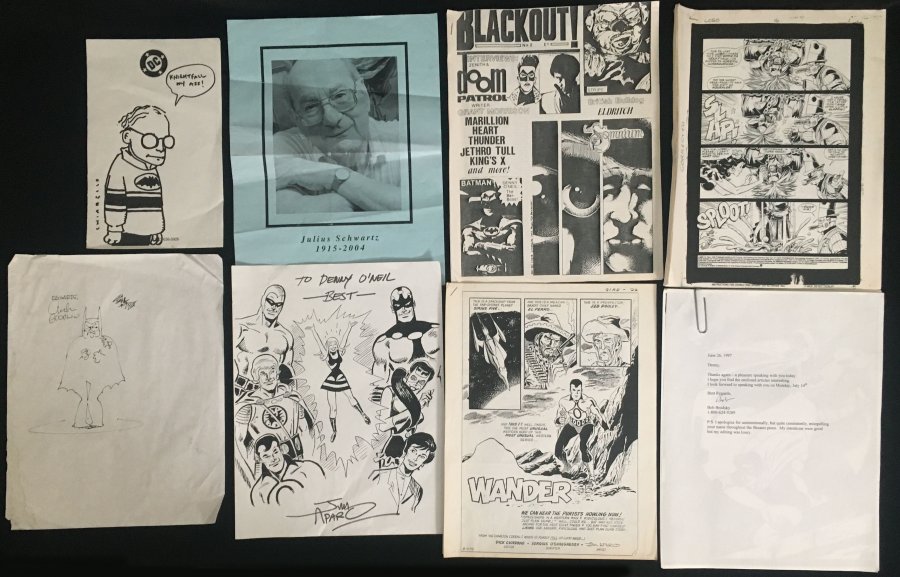 We would like to send our heartfelt gratitude to all the people that helped put together this astounding auction, particularly, Buddy Scalera and John Paul, whose lives and careers were profoundly influenced by Denny’s generosity and knowledge. Buddy’s copy of “The DC Comics Guide to Writing Comics,” signed by O’Neil, is one of the special pieces available in this auction. You can access their websites and learn more about the contributions they have made in Denny O’Neil’s name through the following links:

comicbookschool.com
ComicBookSchool.com is an educational resource founded by Buddy Scalera focused on the craft and business of making comics. Denny O’Neil was an important influence on Buddy’s work as the founder of Comic Book School.

first avenue elementary school
The organizers of this auction have collaborated to donate books written by Denny O'Neil to the First Avenue Elementary School in Newark, NJ. Much of Denny's work had been translated into different languages, so his stories are reaching people who may not speak English as their first language.

heroinitiative.org
The Hero Initiative creates a financial safety net for comic creators who may need emergency medical aid, financial support for essentials of life, and an avenue back into paying work. Buddy Scalera was one of the volunteers at the initiative who checked in on Denny in his later years.

njcomicbookshows.com
John Paul is the founder of Pug Productions, the host of the longest-running comic book shows in New Jersey. He is a recognized authority on comic books, collectibles, and events.

Click the image below to watch - Jim McLauchlin, President of the Hero Initiative,
reminisces about Denny O'Neil on YouTube. 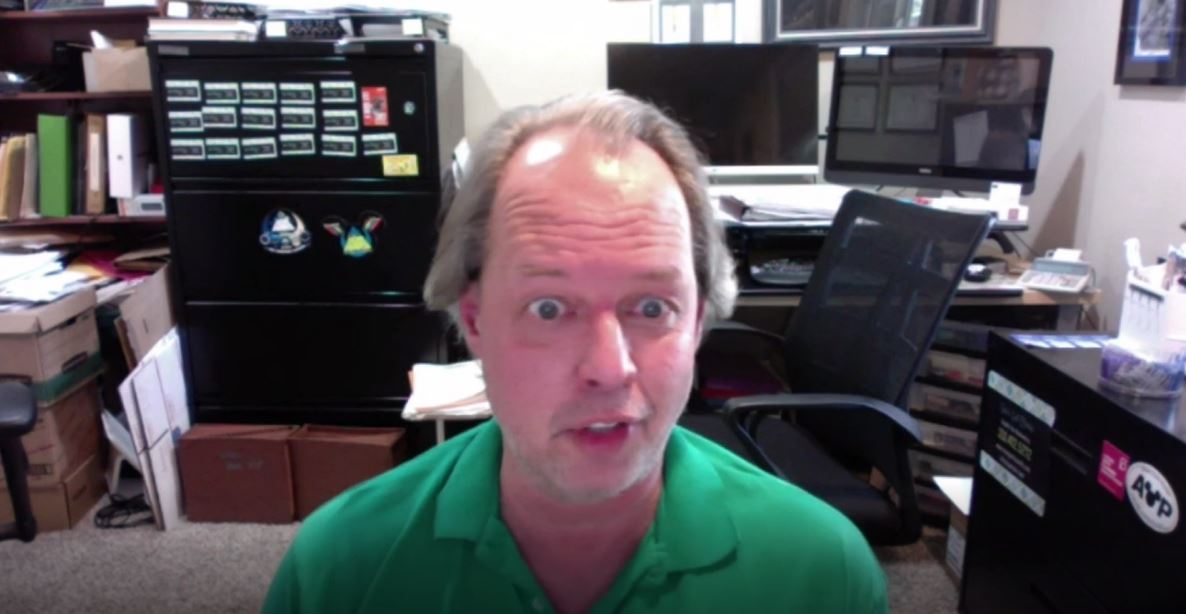