The video game market is exploding, and our Event Auction#48 is filled with a mountain of great games,” with tons of fan favorites spread over a dozen platforms, from the early days of home gaming through to today. For first-time bidders or experienced video game collectors, the auction offers something for you.

For collectors of the obscure, a trio of Double Dragon games is up for grabs and every one a rare big box PC game that is very difficult to find in high grades. Owning a copy of Ninja Gaiden Shadow is considered as one of the ultimate achievements by Gameboy collectors. Similarly, the Blues Brothers for Gameboy is a very rare Gameboy title; developed by Titus France, Titus games typically had very low print runs, and Gameboy games were often mangled by children and clerks alike, making Blues Brothers’ 9.4 A+ grade from WATA an incredible feat! 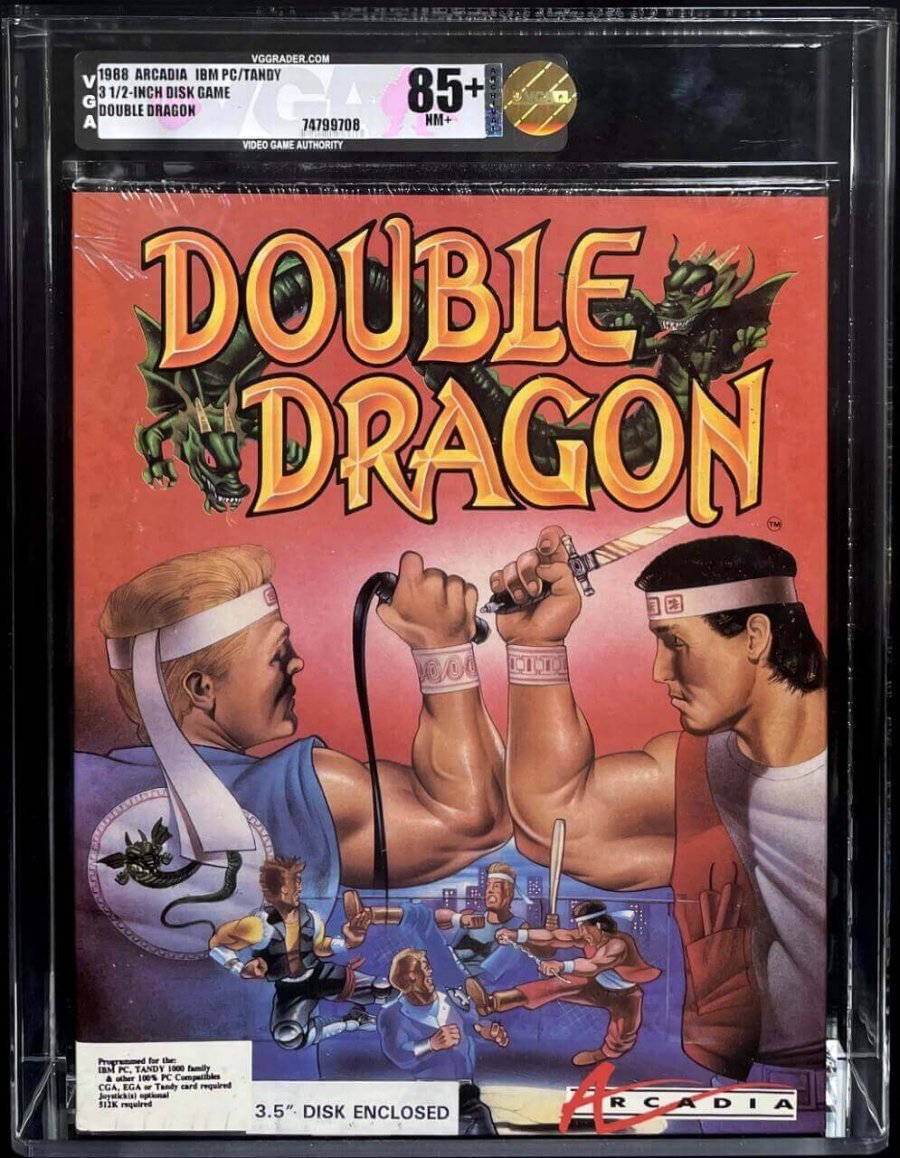 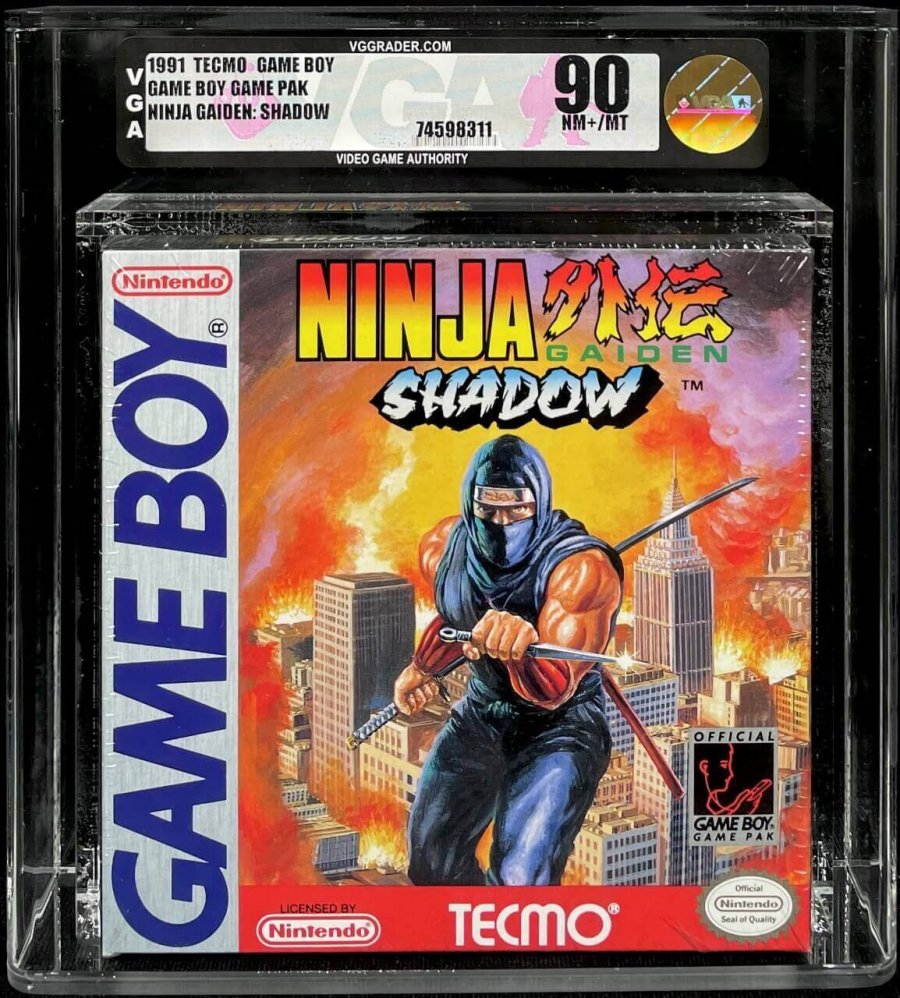 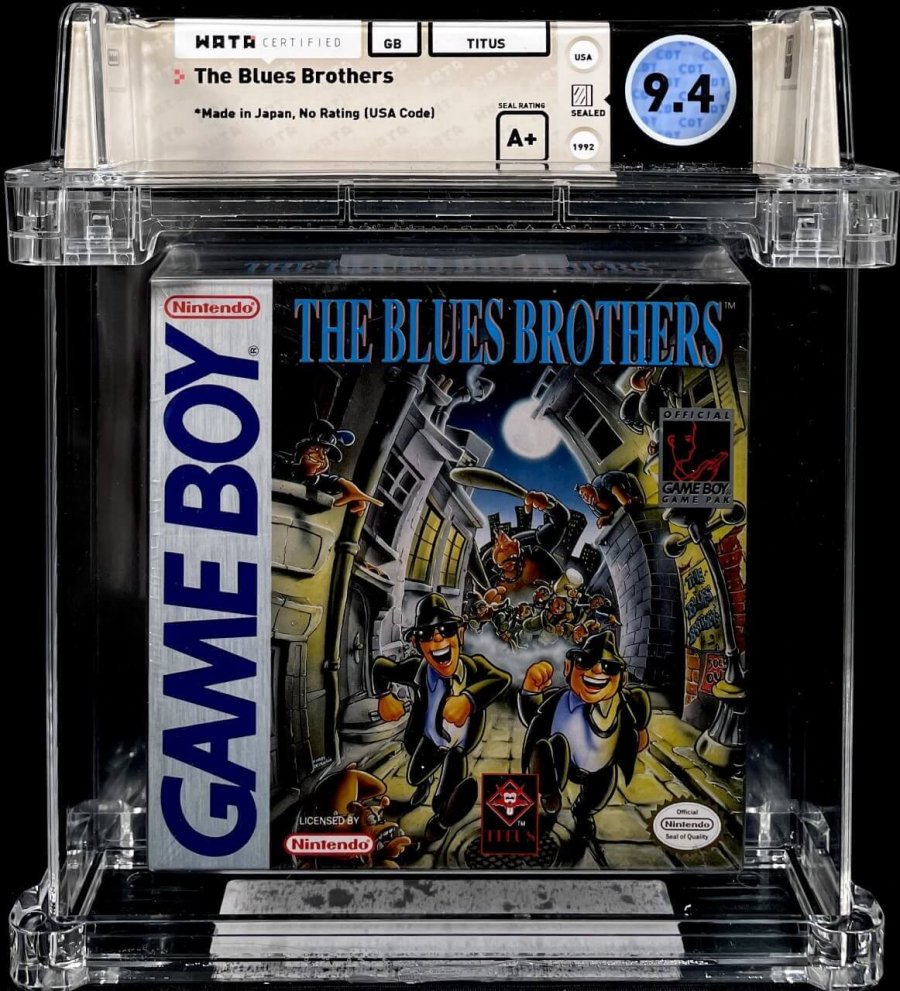 Following record sales of Mario titles in recent months, the graded game market has often centered around key Nintendo games, and EA48 has plenty to offer! Donkey Kong Classic for NES is a highly underrated Mario cover and game, reissuing the first appearances of Mario and Donkey Kong in Donkey Kong and Donkey Kong Jr. Featuring Mario back when he was known only as Jumpman, our copy earned a mind-blowing 9.8 A++ grade from WATA! Fans everywhere will jump for joy when they see it! 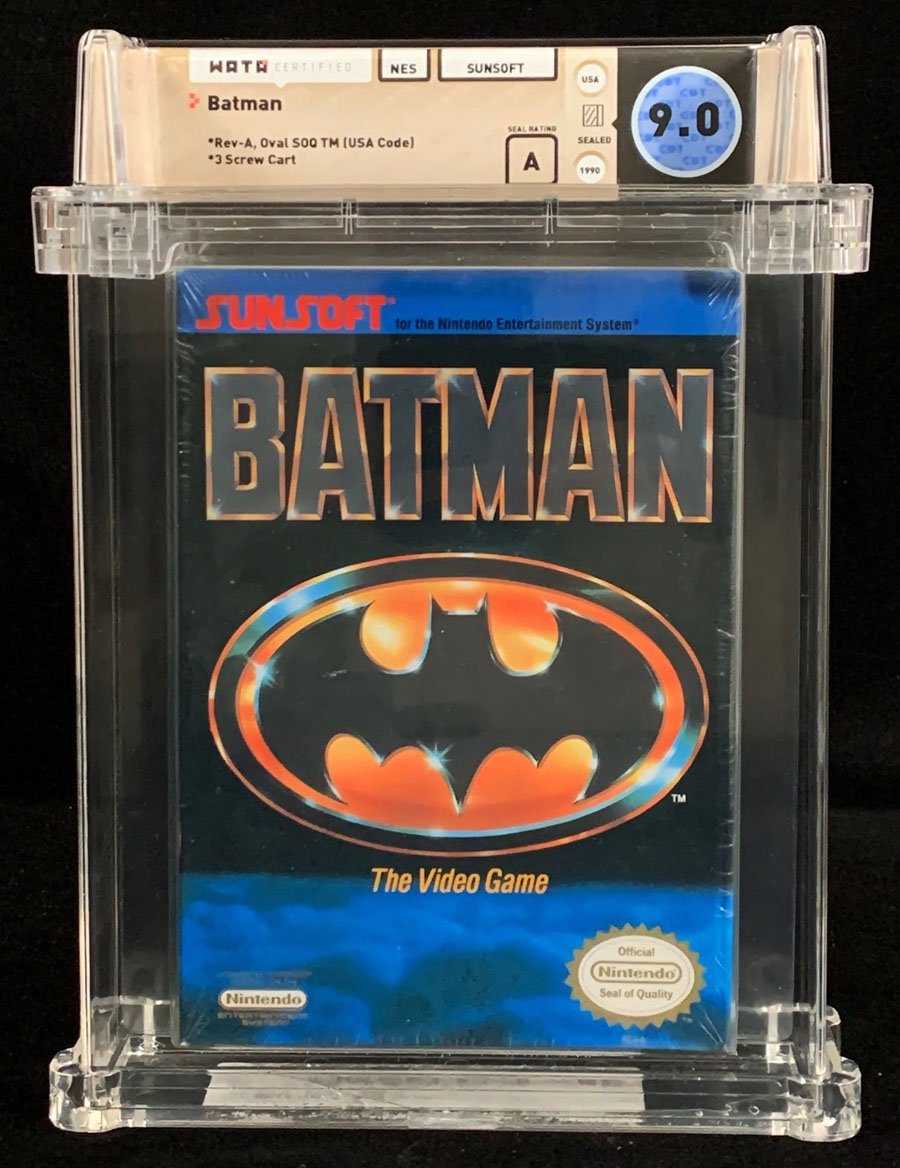 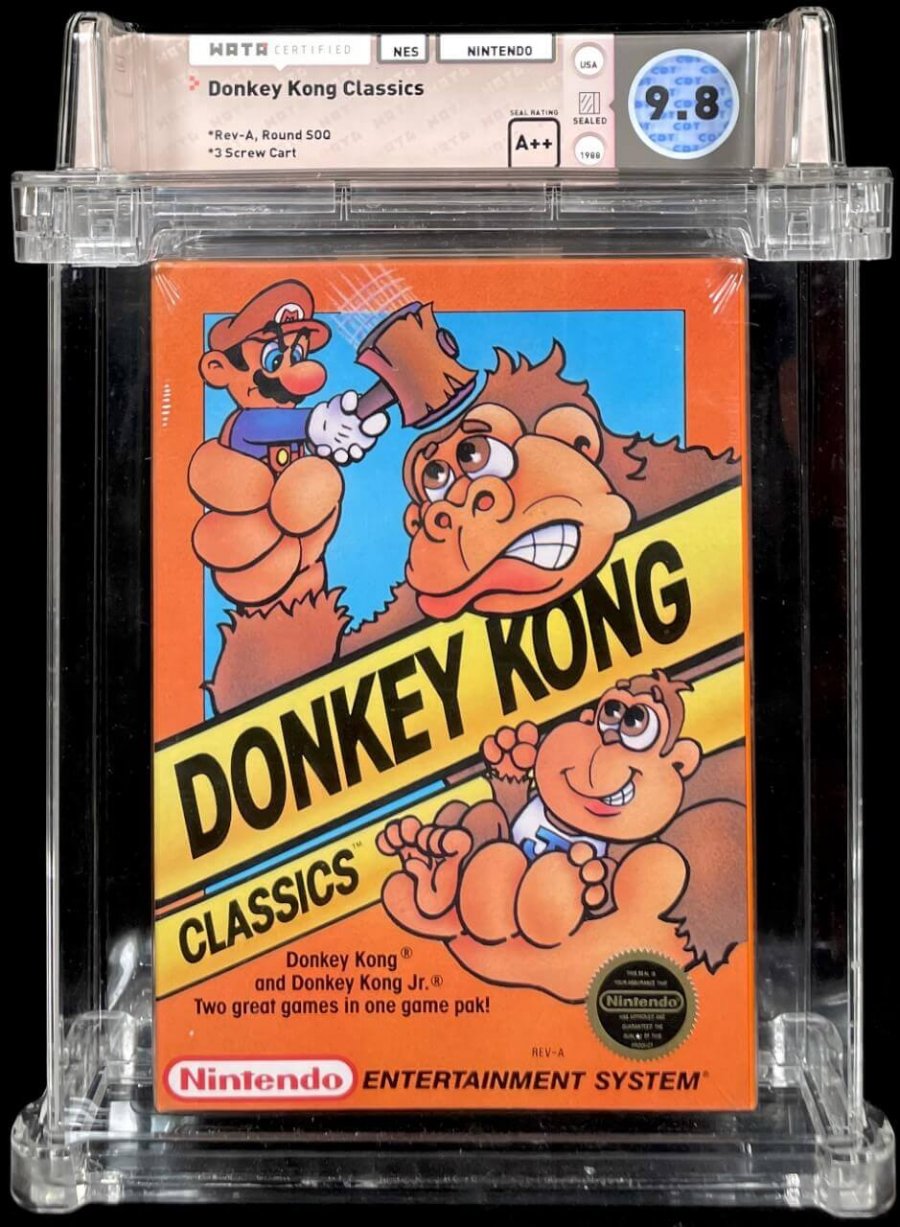 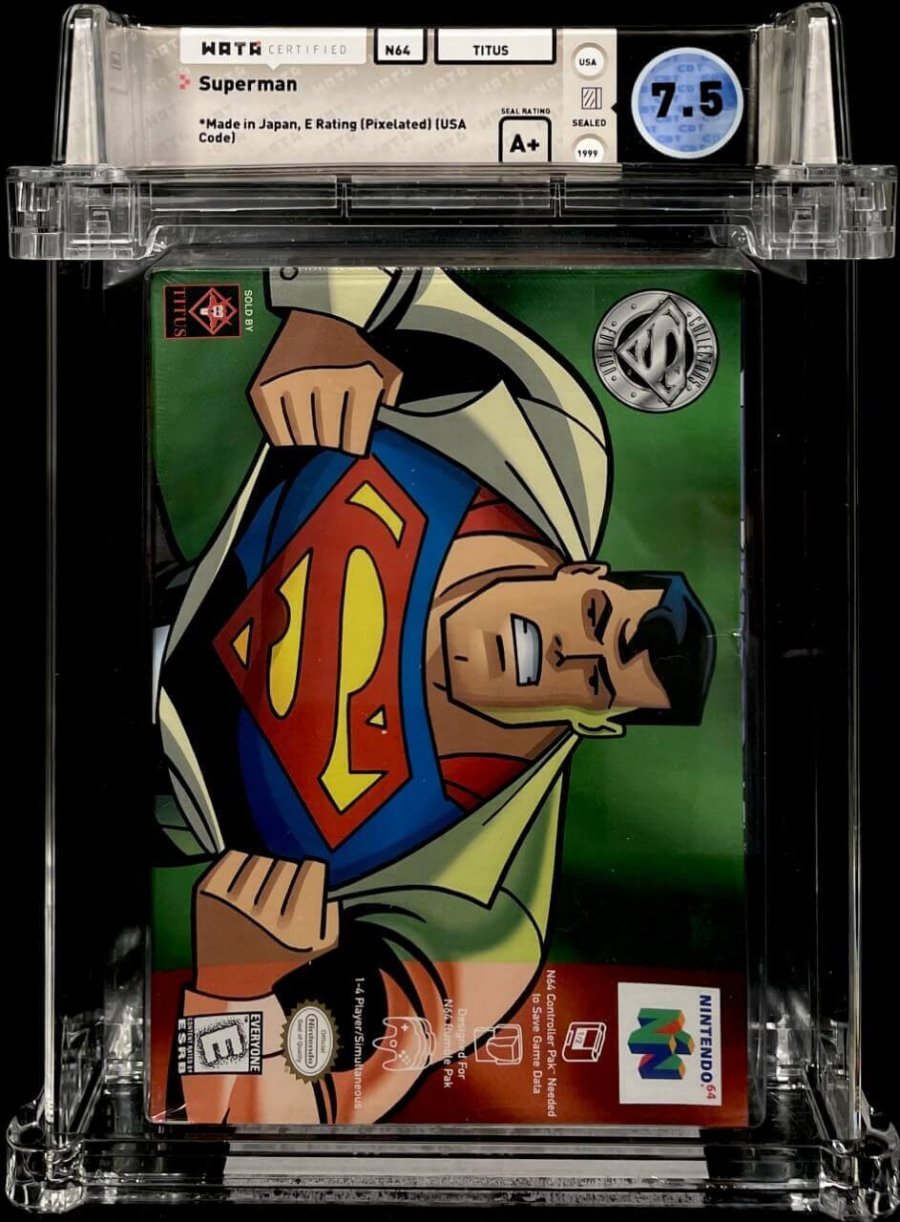 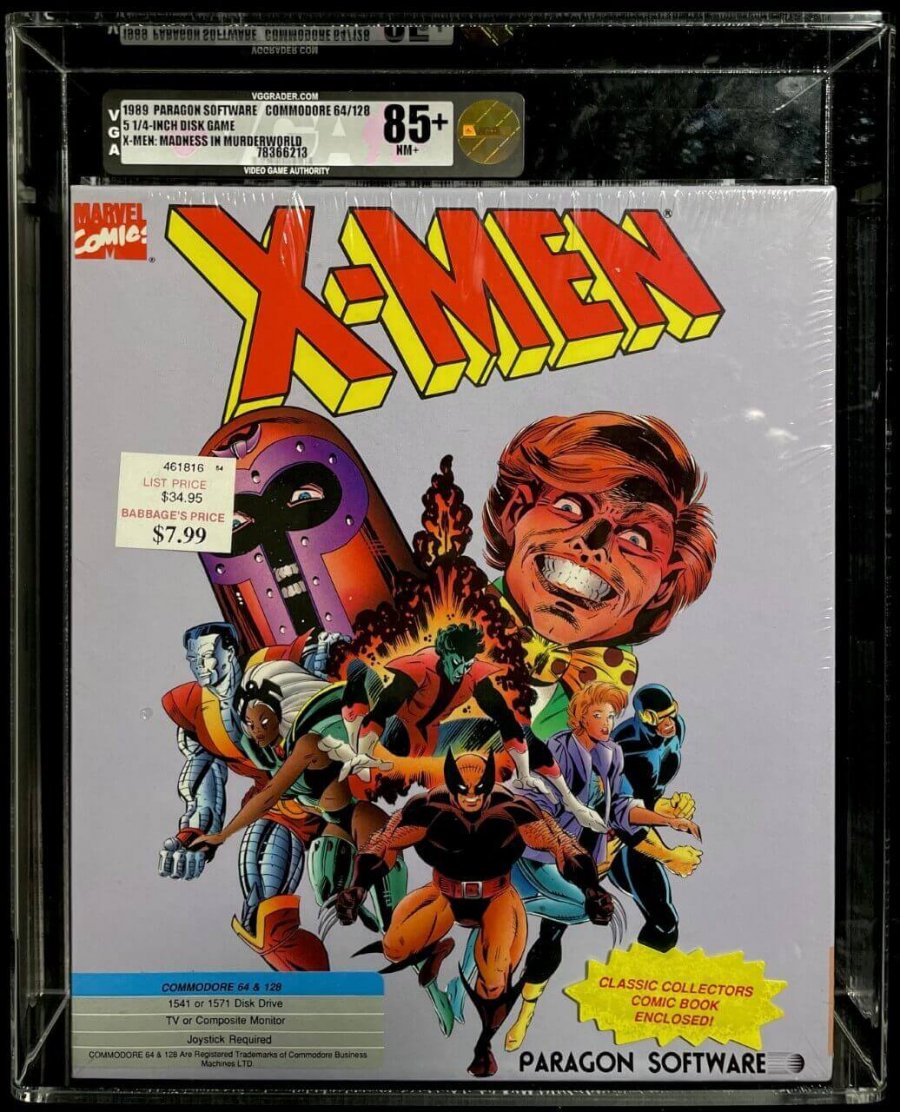 Comic collectors are eagerly watching some of the classic superhero and comic-book videogames up for auction. Notably, X-Men: Madness in Murderworld for PC, the 1st ever X-Men home game, is extremely rare. This game contains a giveaway promo comic, with only 5 graded copies existing on the CGC Census! Our auction’s copy earned a stunning 85+ NM+ from VGA. Other comic book games include the iconic Batman (89) for NES and the infamously difficult Superman for N64, as well as multiple other Batman, Superman, and Spider-Man titles. The auction even includes more off-beat comic book games like Spawn, Judge Dredd, and Dick Tracy! 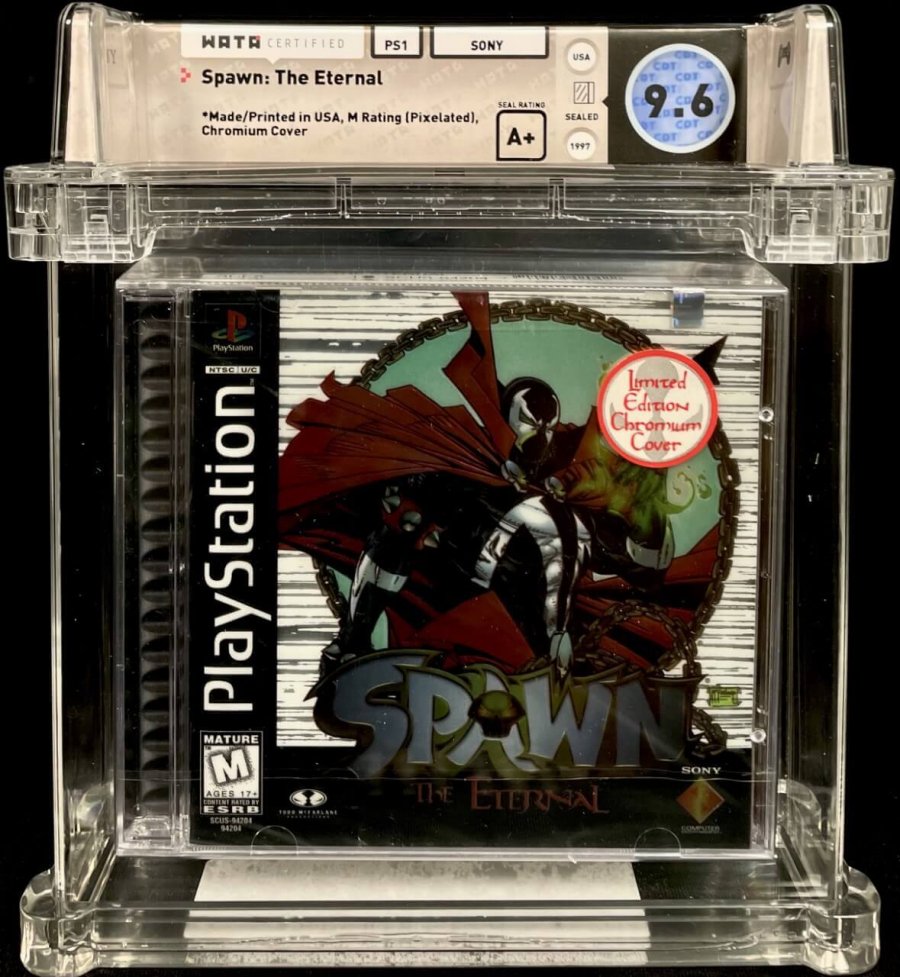 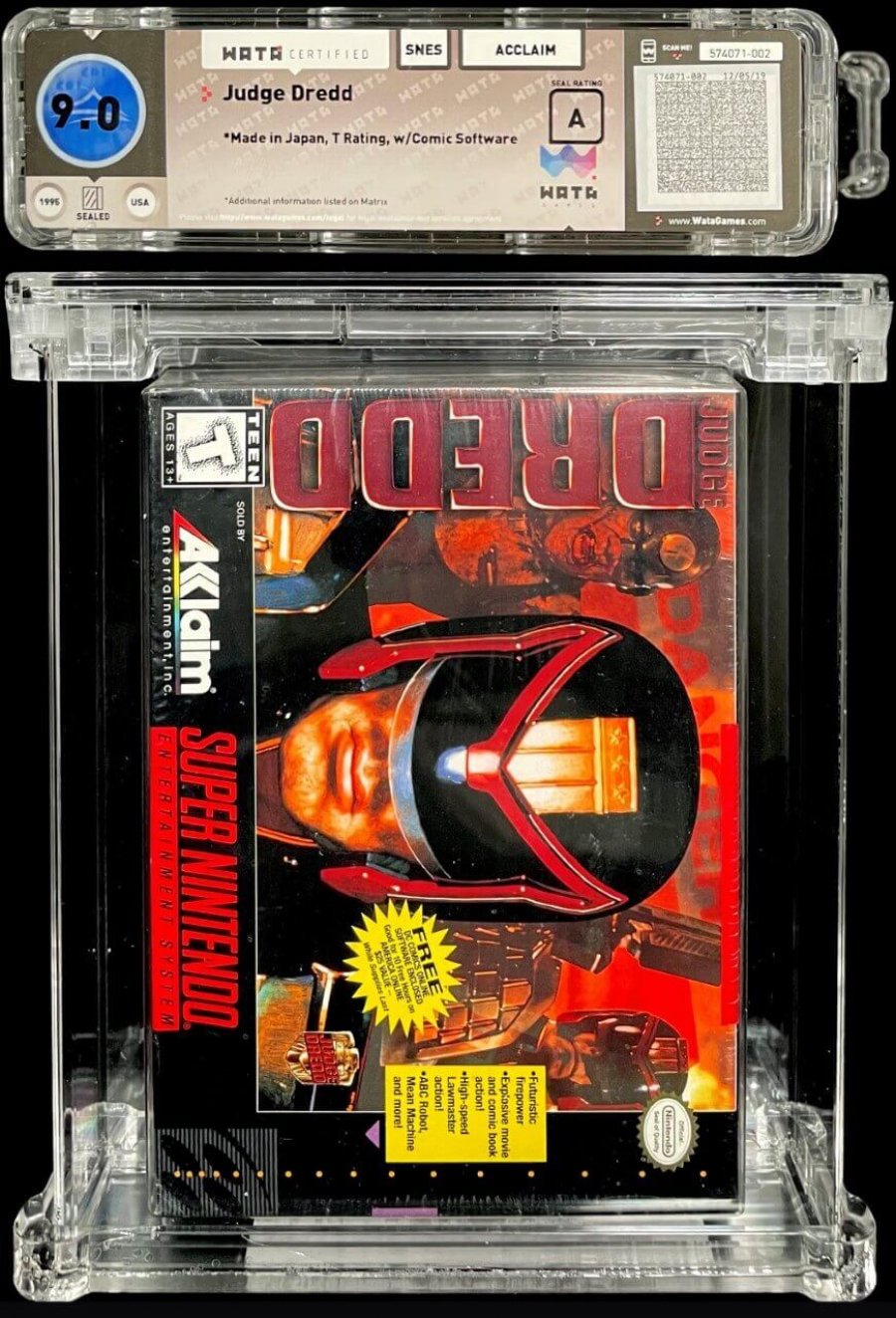 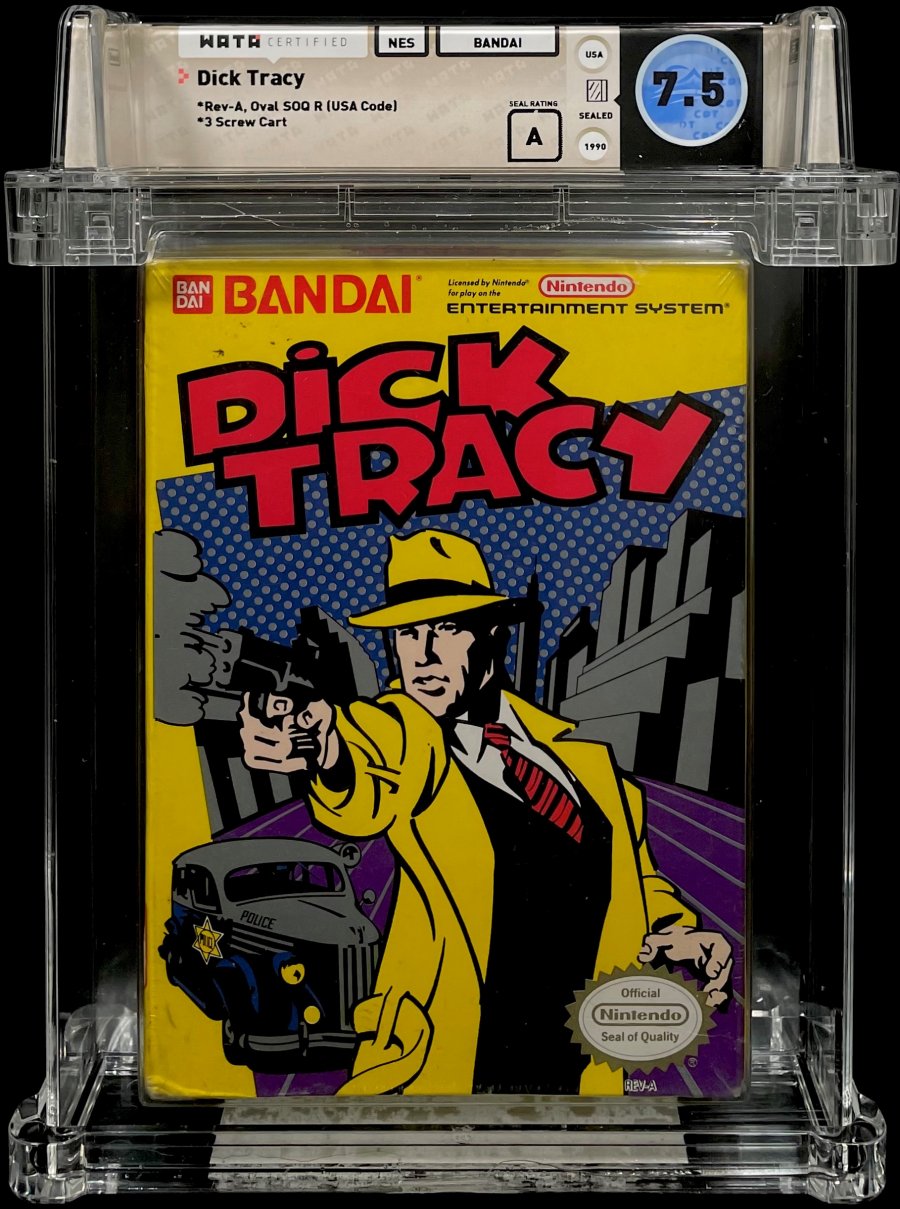 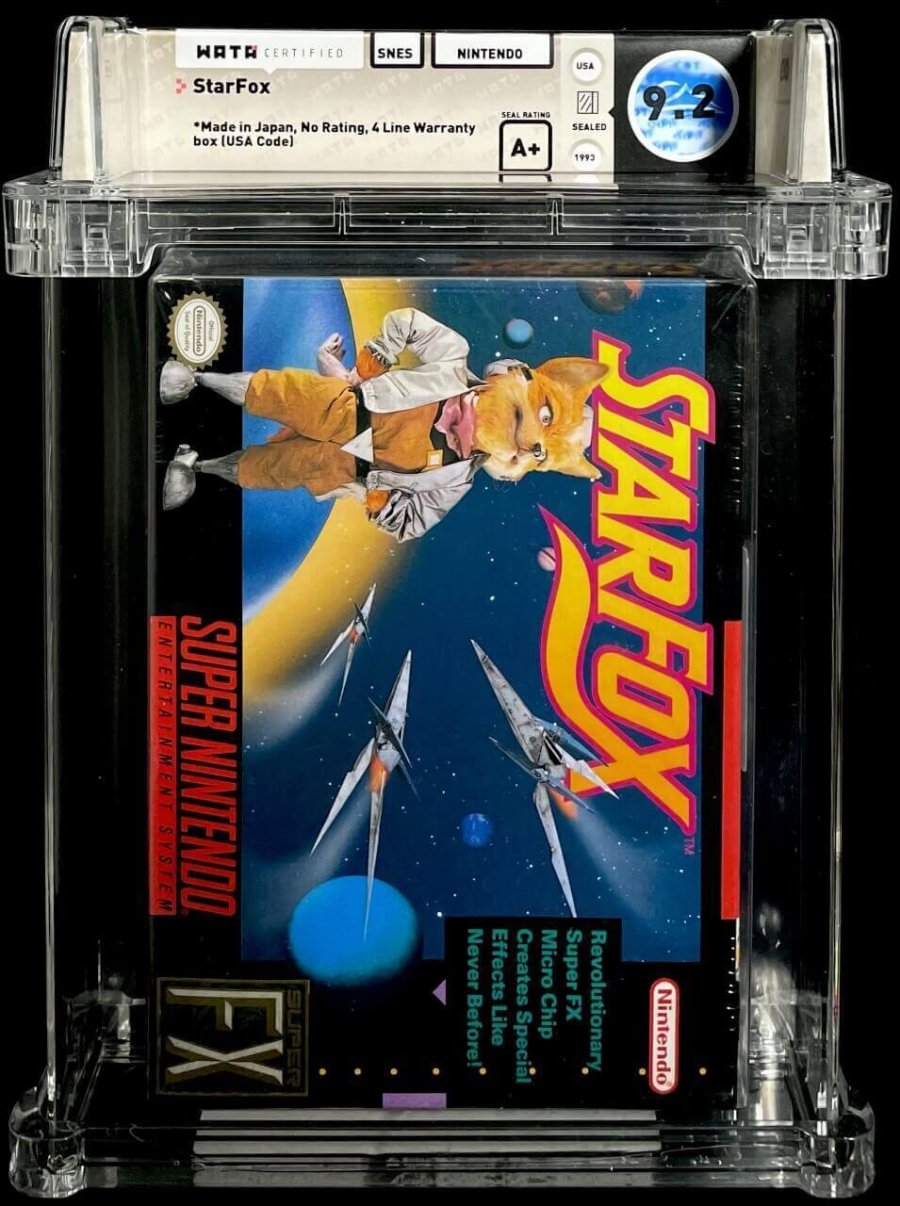 StarFox for SNES is another all-time Nintendo great being the first appearance of Fox McCloud, the first Star Fox game, the first game to use the Super FX Chip, and at a WATA 9.2 A+, the highest graded copy we have ever offered! As well, Donkey Kong 64 is up for auction - our site’s first-ever copy! As the first 3D Donkey Kong game, the first game to use the N64 Expansion Pak, and the first appearances of many of the Kong family, this game is very tough to find in high grade. Our copy bears an awesome 9.4 A++ grade from WATA. EA48 also includes modern Nintendo games, like the award-winning Legend of Zelda: Breath of the Wild for Nintendo Switch. You won’t want to miss it! 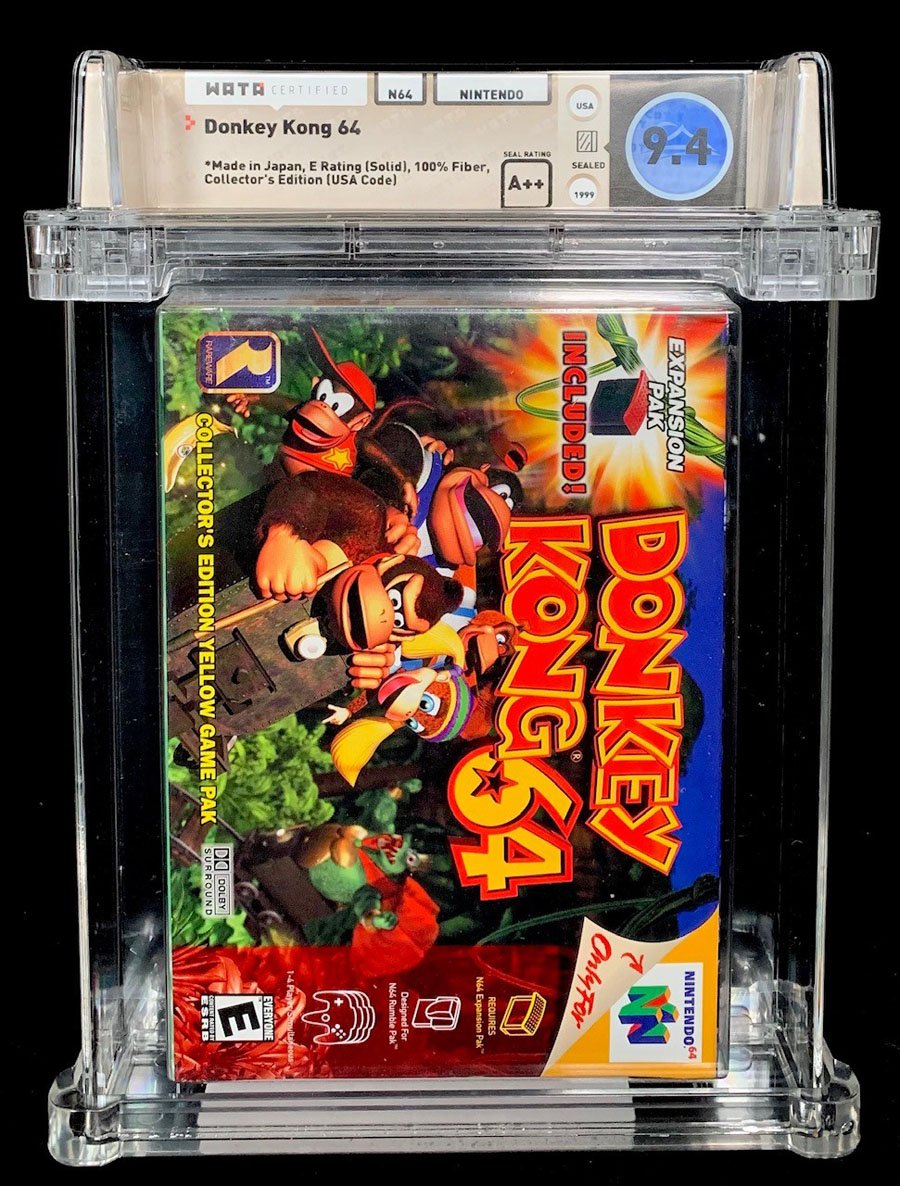 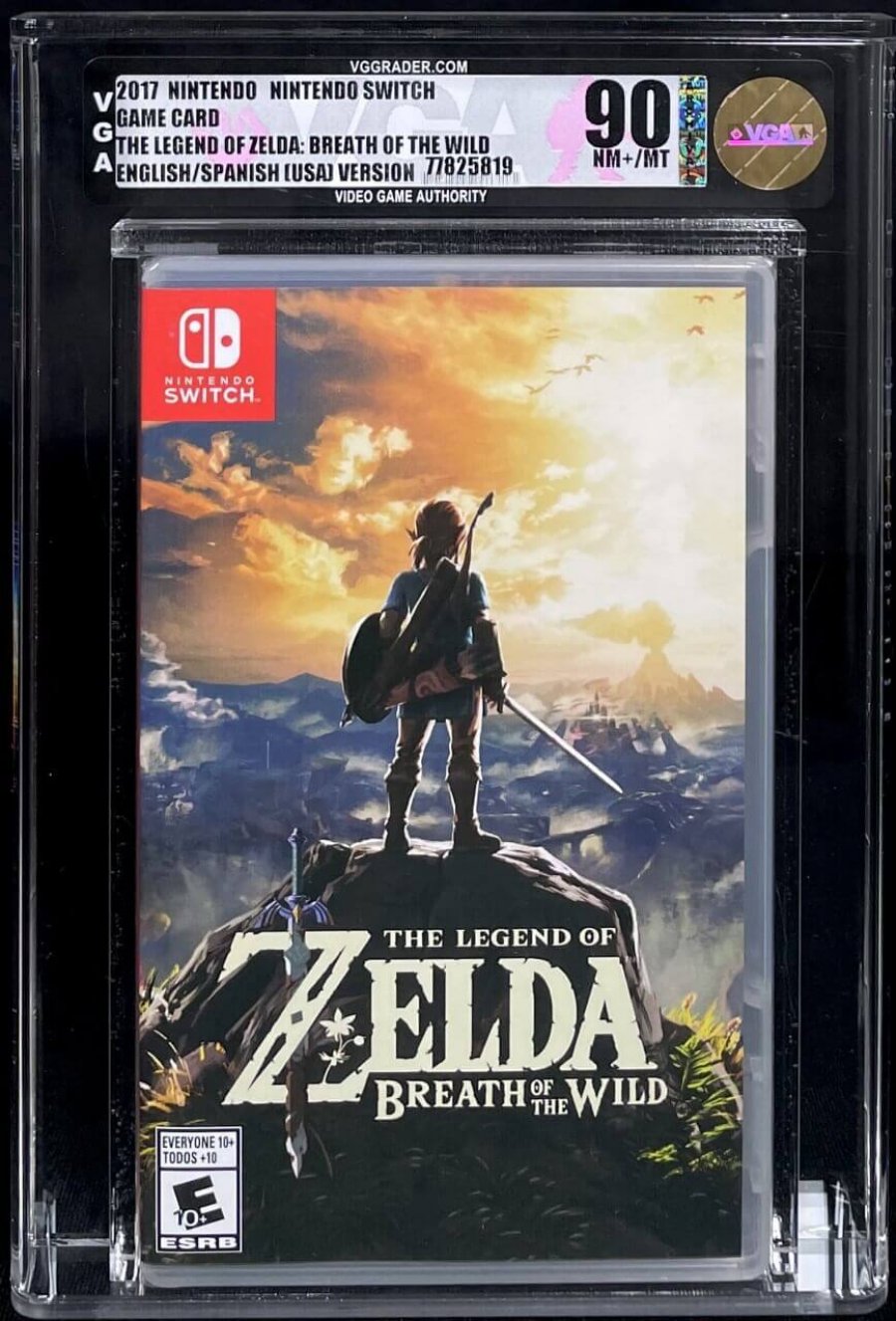 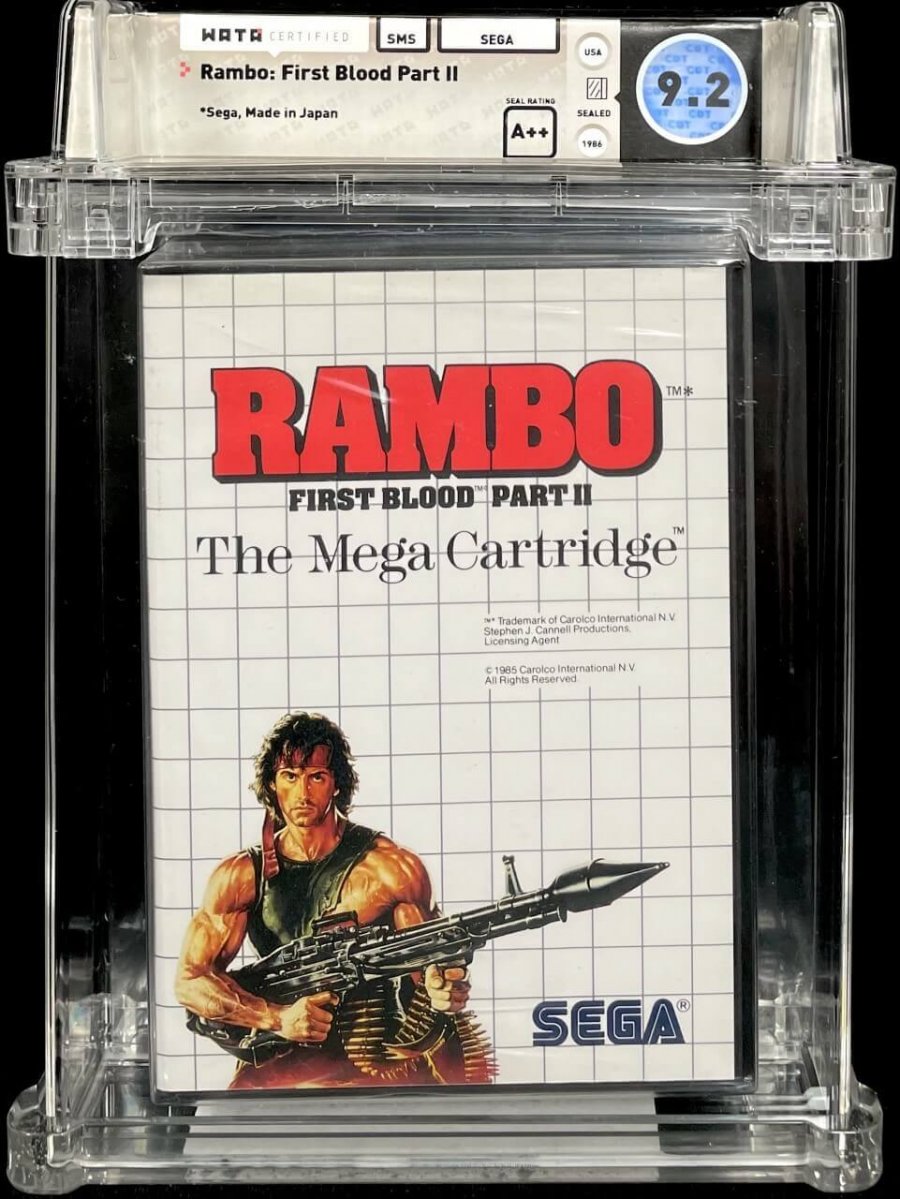 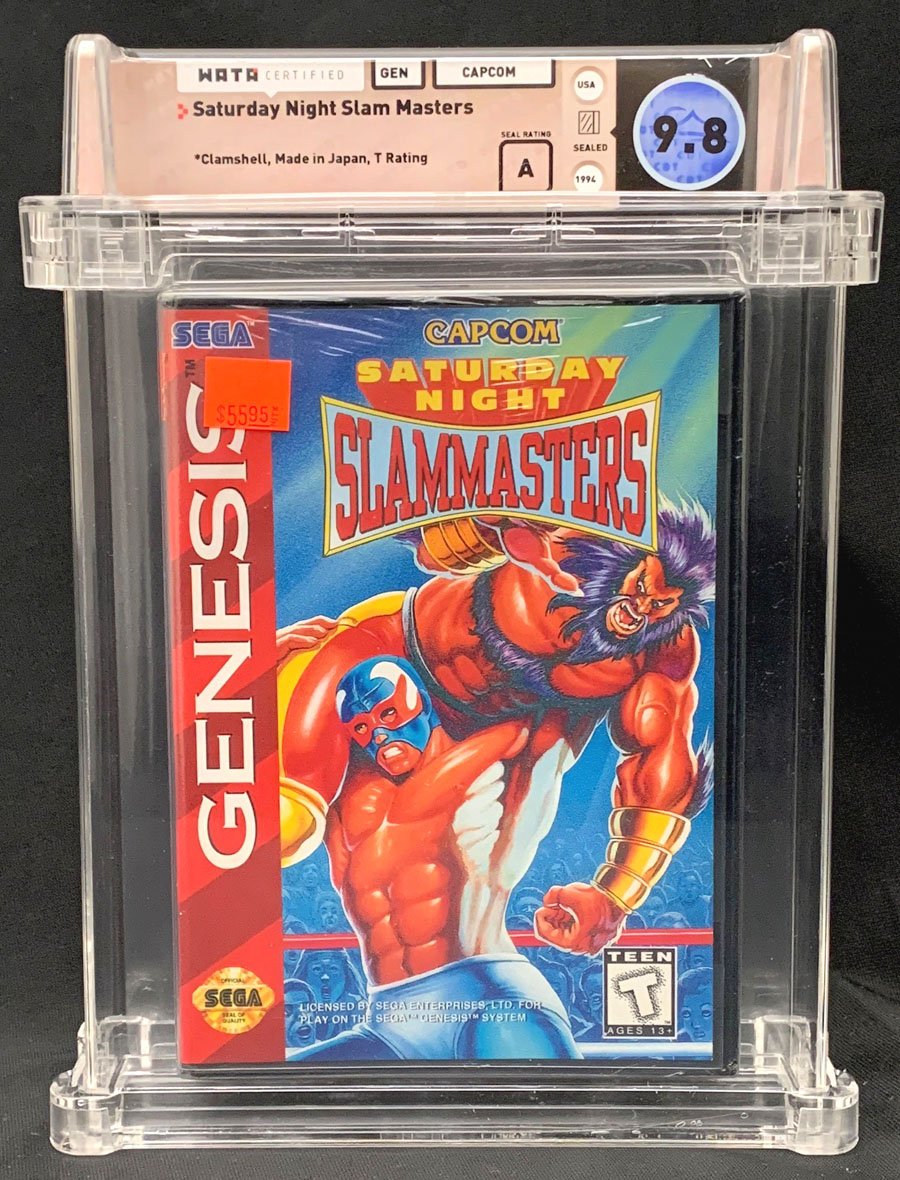 Multiple Sega games are featured as well, including some early Sega Master System Grid Box games, like Rambo: F irst Blood Part II featuring a classic Stallone cover. For Genesis, we have Saturday Night Slam Masters with a 9.8 A grade from WATA. This high-grade game is a must-have for any wrestling fan, a port of the 1993 Capcom arcade game, and notably includes Haggar from Final Fight. 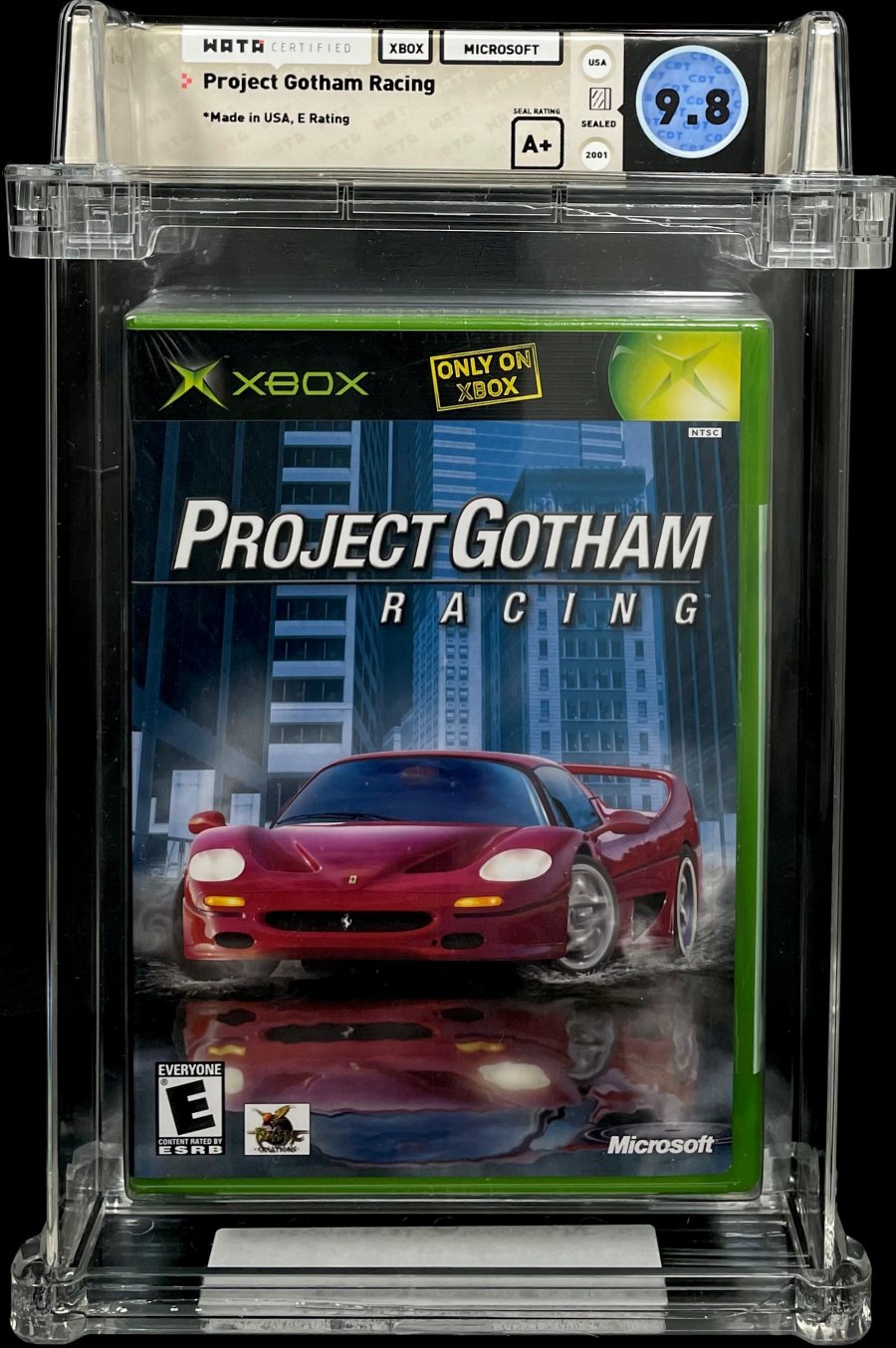 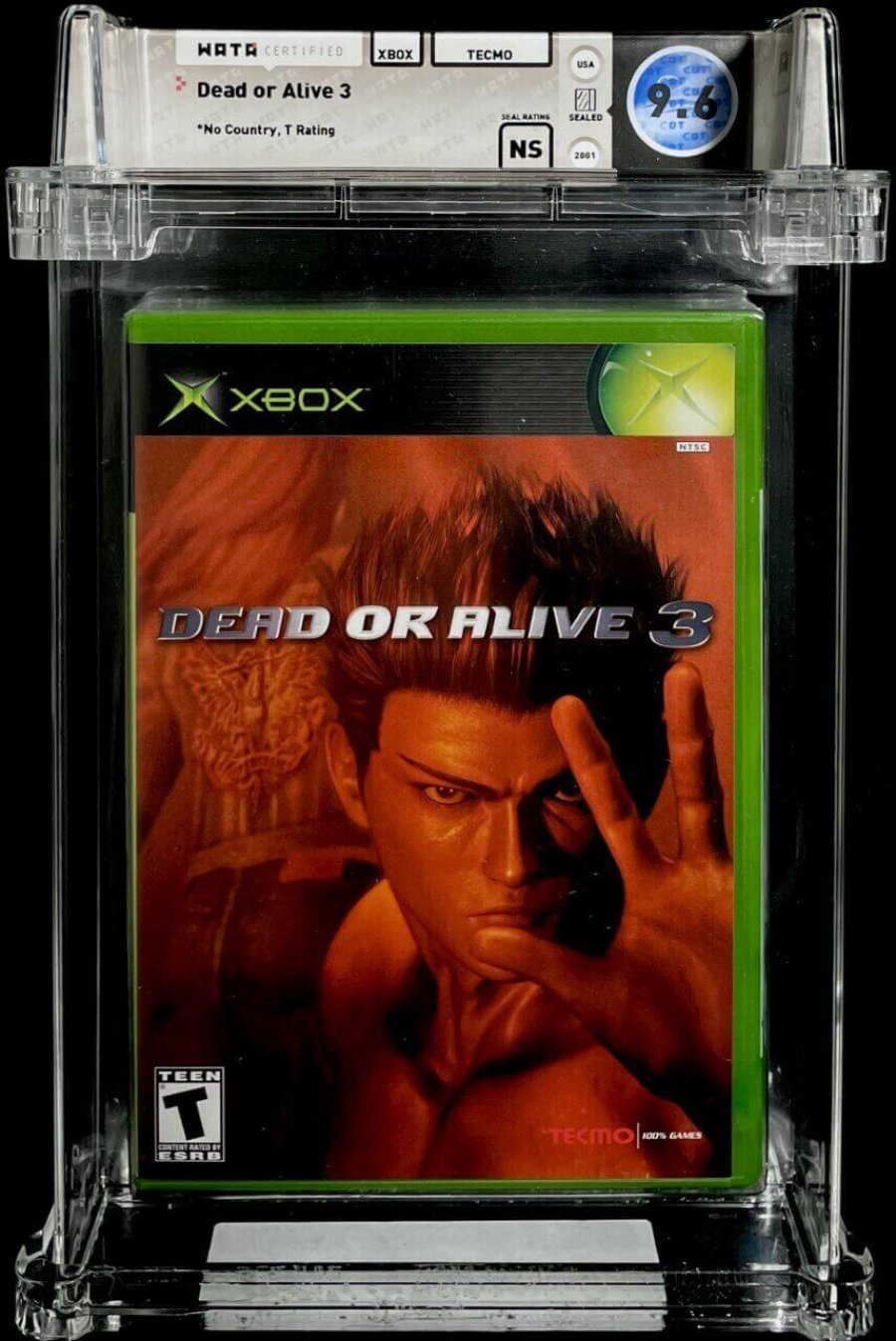 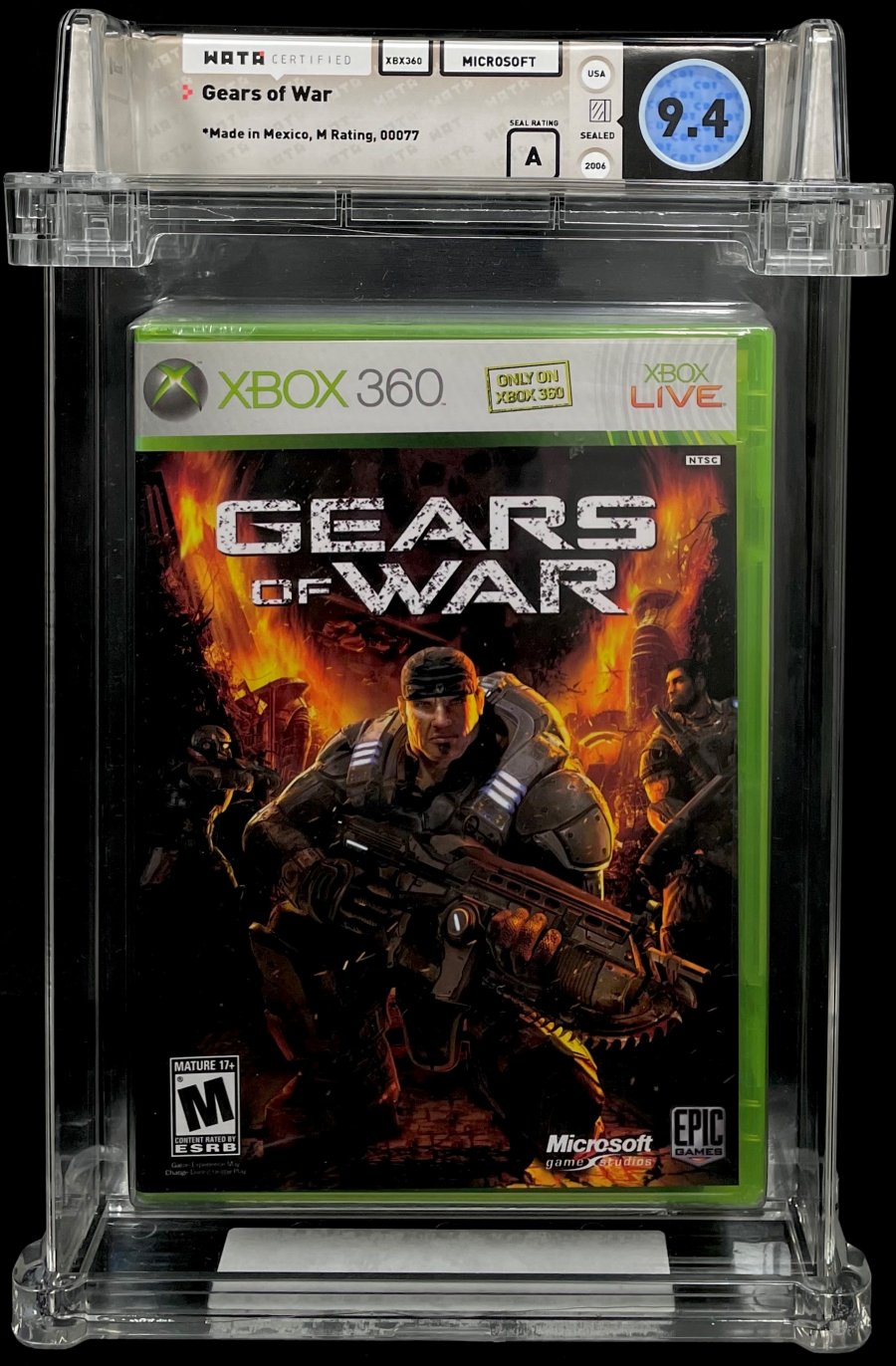 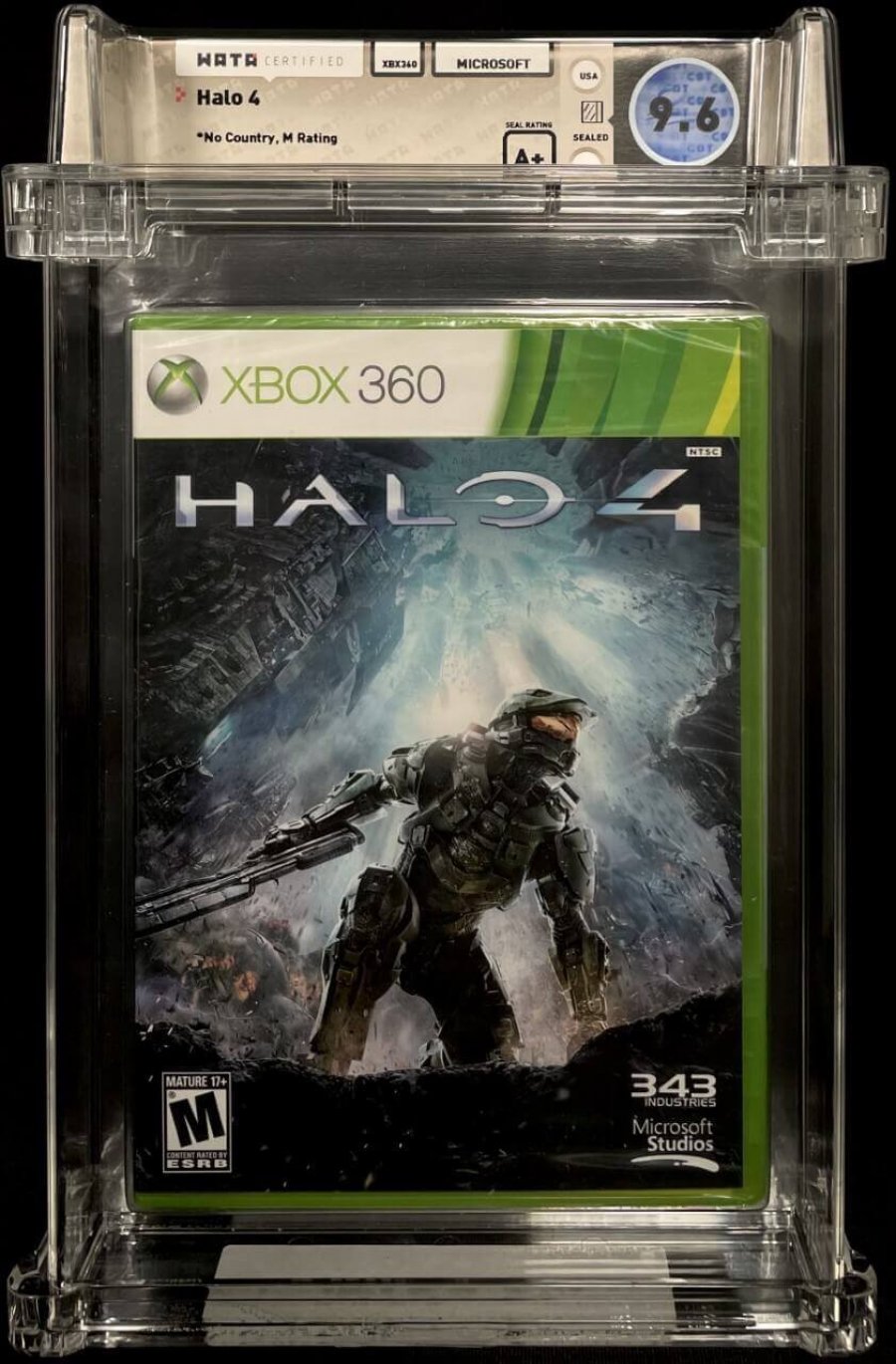 Modern giants Xbox and Playstation are also garnering attention in this auction. Xbox launch titles include Project Gotham Racing and Dead or Alive 3. Cornerstone Xbox franchises also appear, including Gears of War, Gears of War 3, and Halo 4. These are essential for any Xbox collector. 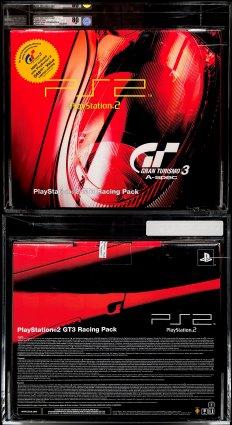 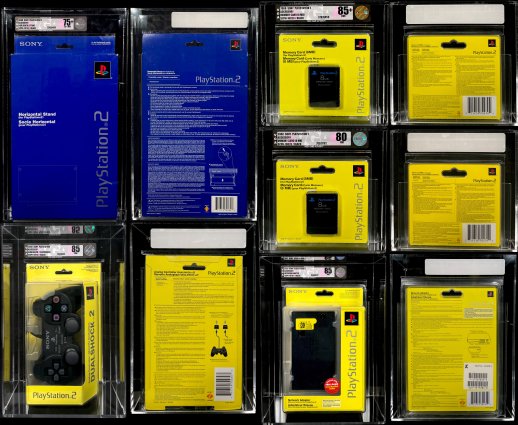 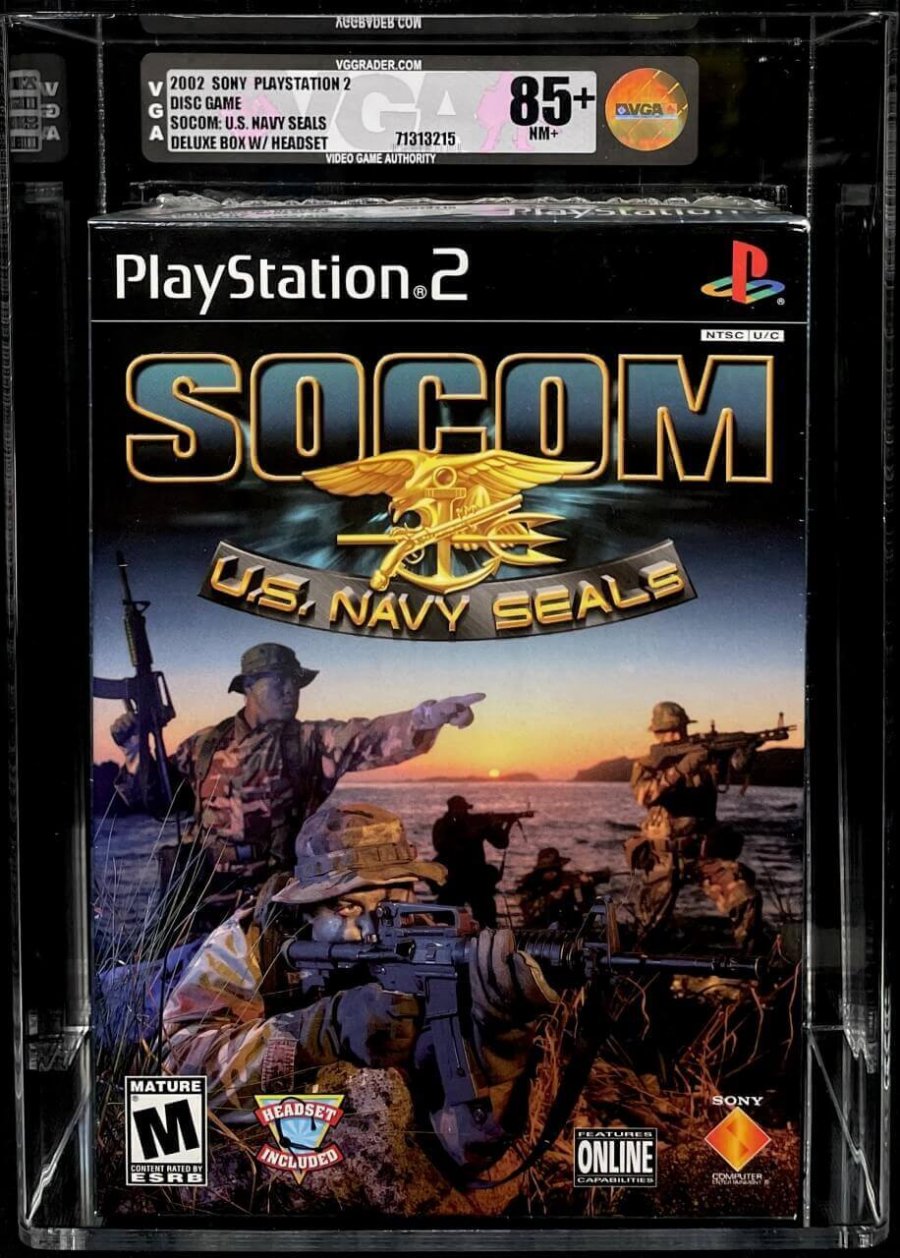 Playstation games include the Playstation 2 Gran Turismo 3 Racing Pack Console lot, including two memory cards, a network adapter, vertical stand and dual shock controller – instant PS2 console w/ accessory collection! A deluxe edition of SOCOM: U.S. Navy Seals, the first PS2 game to ever use a headset, includes both game and headset in a beautiful VGA 85 grade. With key games from every major console, Event Auction 48 is shaping up to be an amazing video game auction!

The auction runs through December 18, 2021, at 8PM EDT. Consign to ComicConnect’s next auction, email Jeff Maza at jeffm@metropoliscomics.com or call him 212-260-4147 (x110). “Get in touch with me today to be a part of the hottest collectible market in the world,” Maza said.