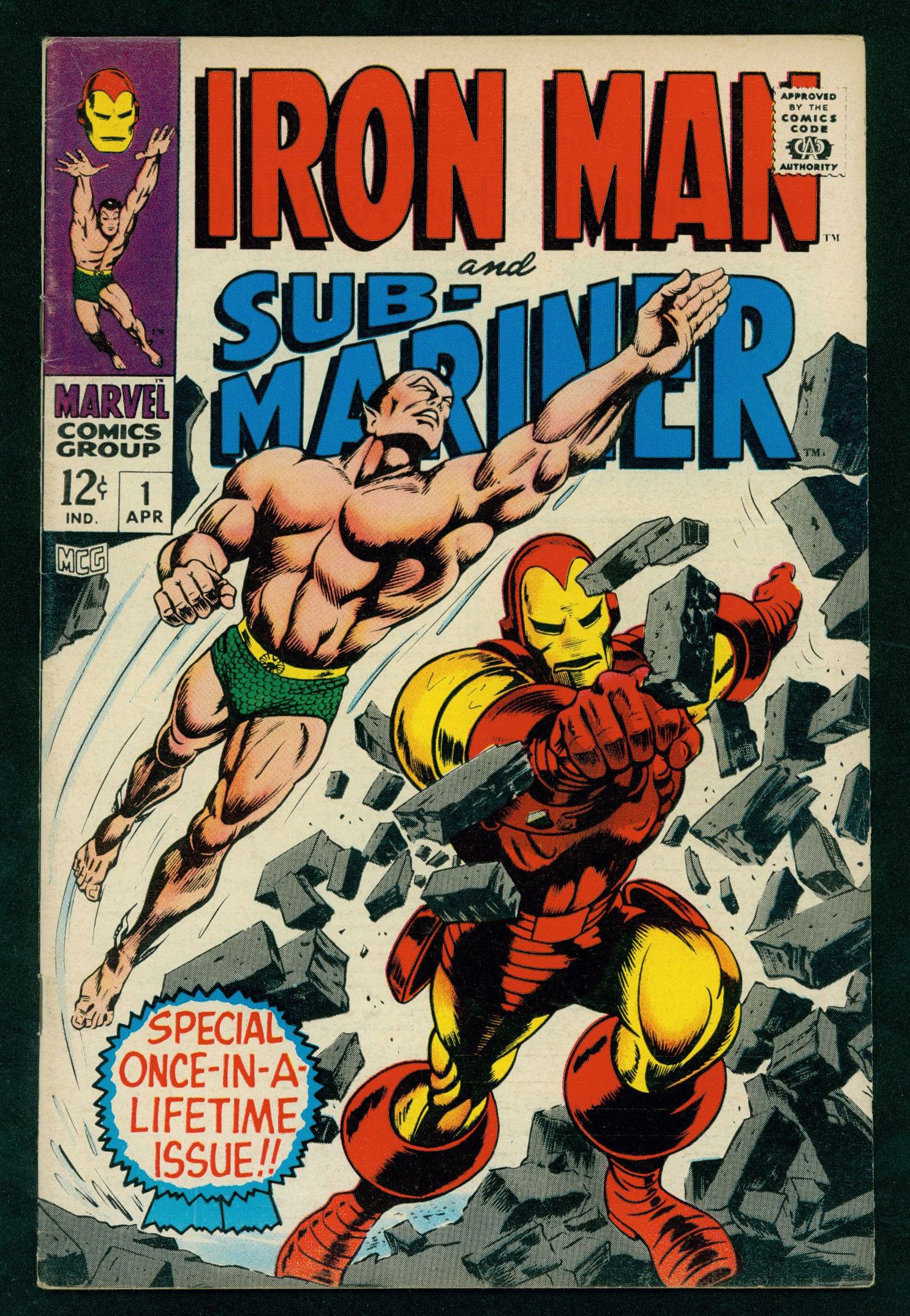 $43
Sold For
5
Bids
This auction has ended.
PUBLISHER: Marvel
COMMENTS: pre-dates Iron Man #1 & Sub-Mariner #1 (4/68)
Read Description ▼
Sell One Of These Inquire About This

Watch
pre-dates Iron Man #1 & Sub-Mariner #1 (4/68)Though the cover boasts an action packed team up between the two title heroes; neither are on the page together in this issue; so you know you "don't judge a book by its cover." Instead this comic contains two separate stories continuing from Tales of Suspense and Tales to Astonish respectively; predating both Iron Man #1 and Sub-Mariner #1. With Iron Man's popularity peaking on the silver screen and Sub-Mariner's soon to come, this will undoubtedly be a highly sought-after issue for collectors and aficionados.
Artists Information