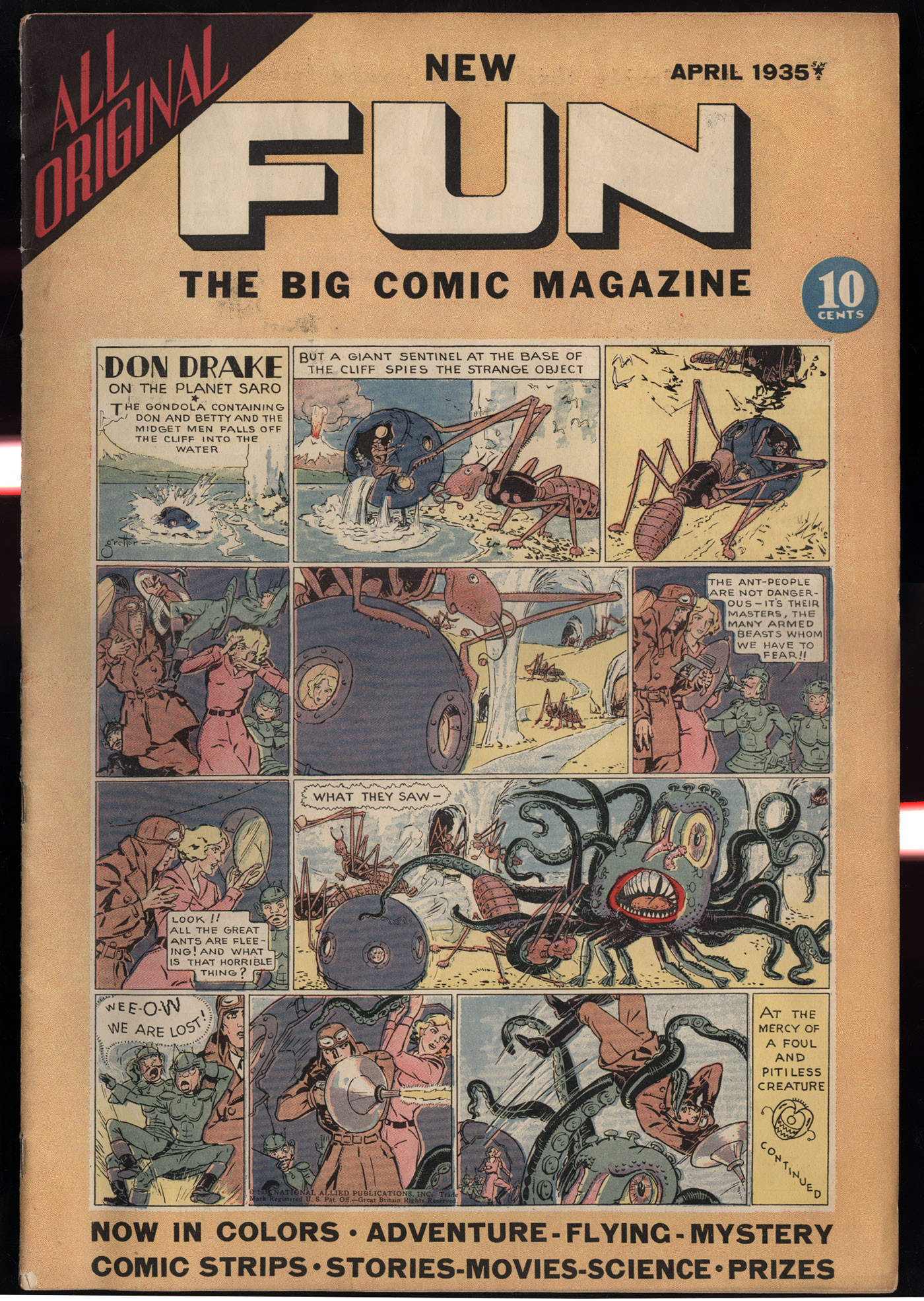 Watch
rare!
1st sci-fi comic book cover! 1st DC letter column (4/35)New Fun Comics was the first publication put out by what would eventually become DC, the large-format book was notable for containing all-original content, and also for having the first ads in comics, which were originally sponsored by one business or another. The title would go on to be rechristened More Fun Comics later in its run, which would become the home to many important DC superheroes over the years. But this particular issue has the honor of being the first comic book to have a science-fiction themed cover, the Don Drake strip that graces the front page would inaugurate a grand tradition of space-bound action that would loom large in Golden Age titles like Planet Comics. This book is an exceptional collectible that comes from the very beginnings of the comic book art form.